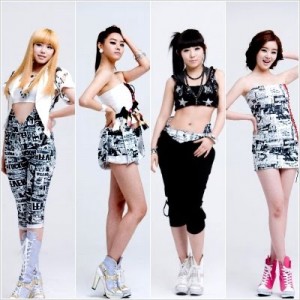 It’s common knowledge that youth is a huge factor in the attractiveness K-pop holds for many people. While there are some solo artists in their late twenties and early thirties, most popular K-pop groups (with the exception of Shinhwa right now) have an average age that fall in the early twenties. For example, popular groups such as C.N. Blue, Infinite, SHINee, and Teen Top all have average ages under 23. SNSD, Secret, and 4Minute have respective current average ages of 22.6, 22.3, and 21.2. But as K-pop becomes more and more competitive between groups, we have begun to see younger and younger artists make debuts, sometimes even before their fifteenth birthday.

Being in the K-pop industry requires immense amounts of emotional maturity. Many artists live away from home for most of the year, either doing promotions or training for comebacks (in both South Korea and Japan, sometimes even China), holding world tours for months on end, filming for a new drama, or even being photographed for multiple magazine spreads. They don’t get much sleep and snooze every second they can get on car rides or flights to their next concert, and spend a lot of time in dance and recording studios with their group members, perfecting their choreography or singing pitch for hours on end. Immensely popular idols are also robbed of their privacy, as fans trail behind them everywhere they go. It’s not a secret that being an idol is an extremely tough career path, although it looks glamorous from the outside. But with so many young teenagers making debuts into this kind of demanding industry, it’s hard not to ignore the fact that many of them are giving up the opportunity to lead a normal life as high school students for an opportunity for fame instead. Not only that, K-pop fans are not known for being innocent and reasonable about their love for their favorite idols, and needless to say, there are plenty of dirty-minded older fans out there who probably don’t give fandoms too great of a name. Should entertainment companies take these facts into consideration and stop hiring baby-faced teenagers for their groups? 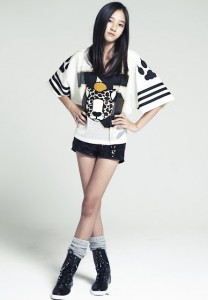 One of the most notorious entertainment companies in K-pop today, Core Contents Media, is currently under some fire because they announced the addition of a new member to T-ara. Dani, a 14-year old girl from the United States, has been confirmed as the ninth member of T-ara.

While many fans are a little confused as to why CCM would even bother adding new members, since T-ara seems to be doing just fine as a seven-member group, but what confuses me is why they would add someone so young. The youngest member of T-ara right now is Jiyeon, at eighteen years old. With a four year age gap between the new youngest member of the group and the current youngest member, there will definitely be a little strangeness in terms of dynamics in T-ara. T-ara is also known for having tons of “ahjussi” fans, just as any other popular girl group out there. Does anyone else find it a little disturbing that these middle-aged men will now be fanboying over a girl that’s probably younger than some of their own daughters? 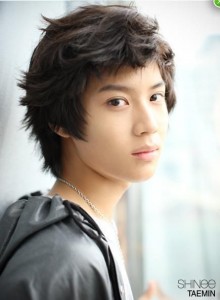 Many K-pop fans probably also remember cutie pie Taemin debuting at the age of fifteen, all fresh-faced and adorable. But while he was the youngest member of SHINee, he also boasted the slickest dance moves onstage and in their music video for “Replay,” which still remains my favorite SHINee song to date. Taemin has been pegged as the cute member of SHINee since his debut days, and even though he has taken on a sexier, more mature look in “Lucifer” and more currently, “Sherlock,” noona fans still remember the days of innocent Taemin. It’s lucky that Taemin had such good hyungs who took care of him so diligently — looking at you, Key. He also graduated high school not long ago, an admirable accomplishment for a member of such a popular group. From recent interviews, it seems like Taemin is ready to shed his image as the baby of SHINee, however, and move on to bigger things. Whether or not he will succeed in that department has yet to be determined, but as long as he doesn’t pose again as a half-naked, starved-looking French boy in an armchair, I’m sure he’ll eventually get there. 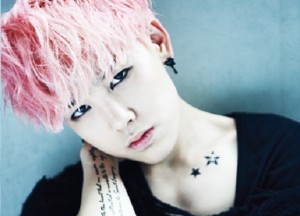 B.A.P, one of the most popular rookie groups of 2012 so far, has one of the most popular “babies” in K-pop right now: Zelo. Noona fans have swarmed around the awkwardly tall, yet lovable, currently pink-haired maknae of the group who has some serious rapping skills. At fifteen years old, Zelo is also on the younger end of the K-pop age scale, even though he doesn’t look it. According to B.A.P’s leader, Bang Yong Guk, Zelo has a very cute, active, and optimistic personality. With such youthful energy, B.A.P’s Zelo is looking to steal the hearts of thousands of noonas all across the world. I’m not so sure that’s a good thing either — I’ve seen some pretty strange fanfiction and comments from B.A.P fans about Zelo. 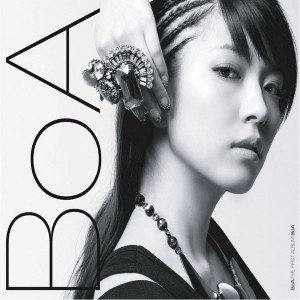 Changmin and BoA, both idols signed to SM Entertainment, also debuted at young ages. Changmin was only fourteen when he took the stage with his hyungs on December 26 in 2003 during a BoA and Britney Spears showcase. But what’s interesting is that Changmin still had the same charismatic presence he does now, even at such a young age. I definitely could not tell that he was so young when watching DBSK‘s first music video, “Hug.” BoA, on the other hand, debuted at an even earlier age. She left school after being scouted by SM while accompanying her brother to an audition, and trained for two years before releasing her first album at the age of thirteen years old. Even though starting at such a young age has allowed BoA to really gain prestige and respect as an artist (which is obvious today), I have no doubt that the road she chose to take as an idol was not an easy one at all. Unlike many of the other youngsters in K-pop, BoA debuted as a solo artist, which meant that she had to compete with other groups with more experience on the charts and most likely, train longer hours by herself in order to improve herself. 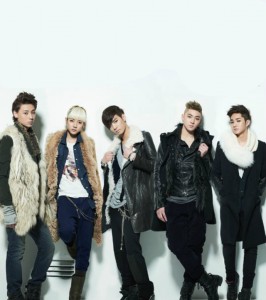 Now, at seventeen years old, I have not yet reached noona fan status (for the most part, Zelo is an exception). However, there are two K-pop groups out there that have a significant number of members who are younger than me, which both depresses and amuses me. Boyfriend, which debuted last year with their single “Boyfriend,” has one of the younger maknaes around — No Min-woo. Min-woo debuted with the group when he was fifteen years old, but has managed to hold his own so far among the older boys. Although he also has a very cutesy image right now (like Taemin when he first debuted), I think Min-woo has potential to break out of that. He also has the advantage of being closer with his group members in age, especially the Jo twins, who are only a few months older than him. Because of that, it’s hard to pick out a huge age gap in Boyfriend overall. NU’EST, another 2012 rookie group, also has quite a number of 95ers — in fact, everyone, save Aron, is only sixteen years old right now. I’m pretty sure NU’EST has one of the youngest average ages around right now, and while it gives them an edge over the older groups, their inexperience is still evident through live performances. However, idols do develop their skills as time passes, so I’m sure that NU’EST will grow into a formidable group to be reckoned with in a year or so. 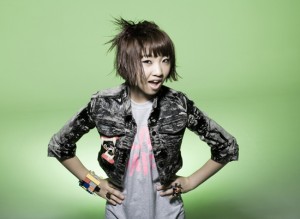 There are also some young female maknaes who are currently part of successful groups. Both Suzy and Minzy debuted at relatively young ages — Suzy at sixteen and Minzy at fifteen. Today, Miss A and 2NE1 are arguably two of the most successful female groups in K-pop. Both girls had possessed the emotional maturity to take on the responsibilities and workload that came with idoldom, and it shows in their careers today. Suzy achieved popularity with her role in Dream High and has continued to pursue acting projects, and Minzy is regarded as one of the strongest female dancers in K-pop today. 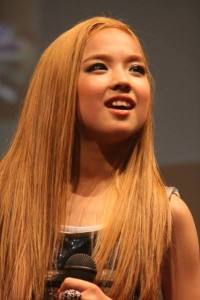 However, age can still cause problems — GP Basic, a lesser-known K-pop group, debuted in 2010 with six female members. The average age during their debut for the group was only 13.5 years. The maknae, Janey, was only twelve years old — resulting in her being banned from performances on music shows. They made a comeback last year, and even with their young ages, impressed with their confidence onstage. However, I think it’s safe to say that having girls work at the age of twelve is a little bit ridiculous, even for the K-pop industry.

Overall, while I do think that there should be a bottom line regarding age in K-pop groups, each case is different. There are tons of idols out there who have debuted at a young age and managed to make it far. They had the emotional maturity and mental preparation for the tough work they had to take on in order to become successful, and that showed in the end. In the end, idoldom is all about dedication and willingness to put one hundred percent effort into training, and the age at which potential idols realize that fact and truly bring it to light is different for everyone.

If you asked me, though, I personally think that debuting at around sixteen to seventeen years old would produce the best results. Twelve is a bit young, even though I think I can bring myself to make exceptions for fifteen-year olds as talented as Taemin.