SM’s Embedded Ads: The Case For and Against Them

It’s an open secret advertising of some sort keeps K-entertainment running, as shown by the shiny new cars and snazzy phones seen in every K-drama. Most K-drama lovers just learn to not ask hard questions, such as “Why is everybody driving the same brand of car” and “How can this character, who is not rich, afford such an expensive mobile,” and accept product placement (and hidden advertising in general) as necessary for funding the drama’s production.

Mercifully so far, K-pop music videos are usually ad-free by nature, and that if a particular product was seen in an MV, it was usually because it fitted the theme, and not at the behest of a company paying to insert the product.

Also, the nature of music videos, largely comprising of dancing and pretty shots of the idols, mean it is also very hard for a product to be placed in an unobtrusive manner. 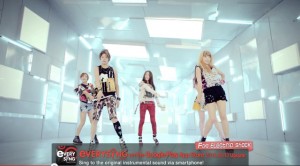 However, SM Entertainment has taken a new step toward incorporating advertising in its MVs. Most new videos released in 2012 on YouTube have a pop up advert hawking some SM in-house service, like their Everysing line of Karaoke bars in Korea, or the smartphone service, Genie. Unlike the content related pop up advertisements on YouTube, SM’s are watermarked on the video, so it cannot be cancelled by viewers, and would remain on even when the video is downloaded.

One might initially think that it is a way to make viewers download legal copies of the video or at least try to watch it on a legal source, like say cable TV. However, even watching the video off cable TV, the advertisement still remains, as shown here, though blurred out. 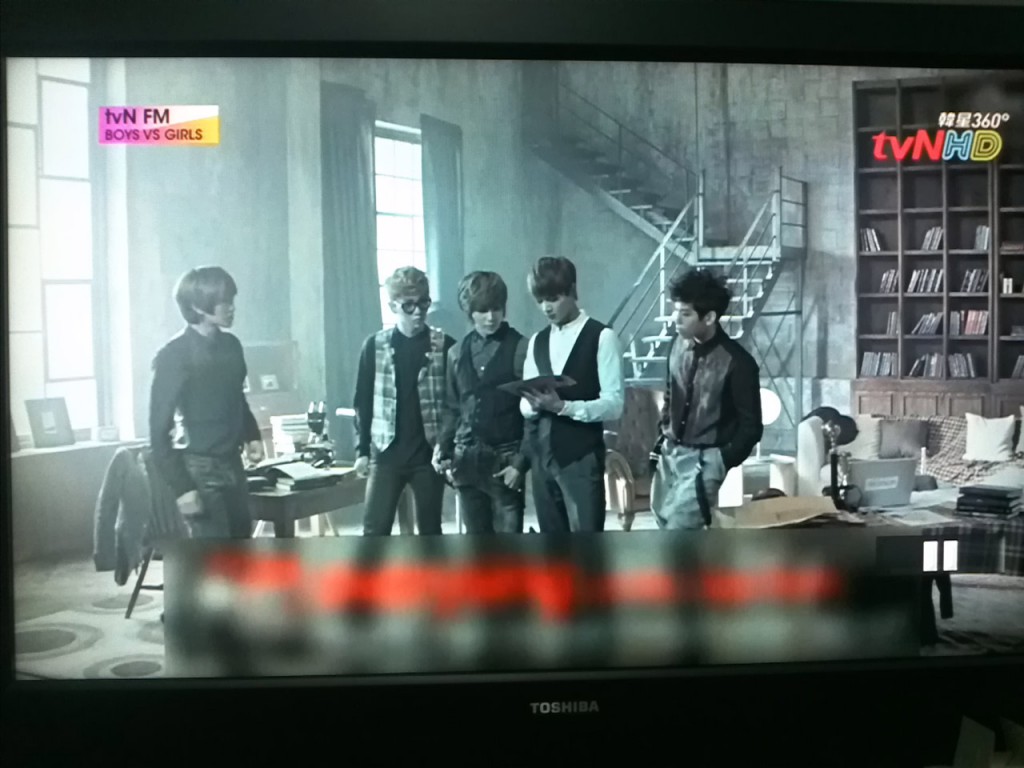 For foreign K-pop fans, the services advertised are irrelevant to us, the ads are placed in the most obtrusive parts of the music video and stay on screen for far longer than necessary. So why is SM still pursuing this?

The key reason is probably SM trying to turn music videos viewed into a source of revenue. Despite hitting views in the millions, 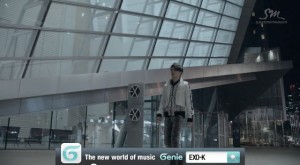 the main form of revenue coming from such videos are just from YouTube partnership deals. At this point, SM is probably trying out other means of revenue from this part of their business, so if ad space can be sold on the music videos, to potentially millions of eyeballs worldwide, there could be a lot of money involved.

Since the music video plays a huge part in K-pop these days, it might be considered a sensible decision to tap into this base, and turn it into advertising fodder.  In some ways, no matter how much advertising is plastered all over the music video, most of us would just grin and bear it just to get a view of our idols.

And if the ads are literally on content that we want to watch, a traditional pitfall of advertising (the fact the ads can be bypassed) disappears overnight, meaning SM can charge royally for them, due to how they would definitely have to be watched.

Also, given that some K-pop supporters are unable (or unwilling) to fork out for the content, they would gladly accept the odd intrusive advertisement in return for watching the rest of the music video in decent quality without running afoul of copyrights.

Besides, despite the grumbling about those online ads, short of proposing a plan to pay SM for viewing the music videos ad-free or organising a mass boycott of anything with the advertising in it, SM would probably just push ahead and go with the plan, if current “trials” prove to be successful. As in, people do notice the ads.

If embedding ads in music videos pay well, and fans are likely to just accept it, then why isn’t everybody else, or to be more precise, somebody else, also doing this?

The first thing could be as mentioned earlier, to not annoy fans or those new to it. Given that K-pop also first draws interest from casual YouTube viewers, most other companies probably thought it wise to avoid covering their content with advertising, such that it does not give K-pop an unfortunate title of being so sold out, the content is heavily plastered with advertisements.

Another reason is also out of goodwill for the fans, who probably appreciate watching a music video free of advertisements or annoying watermarks. Just because fans are unable to, or do not speak out strongly against the unwanted advertisements, it does not mean they are accepting of things.

The third reason is also how it seems to smack of being cheap and money-grabbing to try and seek revenue from every source. It is alright for companies to try to make money, but not at the expense of annoying the consumers. 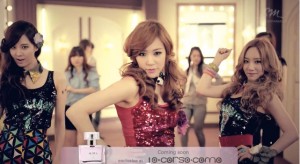 And finally, there is no getting around the fact that it is very hard to integrate the ads nicely into the video, and that yes they disrupt the viewing experience of the video. While it could be argued that the purpose of the advertisement is to draw purpose to itself, an advert that is a turn-off and placed in the wrong context could seriously backfire.

To sum up, while it seems like a near as fail-proof business plan for SM to sell  advertisements that cannot be skipped, and to force fans to pay to get the advertisements removed, they also do run the risk of annoying fans and being perceived as a company that puts money above all else.

It remains to be seen which of the two sides (that of pleasing fans, or pleasing company stakeholders) SM could take with this business plan.

Seoulmates, what is your take on advertising in music videos? Do you think that SM has taken it too far in this case, or in the words of a famous show, nothing personal, just business?