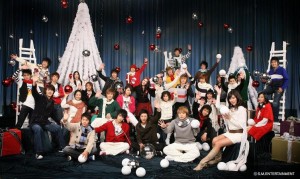 Minimalism probably isn’t something that comes to one’s mind when talking about K-pop. In the K-pop sphere, it seems as if the ones in charge believe very much in maximalism, that bigger really is better. The more members in the group, the better that group would be. The more extensive the MV, the more excessive the concept, the more idols under a label, the better whatever it is would be.

But numerous cases and examples prove that this often isn’t the case especially when it comes to a company’s roster. While last year we saw the emergence of countless rookie groups debuting in smaller companies, this year, it seems as if it’s the more established companies’ turn to hand out rookies and maximize their profits. While having more acts under your label is beneficial in some ways, it doesn’t come without its drawbacks. Sometimes, especially in today’s saturated idol scene, it could be a wiser choice for these established companies to keep and maintain smaller rosters and instead maximize their profits as much as possible with their existing acts. 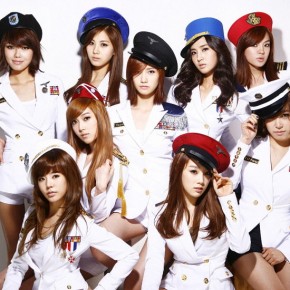 There are a variety of reasons for keeping a roster small. First of all, there’d be less favoritism — or at least apparent favoritism — as there are less groups for one to favor and less groups to suffer due to that favoritism. With less apparent favoritism, it’d be easier to make sure all groups get a fair amount of attention instead of having one or two groups getting all the endorsements and activities while other groups are stuck doing nothing. And with all the groups getting proper amounts of attention, each of those groups are given the opportunity to grow conceptually and showcase their talents even more, potentially gaining a new fanbase while catering for an old one.

This would cost less compared to debuting another group and basically starting from scratch, and would also stop some infighting between fandoms of groups in the same company. Favoritism in K-pop cannot be talked about without mentioning SM Entertainment and their blatant favorites, and the effects of that favoritism shows judging by how rocky the relationships get between some of the fandoms of the groups in that label. While it has arguably calmed down as of late, some ELFs are still bitter about how little attention Super Junior gets in comparison to SNSD who SM exploits and publicizes to no end. 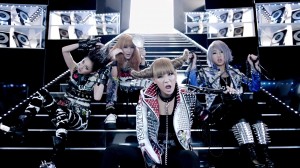 While it’s understood that some acts are more popular than the rest and therefore make more money, allowing each of them equal opportunity would strengthen their individual quality and eventually the whole company’s credibility. But this can’t be done if there are too many acts under a label to the point that there isn’t enough time for each of them to shine. While having a lot of acts under a label may also increase credibility, making sure all of the company’s acts are of good quality can be more profitable and more credible as well.

Take YG Entertainment who has managed to become and remain one of the big three entertainment companies with just two idol acts under their label. They were able to do so by maximizing the profits they could with the two groups in question, Big Bang and 2NE1, and, for the most part, giving both of those groups roughly the same amount of attention so they can grow and get fans. So while SM impresses with their huge idol roster — which truly is an impressive sight to behold, they aren’t able to fully utilize their roster as there is just too much to show and not enough time to show them, causing only the ones that make the most money to be showcased. 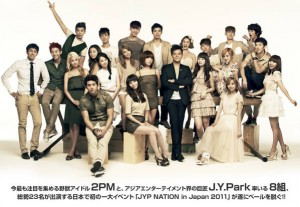 Furthermore, another benefit of a smaller roster is that there would be less overlap, whether it be an overlap conceptually or musically. It’s been increasingly hard for a group to distinguish themselves not only in the entire idol scene in general but even in their own companies. Rookie groups from well established companies are expected to bring something new to their company, something separate and distinguishable from their seniors, but oftentimes, it’s hard for a company to deviate from a formula that’s been working for so long. Luckily, for companies as big as SM or JYP with as much acts as the have, they’ve managed to distinguish the majority of their acts to the point where all can be considered different from their labelmates. They may have a few similarities that can be considered company signatures, but they all manage to be diverse and different.

However, other established companies that are relatively smaller aren’t able to do the same and create an entire image different from their previous acts. For example, there is Cube Entertainment who, at first, wasn’t able to distinguish their second boy group, BtoB, from their first one, Beast, due to an overlap in music and image. The same thing can be said for T-ara and the Gang Kiz, where the latter is being accused of stealing the thunder of the former. Even Kara, when they first debuted, were accused of being too much like DSP‘s prime group of the time Fin.K.L. and received a bit of negativity from that. Luckily, DSP was able to learn from their mistakes and Cube’s efforts with BtoB is improving but other companies looking to expand may not be able to do the same. 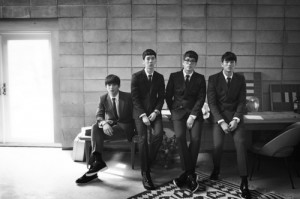 Also, even if a company manages to distinguish their groups, they may experience some problems later on due to a fear of overlap. Because of this fear, companies end up pigeonholing groups to certain concepts, limiting them stylistically and keeping them from expanding. For example, despite their capabilities of creating faster paced dance songs, 2AM as a group would probably never wander in that region in fear of overlapping with the concepts of labelmate 2PM and more recently the JJ Project.

Having a smaller roster prevents this from happening as often. While artists generally stay with an image they established, acts with less labelmates have more flexibility to cover other genres without much fear of getting in the way of another artist in their label. And with flexibility, the idol or idol group can grow as a whole, becoming more well-rounded entertainers compared to those who are stuck to one concept. 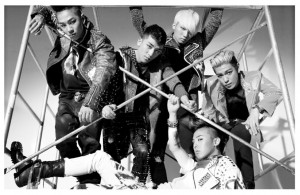 Lastly, my last reason for having a small idol roster is that there would be less basis for comparison. Going back to YG, the company markets both 2NE1 and Big Bang as something different or something more original compared to the rest of the idol groups out there. This marketing owes much of its success to YG’s relatively small roster; since the company’s roster is smaller, there is less basis for comparison.

While this author acknowledges the originality of both 2NE1 and Big Bang, that originality is only so evident and as highlighted as it is due to the conformity of other idol groups in other labels. If YG were to expand its roster, releasing a second boy band or second girl group, and treat them similarly as 2NE1 or Big Bang, giving them the signature YG elements, that group and YG’s existing groups wouldn’t be considered as original since there would be more basis for comparison. So even if their images were totally different, due to their similarities simply in the way they were being handled, the effect of the groups’ originality would be lessened. 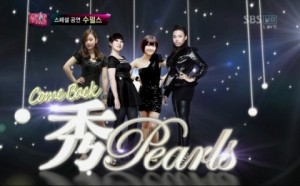 So because of this, this author is shakily anticipating YG’s new additions. While the announced SuPearls can probably manage to become an entire entity separate from Big Bang and 2NE1, I fear YG’s other upcoming girl group may not be able to do the same. If they even go near the strong girl concept or anything close to the established and overwhelmingly strong image of their seniors, I’m afraid of the amount of criticism they may receive.

So when it comes to the amount of idols one should have under a label, sometimes, less really is more. This is true as with less idols under a label, more attention can be given to each and every act, making sure the quality of each act is acceptable and keeping the company’s credibility consistent. With less idols in a label, more flexibility is given to the existing idols, who would free to expand into other fields without worrying about overlapping with their labelmates. With less idols in a label, idols would have more opportunities to stand out and be different as there would be less idols like them out there. 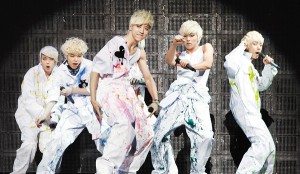 Having a small company is probably one of the edges rookie groups have in comparison to groups debuting in a bigger label. While those groups may have the best utilities, the best connections, a good amount of hype around them, and the prestige of debuting in a recognized company, they also have overwhelming expectations to fulfill as well as the limitations as entertainers due to all the ground covered by their seniors.

But while there are advantages of having a small roster, it too doesn’t come without its disadvantages. The profits gained from companies with smaller rosters could be potentially less in comparison as those companies have less groups to make money out of. Also, smaller companies have less people to spread responsibilities to, meaning the artists the company does have would have to do all the work. And also, sometimes certain groups are just meant not to fulfill certain concepts, so a second group made to handle those types of concepts may be beneficial.

Otherwise, a company can choose to have a smaller roster and still have as much credibility. While they may not have as much potential profit, they can instead focus on consistency and quality, things K-pop desperately needs these days. What do you think Seoulmates? Do you think a small company roster can be beneficial? Or do you think bigger parties is the way to go?