From LL Cool J to T.O.P.: FUBU's Rebirth and Rebranding 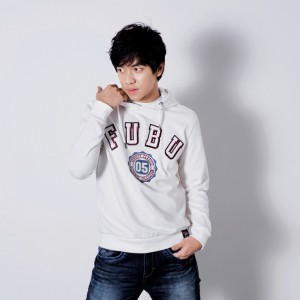 I’ve always wondered what happened to FUBU. The urban clothing brand that was made popular in the early 90s by hip-hop heavyweight LL Cool J and made ultimately cool by its ubiquitous presence in rap videos and hip-hop culture has since disappeared into thin air.

Or so I thought.

It turns out the clothing brand that most people I know wouldn’t be caught dead wearing anymore, and that most of them probably thought had gone bankrupt, is thriving in South Korea. And how did I find out that FUBU is not actually dead, but has been resurrected by a South Korean market? Well, the way I find out most things these days: K-pop. Who would have known that a clothing brand birthed out of Hollis, Queens in New York would find its rebirth in Seoul with Big Bang‘s T.O.P.? I admit that I am probably slow on the uptake. In fact, after watching T.O.P.’s new CF for the brand’s relaunch, I had to question, “Is this the same FUBU that I saw in rap videos back when I was a kid?” To say that I am surprised by the brand’s evolution is an understatement. 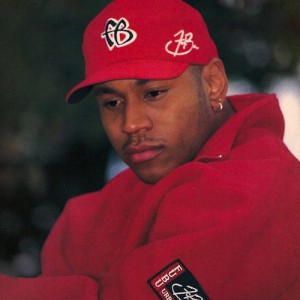 FUBU started from very humble beginnings. Its founder, Daymond John (who is currently a judge on the entrepreneurial reality show Shark Tank), began selling them on the streets of New York in 1992, hoping to make a bit of extra money. But the message of FUBU seemed to resound in African American communities louder than he’d imagined. After all, FUBU stands for the galvanizing sentiment “For Us, By Us.” The slogan referenced the idea that it would be one of only a few clothing companies owned and supported by African Americans. It represented cultural pride and economic cooperation within a community that struggled to grasp economic legitimacy within an unfair system. And the message also struck a chord with LL Cool J, who used his star power to make the brand popular.

But as our dear friend Heidi Klum would say: one day you’re in and the next day you’re out. So goes fashion. And by the late 90s, FUBU was a brand only worn by old folks with mid-life crises and guys who didn’t realize they were posers. Luckily for FUBU, South Korean company Samsung invested heavily in the brand in a move that opened Daymond John’s eyes to a global market. All of a sudden, the idea of “For Us, By Us” took on a whole different meaning. 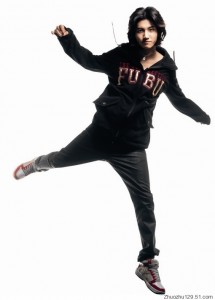 The hip-hop clothing line that had all but died in America found unprecedented success with promotions in South Korea by enlisting figures like Lee Seung-gi, DBSK, the Running Man cast, and of course T.O.P. In fact, this past February, FUBU rolled out a new promotional campaign with T.O.P. as its primary face. The commercials are upbeat, hip, and sleekly produced, featuring skateboards, photo shoots, crowds in clubs, and a new “pretzel” logo. The new FUBU ads are a far cry from LL Cool J’s simple freestyle verses aimed at a full-front camera.

FUBU’s evolution from an economic urban movement geared towards African American participation in business to successful South Korean clothing line is fascinating. And it’s definitely counter-intuitive. It says a lot about black-owned businesses and the structure within which they’re forced to operate in. That’s a topic for another time. But in the context of K-pop it also highlights the potential power K-pop has for branding and re-branding. K-pop is cool, prolific, and aimed at the youth, something that hip-hop is as well. But K-pop has something that FUBU needs and hip-hop doesn’t have: a young and less cynical consumer base willing to purchase products in droves for the simple fact that their favorite K-pop artists are featured in the product’s CF.

“For Us, By Us” doesn’t mean what it once used to because we live in a post hip-hop era. Or, as Daymond John explains:

A big misunderstanding was that “For Us, By Us” was only for a certain color. FUBU stood for people who loved the culture… A lot of people don’t know that the first places that FUBU sold were in Japan and in Seattle, Washington. And they weren’t people of color. It was energized by a music and a generation that started with people of color. I first thought of FUBU because I felt like it was a market being neglected by other clothing companies. I wouldn’t [start] another clothing company with the same prejudices. It was all-inclusive of everybody. It was really closely attached to a culture, to music and that’s how it spread around the world because one thing that all things had in common was music.

When all is said and done, it is music and culture that brings people together. FUBU is no longer a brand specifically aimed at a an African American base or even a hip-hop consumership because, let’s face it, that just wasn’t working from an economical standpoint. It’s bittersweet. But if anything, I think it’s pretty telling that the “Us” in “For Us, By Us” has shifted to include even our favorite K-pop artists.