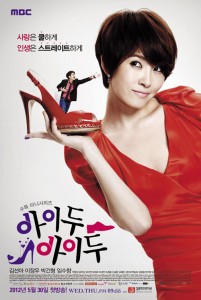 It’s summertime — for those in the northern hemisphere at least — and that means its time for an easy, low calorie romantic comedy for all us K-drama watchers. After recovering from the angst fest in The King 2 Hearts and preparing myself for the end of Queen In-hyun’s Man, I needed something sweet and mindless to watch, and after watching the trailers for I Do, I Do I found my summer rom com.

The teasers were kind of a mess, I wasn’t exactly sure what was going on and I came in with low expectations. Though the first two episodes weren’t as bad as I thought, I wasn’t too impressed by it.

Hwang Ji-an (Kim Sun-ah) is a successful career woman in the shoe industry whose life revolves around work and shoes. In comes Park Tae-kang (Lee Jang-woo) a young, carefree lad who has no direction in life, basically the opposite of Ji-an. The two meet when the Tae-kang runs over Ji-an with his beloved motorcycle Beyonce. He ends up chaeuffering her around in exchange for repair fees and two end up drinking soju, lamenting their home lives. As with every other Korean drama, the two get incredibly drunk–to the point that I’m worried about their livers–and end up sleeping together.  The two awkwardly part ways but keep meeting up as Ji-an busts Tae-kang for selling knock off shoes.  This leads to more bickering and the second episode ends with Tae-kang working at Ji-an’s company. Cue sexual tension and awkwardness galore.

As I said before, this drama is light fluff but has some serious elements woven in. I was pleasantly surprised to see that the first two episodes were not the train wreck I thought it would be. Kim Sun-ah plays a very typical strong willed, independent woman who doesn’t take bullshit from anyone. She’s cold and detached on the outside but incredibly lonely. Her age and workaholic nature become a source of inner turmoil for her and it’s interesting to see her battle that as finds out that she is nearing menopause in her thirties. The ability to bear children is something that is incredibly personal for a woman and the drama explores that dynamic. It will definitely contribute to her decision in keeping the baby later on. 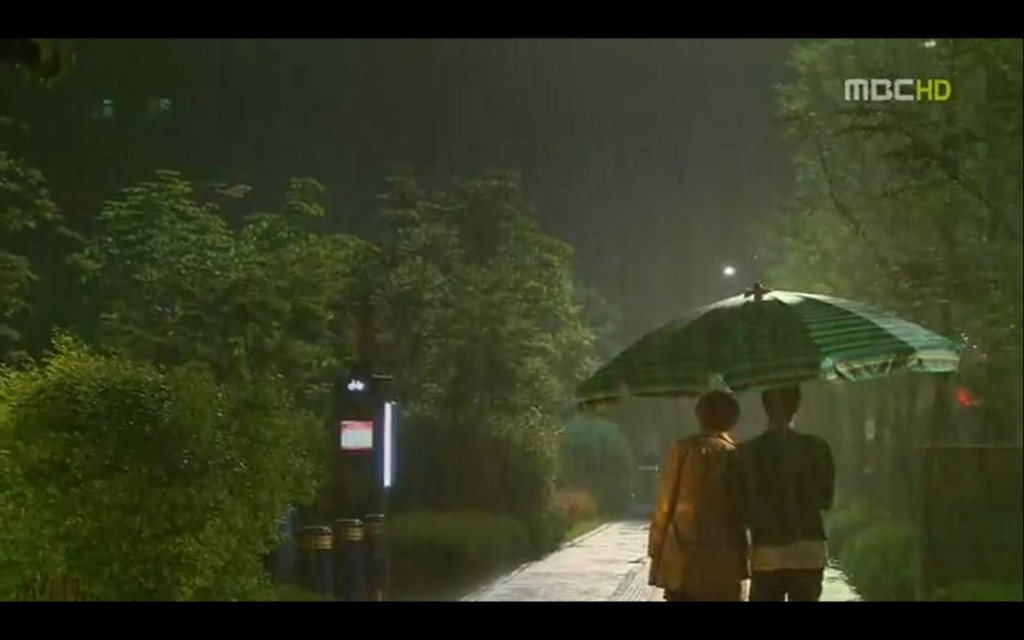 Lee Jang-woo’s character is immature and childish with no sense of direction in his life. He is loud, comical, and irresponsible. His character has abandonment issues which  drives his internal conflict. He obviously has a close relationship with his dad, although the two fight quite a bit. He has a carpe diem attitude to balance out Ji-an’s uptight nature. To be honest, I’m not too impressed by Jang-woo’s portrayal of the character. He does the typical overacting that often appears in Korean dramas and it’s fairly annoying.  While Kim Sun-ah is able to portray her character well with subtle nuances, I feel like Jang-woo is adding unnecessary facial expressions. 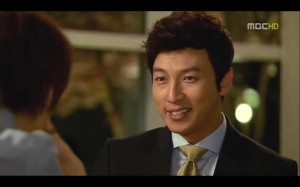 The two love rivals are introduced in the first two episodes. The male second lead, Jo Eun-Sung (Park Geon-hyeong), has already been branded with the dreaded friend-zoned mark that befalls most of our second male leads. It’s a pity since the interaction between him and Ji-an are amusing to watch and I’m supporting this couple instead of the main one. Jo Eun-sung is a gynecologist, which is hilariously ironic with Ji-an’s situation, and the two seem to match well. Not to mention the chemistry between Sun-ah and Geon-hyeong is much more palatable than Sun-ah and Jang-woo. The female lead is also typical of a K-drama. Lim Soo-hyang plays the young and beautiful Yeom Na-ri who seems to dislike Ji-an. She is your typical cunning, conniving, and sly second female lead who we all love to hate. Both Na-ri and Ji-an are headstrong and the confrontations between the two seem to be on the verge of a cat-fight.

Overall the drama is predictable, but it’s light and fun to watch. I’m enjoying Kim Sun-ah in this as she navigates the balance between her work life and her personal life but I’m hoping Jang-woo picks up his act. Though the drama on the whole is zany, it has its serious moments as the two main characters contemplate their life-styles and family problems. Hopefully, the plot becomes interesting later on and doesn’t follow the path of many other typical K-dramas featuring bickering couples.

What are your thoughts on this? Is this drama a yes or a no for you? Leave your comments below!