2AM Embrace Their Individual Sides 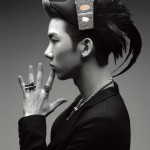 Mention 2AM and the first thing that comes to mind would probably be: pleasantly soporific ballads about unrequited and lost loves, complete with music videos showing the boys looking pretty morose.

While it is admirable they have proven that there is still space in K-pop for a group that sells largely on vocals, and they always impress live, there is a very fine line between having a distinct house style, and replicating a formula so tightly that every song sounds nearly the same, and 2AM have come very close to falling into the latter category.

Surely, as this article pointed out, there has got to be more the boys could do, given that good vocals are a pre-requisite in almost every song?

So when 2AM’s resident laughmaker Jo Kwon announced plans to release a solo album in June, and on top of that, promote a dance track, I was pretty pleased. To me, it had been a long time coming, considering his previous “prestige projects” where he guested with artistes as varied as electronica act W & Whale and female soloist Wax. In both cases, I enjoyed his collaborations, and found his voice rather versatile, switching easily between the varied genres.

Another reason for me anticipating his upcoming project would be his potential for artistic growth. Beneath his personality which seemingly alternated between straitlaced balladeer with a fine tone and the madcap entertainer on variety, I always believed music-wise there was space for another, more moderated one. 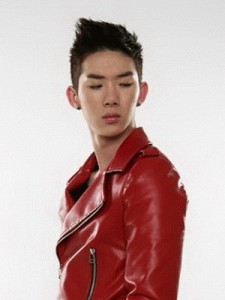 Maybe the dance tracks would allow him to show off a more evolved and mature  musical side, coupled with the sense of verve and excitement he always showcased readily on TV. This would probably be perfect, something akin to the smart-sexy mix I like from my artistes.

However, it is worth moving on from speculation to see what other 2AM members have done musically outside of their group.

Of the other three members, the youngest, Jinwoon, has probably had the highest profile musical projects. Aside from the drama Dream High 2 (decent acting, shame about the characters), where he got to show off his singing skills, Jinwoon has been pursuing a rocker sound on his own.

Considering it was a mini-album, Jinwoon certainly went quite far in terms of effort, including composing his own songs and receiving advice from known Korean rockers such as Yoon Do Hyun of YB fame. As further proof of his album being a labour of love, not a commercial exploit, the tracks released were either limited release (1000 copies) or released online free for fans. Below is the first single, “You Walking Towards Me”, a nicely optimistic number with a music video documenting the creation of his album.

While the other two members have pursued a more mainstream path with regard to their solo endeavours, they have not been any less successful in showing their abilities. Seulong’s collaboration with the golden girl of 2010, IU, “Nagging” certainly won praise from critics for his smooth and melodious singing, as well as a chunk of music awards and year-end plaudits.

While the craze over the song has certainly faded after a while, listening to it now does remind one of why the song could sweep charts back then. “Nagging” has a rather nice, unforced charm about it, and the vocalists do add to it.

More recently, Seulong also lended his vocals to DJ Clazzi, of Clazziquai Project fame. Below is the main single he was featured in, “How We Feel,” with his voice sounding a little more processed there.

On the other hand, Changmin chose to collaborate with close friend, Lee Hyun of 8Eight on the 2010 summer single, “I Was Able to Eat Well.” Being a summer single, the song made for an optimistic listen on getting over a lost love, although none of it was reflected in the music, which seemed to be an excuse to flaunt the singers’ bromance.

Apart from this one off, Changmin was also known for being a regular on the idol singing show “Immortal Song 2.” While he may not have left the greatest impression (that honour goes to Sistar’s Hyorin), he did prove to a reasonably consistent performer on the show, and had his moments. Here is Changmin channelling his inner “National Singer,” Kim Gunmo.

To sum up, while 2AM members have not exactly been lying low and coasting on their group’s good names, they have also not exactly been taking up prestige projects all over the place. In many ways this is an arrangement that has worked very well for them. It is never so frequent to the point where people question their group’s continued existence, or where we get jaded from hearing yet another solo project from them.

On the other hand, this has also meant that when they do take on a solo endeavour, it is usually something worth anticipating and that they feel strongly about doing. So for all these reasons, and his groupmates’ success, I do hope that “Kkab Kwon” would make his solo album a worthy one, and give us one more reason to follow K-pop in June.

So Seoulmates, what do you think of 2AM and their individual musical pursuits? Do you rate Jo Kwon’s chances at an individual album?