After School: Counting On "Lady Luck" in Japan 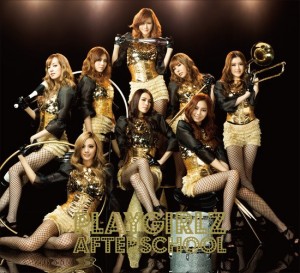 With all the idol groups heading to Japan, there will be some groups whose Japanese adventures would be of note. Whether their promotions be remembered as groundbreaking and completely new a la BoA, or remembered by the surprising level of success like KARA, or remembered by the surprisingly underwhelming result seen by 2NE1, some groups’ efforts are seen unique, relatively special in comparison to those who just go to Japan for a quick buck.

After School is one of these groups, but whether it’s a good thing or not is arguable. Before their Japanese promotions, the group actually already had their fair share of Japanese influences. The graduation system the group has become infamous for harks right back to Japanese girl groups a la AKB48, Onyanko Club, and Morning Musume. Also, one of the groups’ earliest singles, “Dream Girl” was actually a remake of Morning Musume’s “Love Machine.” So with all those aspects of the group added, it seemed like someone in Pledis was savvy or aware enough about Japan to replicate its traits and use it in Korea. This awareness must turn out to be useful in the long run when the group ultimately promotes in Japan, right? Well, it depends on how you look at it. 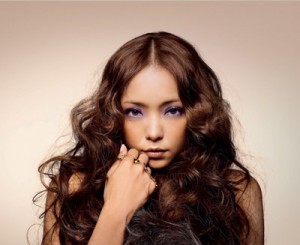 The group then made their official group debut with their 2010 track “Bang.” Now before anyone says otherwise, this was actually another smart move of AVEX, as contrary to popular belief, the cutesy, ‘kawaii’ stuff isn’t the only way to go when targeting the J-pop market. Actually, the maturity and fierceness found in some K-pop songs is a major appeal of K-pop in Japan as it provides something different, an entirely new niche, from the girl-next-door images most J-pop girl groups and soloists are selling. Also, recent trends seen in worldwide phenomenons like Lady Gaga and even their K-pop counterparts has J-pop starting to shed its focus on cute and shift more to eccentric and mature, evidenced by the creation of groups like SDN48, which is basically a more mature version of sister group AKB48. Sure, cute is still the generic and safer way to go in J-pop, but it isn’t the only option.

So with that said, the group promoted with “Bang” and was able to get a fair share of interest around them with the song. The fierceness of the concept was a major allure as it was something different and something the girls were familiar with and could pull off strongly, yet the marching band, school-uniform-like outfits were still able to stay familiar enough to the Japanese audience. The delivery of the song wasn’t the best as the girls’ Japanese was lackluster and garbled. Additionally, this release was right after Bekah graduated and while Kahi did a sufficient job with the rap, it didn’t have as much spunk as the original. However, due to a week with major competition in the forms of the releases of AKB48 and all their subgroups and spin-offs, EXILE, and other more established acts, the song was only able to peak at #11 at the Oricon charts, an unwise move in part of AVEX. 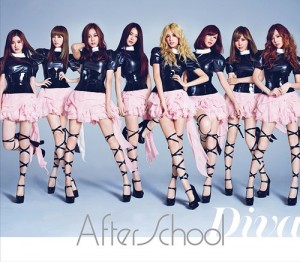 Another unwise move was following up with a remake of one of their earliest singles “Diva.” Not only was this song boring, but it failed to attract attention as well, and all the hype surrounding After School generally fizzled. The outlandish outfitting of the girls didn’t help either. I could see what they were attempting — a mix of lolita influences along with the sex appeal their group works best — but it generally failed.

Their next release of double A-side “Rambling Girls” and “Because of You” thankfully turned out better, but it came a little too late. “Rambling Girls” was an acceptable, addicting song with a good instrumental full of club beats albeit a boring and repetitive chorus and hook (and it’s original, meaning it already gets extra points in my book), and “Because of You” was still “Because of You” which is still arguably After School’s best song to date, and executed almost as well in Japanese. But like I said, much attention already passed from After School. If this was released before “Diva” then its result probably would have turned out better than what it did.

After School then released their first Japanese album Playgirlz. The album featured all the previous Japanese singles including a remake of Korean single “Shampoo” and six original songs, one of which included “Just in Time” which the group ultimately promoted as a digital single. The album as a whole was a great effort, with the results actually ending up decent, but it was nothing to guarantee safety for After School in their Japanese efforts. 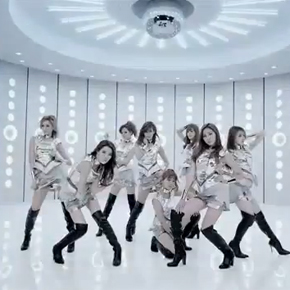 The group still had their flaws, the main one being their blah Japanese skills. The girls’ Japanese is barely understandable at some points, and the songs they promote try to hide that by trying to minimize as much of the Japanese used as possible, and instead using English phases. Not only was this a bad move in that the group’s English really wasn’t much better, but it also prevented growth in the girls’ Japanese skills and prevented Japanese audiences from really understanding them. And for the group to go about Japan in a relatively unorthodox way, the girls needed as many utilities as they could have access to, but with the inability to communicate, common choices such as variety appearances and interviews were hampered.

Seemingly to achieve that financial safety and relevance, the girls recently released a new single “Lady Luck.” Now, this song looks and sounds very, very J-pop. And I applaud After School in attempting to conform to J-pop and using its influences in their music rather than handling out remake after remake, but this song’s resemblance to J-pop is also where my main problem with it lies. You see, the song, like most J-pop songs, is very cutesy and colorful. It’s abundant in the pastels and the endless aegyo, and if a normal J-pop group or even (almost) any other K-pop group did the song, I would have been fine with it. The song itself sounds youthful and girly, epitomizing the image most girl groups want to sell.

But After School did this song, the same group who attempted to go to Japan using a unorthodox mature concept, the same group that generally works sexy better, the same group that houses 31 year old Kahi and 28 year old Jungah who are really too old now for the cute stuff. And what makes this choice worse was that Orange Caramel, the subgroup After School created to handle the cute concepts After School isn’t suited to (like this one) announced a Japanese debut themselves, a debut that would probably turn out successful considering what Orange Caramel epitomizes. If they really wanted to release this song so bad, it could have gone to Orange Caramel instead, who definitely could have pulled off this song better by themselves.

Take in contrast, Secret, a group with a similar sexy preference, whose new release “Twinkle, Twinkle” sounds very J-pop as well. However, unlike After School, in “Twinkle, Twinkle”, the group sounded and looked very much like themselves, keeping a sexy undertone under all that aegyo, meaning “Twinkle, Twinkle” ended up more natural in comparison. “Lady Luck” not only seemed forced and contrived, but it also seemed like After School was selling out, using a much safer concept to avoid any risks. 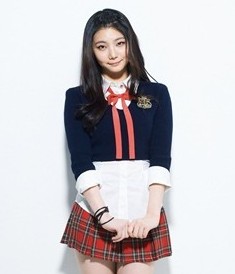 To compensate their language problem, Pledis recently announced the inclusion of new member Gaeun, a new freshman and product of the graduation system. While her inclusion would definitely help fix some problems and improve the group’s overall state, I doubt that she’ll be able to fix all the girls’ problems when in comes to Japanese promotions. Orange Caramel’s debut would also help the overall group get some popularity as they would likely appeal better to the Japanese public and that popularity may transfer over to their home group. But overall, despite their missteps, I congratulate After School in their attempts in Japan. None of their attempts ever seemed lazy or unconcerned, which is a lot better in comparison to some other groups.

What do you think Seoulmates? Do you agree about After School’s Japanese promotions? Do you think the inclusion of Gaeun and the debut of Orange Caramel would help the group’s efforts in Japan? Leave your insight below!