A "Crucial Star" in the Hip-Hop Scene 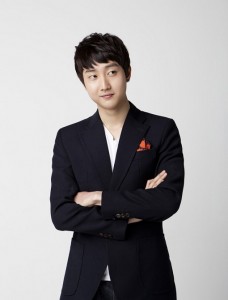 Member of the infamous independent hip-hop label Soul Company, Crucial Star, rapper, composer and producer, started his career at the young age of 17. Now, at the age of 22, Crucial Star has released two albums, a mini-album with Mad Clown and has collaborated with big names in the Korean hip-hop scene such as The Quiett, Yankie and Dok2.

After the dissolution of Soul Company in November last year, Crucial Star signed with a new company, Grandline Entertainment, and just recently he released his first mixtape Drawing #1: A Dream Spokesman. He also held a concert on May 26th together with Geeks and with guests such as MC Sniper, San E, Zion T., K Jun, Noise Mob and Take One.

Not long after we reviewed Primary’s work, here we find yet another example of the fantastic underground music scene in Korea. Crucial Star’s work, as compared to other current hip-hop productions, is more chill and melodic. In his first mixtape, Drawing #1: A Dream Spokesman, we find 16 tracks featuring artist such as Lovey, Donutman and labelmates Geeks. And although Crucial Star is a great rapper, what really stands out in this album is the production and the richness of the influences, from electro to acid jazz to R&B. 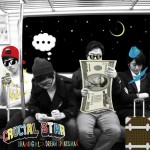 Drawing #1: A Dream Spokesman opens with “A Dream Spokesman,” the first example of how good Crucial Star works with melodic tracks. Following the lyrical trail, “Under The Sheets” is a track with an electronic base that combines Crucial Star’s rap with a melodic female-sung chorus. The contrast results in a really interesting song, and also the closest thing to a club song in the album.

In “Doin’ my Thang” I’m really enjoying the epic instrumentation and production a lot, but can’t help but feel that the chorus is a little lackluster. Besides, the number of times he repeats the word ‘bitch’ along the song is a bit annoying. The ending with the opera background is great, it reminded me so much to my gothic metal times. I felt positively surprised to find something like that in a hip-hop mixtape, I would totally dig a whole song like that. Wise move, Crucial Star.

“Did it” has a more dramatic feel, with the addition of a violin and a piano to the instrumentation. I am a total sucker for classical instruments in hip-hop songs, so this track became instantly one of my favorites. The next song in the album, “플랫슈즈,” features newbie Lovey. It’s not one of the most outstanding songs in the album, but Lovey’s voice is really sweet and pleasant to listen.

Towards the middle of the album, there are some low-tempo songs with R&B influences that don’t really stand out, but by no means do they feel like filler tracks: “그만 웃어 (Headset)” feat. CZA, “Like It Like That” feat. Donutman, 새벽 6시 and “Under Rapper.” “그만 웃어” has a really nice jazzy base, and I’m really enjoying the whistle sound in “Headset.” 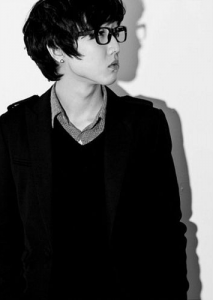 “G.L. (Good Life)” and its interlude are pretty epic and the featuring artists sound just great. They have a very similar rapping style as Crucial Star and blend perfectly. After four minutes it sounds too repetitive because of the ten seconds base replaying itself over and over again, so I would have appreciate it if the song was a little shorter.

“Nothin'” is definitely the highlight of the mixtape. The track is produced without any instruments, completely a capella, based only on the harmonies between the voices and beat-boxing as the rhythmical base. “Nothin'” is a breath of fresh air, really beautifully written and performed.

I’m not so much into the R&B songs of the album because pale in comparison to the other songs with more varied influences, but “Sex Therapy” is just so smooth it feels like one of those epic 80s songs — it might sound random, but I can’t help but think the chorus is asking to be sung by Sade.

The album closes with “Suicide,” whose instrumental sounds just like a Nujabes song, and believe me, that’s the best compliment I can ever make. So even though I’m missing a little bit of intensity at some points of the song, it still sounds fantastic.

Crucial Star’s mixtape is not only fantastic, but it can also be downloaded for free. So if you enjoy hip-hop, Drawing #1: A Dream Spokesman is something you must definitely check. 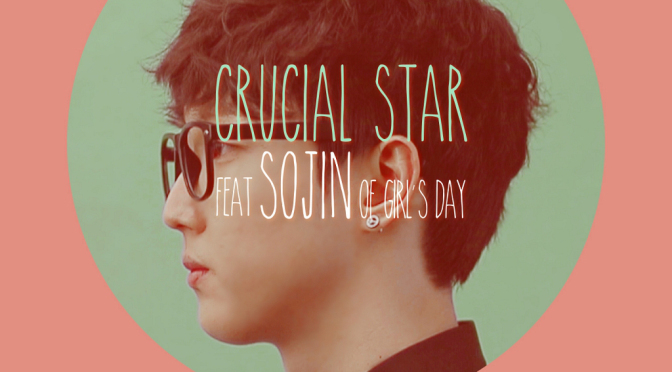