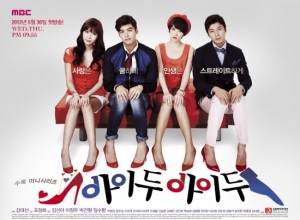 As we enter June, K-drama fans were inundated with a ton of new dramas: Dr.Jin, I Love Lee Tae-ri and A Gentlemen’s Dignity began the previous week and this past week we saw the premieres of The Chaser, Bridal Mask, I Do, I Do and Ghost. So many good K-dramas, so little time–what’s a K-drama addict to do?  Big Bang is Still Alive and aren’t “Monsters,” the Wonder Girls like it “Like This,” and Running Man returns to Thailand with Park Ji-sung in search of delectable treats. These are the 5 Things that happened in K-pop last week that I think were a little bit better than the rest.  If you’re not up to date on your K-pop beware, because spoilers lie ahead!

5. A Return to Sungkyunkwan Bromance

Fuji Film was able to do what the K-drama gods were unable to–bringing  Goo Yong-ha and Moon Jae-shin back together on our television screens.  Song Joong-ki and Yoo Ah-in reunite in the adorable CFs for FujiFilm’s Instax Mini.

The Wonder Girls girls made a come back last week with their latest single “Like This.” It’s a different style for them and it’s kind of funky.  I liked the song and the fun flash mob-esque MV, although maybe this MV style would have been more relevant and fresh if it had been done at the height the the flash mob craze about a year or so ago.  The change is welcome though, especially to those who have been complaining of the Wonder Girls being stuck in the retro rut. 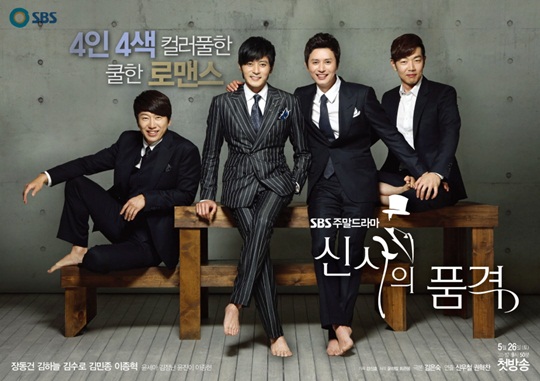 I tuned into A Gentlemen’s Dignity purely due to my adoration of Kim Su-ro and my Family Outing addiction. It’s been a surprisingly fun ride as Suro is joined in the F44 by lead Jang Dong-gun in his return to K-dramaland, Kim Min-jong, and Lee jong-hyuk. Their bromance based on a friendship of over twenty years is a blast to watch, and like what was said in the drama when they’re together it’s like they’re all 18 again.  Kim Ha-neul is the female lead Seo Yi-Soo who is secretly in love with one guy and the object of affection of another.  There seems to be a lot of plot twists coming up with Jong-hyun of C.N. Blue and SNSD‘s Sooyoung having secondary roles in the drama.  It’s not perfect with a bit of overacting by Kim Ha-neul and Jang Dong-gun’s character being an unapologetic egotistic playboy, but it’s been enjoyable and hopefully it continues to improve as the story develops. A Gentlemen’s Dignity is a Saturday/Sunday drama for SBS and just completed its third and fourth episodes last week.  Here’s a funny clip that I’d label as “Best use of Seafood to get Revenge.”

For her series on OnStyle’s Golden 12, Lee Hyori visited Hawaii with her friend, fashion designer Yoni P. The two met up with Bekah, who took them around the island of Oahu and introduced them to friends who taught them how to dance the hula and to play ukulele (their ukulele instructors were members of the Hawaiian music group Maunalua). Hyori next went to Maui and got some stand up paddle board lessons. Next week’s episode is also of Hyori in Maui where one of her activities will be going to see the sunset at Haleakala which is awesome if you can survive the drive up the mountain (it’s scary). It was a fun episode and if you’re interested you can watch the whole epiosde here.

1. The Queen’s Man in Peril

Queen In-hyun’s Man kicked up about a bajillion notches as the talisman that saved Boong-do’s life now has been used against him to put his life in peril. I really hate watching saeguks sometimes because of how much the fickleness of the royalty affects the people so much–it really was too much power for one person to hold. The writing for this drama has been amazing with nary a plot loophole to fall through. I didn’t really think he was dead, but it does seem as if there is still danger ahead. It was quite touching when Boong-do says goodbye and leaves for his new life with Hee-jin–I love this couple.