2012 is shaping up to be the year in which all the big(ger) players in K-pop, consisting of the more well-known and successful companies in the industry, debut their newest moneymakers. Everyone from SM to Pledis has put a group(s) out there, and even YG has an anticipated debut lined up; joining their ranks is JYPE with its new duo, JJ Project.

The boys of JJ Project, vocalist JB and rapper Jr. (whose birthname is Park Jin-young — I see what you did there, JYP), were already pretty well known to  the public with their stint on Dream High 2. Though the quality of the acting is debatable, the drama enabled them to get their name out there (especially for JB, whose DH2 character used the same moniker), so that come debut-time they weren’t total strangers to the audience.

The duo aren’t strangers to Seoulbeats, either, with Justin reviewing their debut MV and Salima postulating on them becoming JYP’s new happy pill; and finally, as though to complete a trifecta, we have a review of their first release, Bounce. JYP presents their newest artists with what seems a rather paltry offering of a mere three songs and one instrumental. Well, as they say, quality over quantity — but does the adage apply in this case?

We start, as is most often the case in K-pop, with the title song.”Bounce” is all over the place genre-wise, mixing in hip hop, electro-pop, hints of dub step and some rock (and roll) to top it off. Yet for its melting pot of genres, “Bounce” still manages to sound predictable — going through the same pattern twice during the song takes away from the randomness a bit. The song does keep the energy up throughout the song through strategic slowing-down and speeding up; though the actual chorus would be anticlimactic, the pre-chorus is of a slower tempo so as the make the chorus proper sound zippier.

Second song “Hooked” is probably the only proper (or conventional, if you prefer) song in Bounce, and continues with the rock sound introduced in “Bounce.” The song has a youthful feel to it like the previous one, and it is nice to hear some rock in the dance pop- and hip hop-saturated K-pop scene. The only problem with “Hooked” is that it sounds way too much like something Smashmouth and the like would put out; and that, for international and/or English-speaking fans at least, makes it sound very unoriginal. 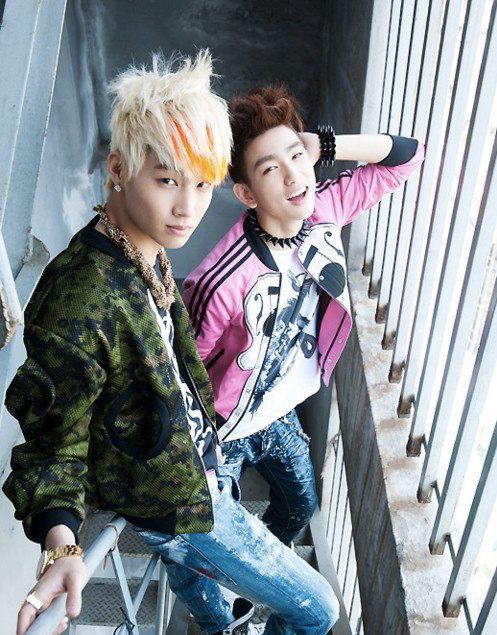 While the previous two songs stayed age-appropriate in both sound and lyrics, we change to electronica for “Before This Song Ends,” with JJ Project hittin’ da club and picking up miss A‘s Suzy. Or trying to at least — the boys want to dance with Suzy, Suzy wants to dance  too… and yet no actual dancing seems to occur, at least during the song. I’d love to say that this teasing is the reason why the song has only a singular climax that comes later in the song than expected, to heighten the feelinig of anticipation that is part of the nature of first flirtations, but it’s more likely that this is just another underdeveloped song from their company. “Lips” from miss A’s Touch also suffered from the same problem of beautifully building up to a climax that never occurs. “Before This Song Ends” suffers from a milder form of this affliction, yet it is still enough to weaken the song. Not that every song does need to follow a conventional song structure, but success cannot be guaranteed if the listener feels like they are missing something while listening to the song.

As an introduction to JJ Project, Bounce does the job by showcasing the boys’ talents both within current K-pop and with alternative sounds, as well as open them up to more mature concepts with the final song. While “Bounce” seems like a ridiculous song, JB and Jr. sell it with their energy and enthusiasm; the live performances are also part of the song’s saving graces, with JB. and Jr. putting on some of the most animated stages I’ve seen from a rookie group this year (excepting B.A.P, of course). Their chemistry, which most other rookie groups haven’t quite found yet, is also on display here — though having only one other person in your group would make the fostering of such bonds much easier. It comes as no surprise that their official fanclub name is “Endorphin.” Three songs makes for a short and sweet introduction, and I, like many others, would love to see what JJ Project can do with better music.

Though there are no complaints about the execution of the songs, the music itself lets JJ Project down; and that there are only three songs to begin with makes this fact even more abysmal. Everything else is there — the thematic progression of the songs, different sounds for the boys to show their scope, both members are equally showcased despite their differing skill-set (this would be the greatest accomplishment of these songs) — but nothing is fresh and clean enough to capture the audience’s attention and keep it. “Bounce” is probably the best in that regard, but it also leaves listeners feeling slightly confused, especially the first time.

What are your thoughts on JJ Project thus far? What kind of sound do you think they would excel at? I, for one, was liking the rock; if only they’d tried for something more original…