Teen Top Comes "To You" 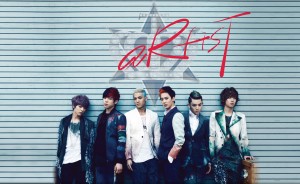 There’s a trend lately in K-pop music videos that annoys me to no end, mainly because it makes me feel stupid — the trend of throwing a bunch of disjointed shots of the members doing something, and then pretending there was a storyline. To all the MV directors out there, I beg you: please be a little bit less cryptic. There’s only a certain amount of nonsensical MVs I can take per month.

Following this trend is Teen Top‘s last MV “To You”, included in their third mini-album “aRtisT”. But aside from a very confusing (or nonexistent, I’m still trying to decide) storyline, let’s see what the guys of Teen Top have in store for us.

Cinematography: 4.5 out of 5
“To You” has a very good photography, but that’s not alien for Teen Top — their last MV, “Crazy”, was also outstanding in this aspect. “To You” has a desaturated color palette and an industrial feel, not in vain most of the solo scenes have been shot in an industrial area or a garage. The details have been carefully treated, such as in the watery reflections in some of the scenes, like the fighting scene and Niel’s one.

The style doesn’t differ much from the rocky concept of “Crazy”: Ricky‘s haircut has been upgraded, CAP‘s one downgraded, but they still look quite edgy. The same edgy they have been pulling out since they debuted, basically (with some bizarre detours on the way). So while overall I appreciate their intent of defining their own style, I would also appreciate some kind of novelty in their concepts, aesthetically speaking. 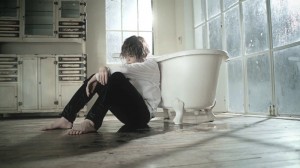 Storyline: 2 out of 5
As I mentioned before, I’m having problems with the storyline in this MV, assuming that there is a storyline. Here are my two hypotheses. The first time I watched it, I thought the storyline revolved around L.Joe and Chun-ji — the typical story of two guys fighting for the girl, and at the end the girl ends up alone. The rest of the members are just… there.

My second hypothesis appeared once I saw the teasers again: we have L.Joe and Chun-ji in a teaser titled “Love is Fight”, Chang-jo and Ricky in “Love is Pure”, and CAP and Niel in “Love is Pain”. So from this point, I assumed there were three parallel storylines, all of them embodied through the same girl. But honestly, the only thing they could think of with “Love is Pure” was the guys following her? And why is CAP hitting on her like a pimp in the “Love is Pain” one? So the only thing that makes sense from this theory, aside from the aforementioned fighting guys, is Niel. To be honest, none of the interpretations makes much sense or is specially deep or original.

Performance: 3.8 out of 5
I’ve always had a thing for Teen Top as dancers — in my humble opinion, they are extremely underrated in that aspect. Teen Top’s choreographies are usually witty and original, but they sadly somehow fail to be memorable. The choreography in “To You” might be their best one since “Supa Luv”; it’s really funky and includes an interaction with some cubes, which at least adds something new. 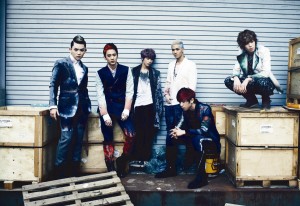 As for the guys themselves, their acting skills are pretty much average — not that a MV in which more than half of the footage is dance requires more. Niel is really suitable for the emo role, CAP sometimes looks like he’s trying too hard to look like a bad guy, and overall the most seen facial expression is unimpressed.

X-Factor: 2.5 out of 5
Hands up if you also thought of Big Bang‘s “Lies” while watching this MV. Unfortunately for Teen Top, the following-the-girl-around not only has been done before, but it has been done more wisely. While in Big Bang’s video there was a clear storyline and the purpose of those scenes of the members around the girl was purely aesthetic, here there is an actual interaction with the girl, so it comes out… weird. Are they all really hitting on the same girl? Please K-pop, stop doing that, there are plenty of girls in the world. Do it in favour of the group dynamics.

“To You” looks just like your typical K-pop MV; specifically, like your typical Teen Top MV. There’s nothing wrong with doing unimpressive music videos once in a while, every group does, but Teen Top needs to step up their game now. So I’ll just sit here and wait for Teen Top’s epic MV to come. I’ll get comfortable, just in case.