The Internet: A Celebrity's Worst Nightmare 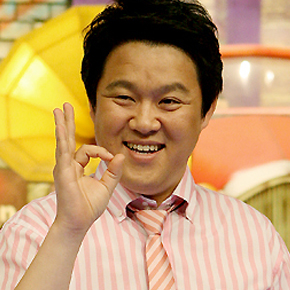 A celebrity or any prominent figure is nothing without their Public Relations, or PR, team.

Underneath all the fame and popularity, celebrities are humans, and humans are likely to make mistakes, some mistakes that can quickly tarnish a reputation. For a celebrity, the tiniest of mistakes can lead to the end of a career, and because of their visibility, can be very damaging to their public and private lives. Therefore, a PR team is there to help maneuver around bumps to their clients’ career. However, despite their efforts, there is always a celebrity that manages to slip up and their faux-pas evades their PR team, eminently destroying the celebrity’s career.

The latest victim of the deadly slip of the tongue is variety show staple Kim Gu-ra, who was outed with making a comment on an online radio show equating comfort women — Korean women who were forced into sex slavery by Japanese soldiers in World War Two — to prostitutes. Granted, this comment was made in 2002, but with the digging of netizens, this comment has resurfaced and has brought an end to Kim Gu-ra’s career for the time being.

Although I feel no sympathy for him and I believe that he deserves to be held accountable for his actions, it surprised me at how Kim Gu-ra and his management team easily left such a comment, a comment that clearly would bring repercussions for Kim Gu-ra in the future, unattended for so long.

The Internet has revolutionized communication and human interaction. Fans of K-pop have used the Internet to create online communities through social media outlets like Facebook, Twitter, and forums, to discuss and share information on their favourite — or most hated — celebrities. In turn, celebrities have used the Internet as a means to interact with their fans through the protective barrier of a computer screen. However, just like anyone with access to the Internet, one has to realize that the Internet is a place where anything can easily be spread around and can easily devastate the careers of anyone, especially celebrities. 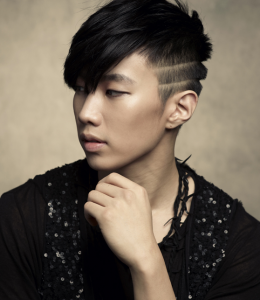 Members of these online communities are referred to as netizens, short for citizens of the Internet, and they can be credited to exposing and damaging the reputations of Korean celebrities. These netizens usually armed with a lot of time on their hands and determination can uncover any incriminating details on celebrities, regardless if they like or dislike the celebrity. They are the culprits behind Kim Gu-ra’s scandal, as well as many other scandals, including Jay Park‘s MySpace controversy. Although Jay Park did write this comment as a frustrated teenager in a foreign country during his trainee years, the response to his uncovered comments was quick and unforgiving.

Outside of the Internet, comments made by celebrities can easily be uploaded and scattered throughout the web, helping to stir the pot for controversy as well. Take the case of Block B. K-pop fans from across the globe knew about Block B’s mistake in a matter of days, and comments made by 2PM and U-Kiss’s Dongho on Twitter only made matters worse. The Internet helped to spread the controversy like a virus and fans mobilize as quickly and ruthlessly, easily creating an unhealthy environment for Block B anywhere they went, causing them to go underground and cease their promotional activities.

At the end of the day, celebrities are humans and they are prone to making stupid mistakes and saying the wrong things, but the management teams of both Kim Gu-ra and Block B should realize that that the wrath of netizens can easily blow any controversy out of proportion, regardless if their comments were in the past or present, on the Internet or outside of the Internet. The management team have a responsibility to guide their celebrities into making the right decisions and choices, especially with the amount of money their companies have invested upon them. It is true that they cannot control what comes out of the mouths of their celebrities, or on their MySpace pages from several years ago, but it is ultimately up to them to help their celebrities save face and avoid controversy like the plague. Thus, the best decision that any celebrity can make when faced with an Internet-based controversy is to back away from the computer and disappear from the spotlight. Even though their comments or actions are on the Internet for good, time can help a controversy die down and give any celebrity a chance at redemption.