Like buses and really heavy rain, they never seem to come in a long while, and suddenly they all appear at the same time. Korean reality singing competitions could now be added to that category, after the influx of them over the last year. First there was the third season of Mnet’s SuperStar K, then SBS’s K-pop Star, now we also have the Mnet adaptation of The Voice and KBS will be coming up with its own Global Super Idol.

It’s not very hard to see why these shows have captured the hearts of viewers. There’s good singing to be enjoyed, at least in the later stages. It’s also fun to see how creative contestants can get, applying their magic to some mediocre songs.

As well as fresh re-interpretations of favourites.

[youtube http://www.youtube.com/watch?v=aVogQ3km0ZE&w=560&h=315] And to top it off, some of the judges’ comments on what music means to them, as well as the tension and high drama that comes with elimination. There is also fun to be had in discussing the performances and results with fellow viewers online, or with colleagues in the office, if they do watch it.

Finally everyone loves to root for the underdog. From overcoming those who said they would not make it, or their financially disadvantaged backgrounds, each of these contestants had a story to tell, and how beautifully they told it through their performances.

For the contestants, the prospect of realising their singing dreams and debuting as a known entity is probably the greatest draw. That the winner gets prize money and a car is probably just icing on the cake.

The trend really did start with Mnet’s SuperStar K series. While I admit to not faithfully watching every episode, there were definitely some performances that made were worth noticing from time to time. But one thing is certain: SuperStar K has made commercially viable artistes out of its alumni.

From season 1, we had winner Seo In-guk, who prior to joining SuperStar K had failed an audition with JYP Entertainment. However, after his win, he signed with Jellyfish Entertainment, and has released a steady stream of songs. Last year, he released the dance-pop single “Shake It Up” with many cameos in the MV. Guess his social network does span far and wide.

And recently, a R&B influenced song that showcases his smooth vocals. Also included: Some Love Rain meta (he plays the comic relief sidekick in the drama).

However, SuperStar K 2 was probably where most of the top 11 enjoyed success and debuts.

Winner Huh Gak, who charmed viewers with his hard luck story and strong voice, signed with A-Cube Entertainment (a subsidiary of Cube Entertainment) and has released a two mini albums, in addition to OST work for dramas. He has also won Music Bank with his single, “Hello”.

Although Huh Gak may have gotten the most out of his SuperStar K experience, others have also left a mark on K-pop. Runner up John Park fell nicely into place with his mini album after a hiatus, while Jang Jae-in (3rd place) did well with her single “None Other Than You” and a few before heading back to school. 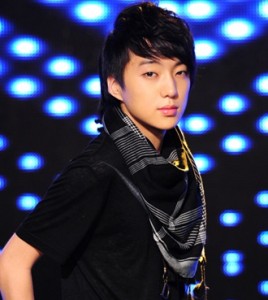 Another notable contestant is Kang Seungyoon, who finished 4th and signed with YG entertainment. Besides having a role in the sitcom High Kick Through The Roof and an OST under his belt, Kang will be making his debut in a boy group this year. Top 11 contestant Kim Greem also managed to debut under Nextar Entertainment, and presented this little piece to us.

SuperStar K3 was noted most for having three bands featuring in the Top 3. Although the winners, Ulala Session, were the first to release their debut single, it was the runner-up, Busker Busker, that made news recently for their surprise win on M! Countdown and what it could mean for music chart shows.

It is definitely worth rooting for contestants for their post-show careers. Sure, they may not be everybody’s cup of tea, but they sure help to make the Korean music scene that bit more diverse, and help remind us once in a while that talent and musical quality will always matter in music.

Also, although not every one of these finalists have set fire to the music charts despite their talent, it is also worth noting the context in which these singers operate, having to compete with idol groups with far more marketing muscle and stronger fanbases. Besides, these artistes may not really place winning awards at the top of their priority, choosing to be more concerned with the music they want to do and pleasing their small but discerning fanbases.

Given the success of SuperStar K on the cable platform, it was understandable that free-to-air TV in Korea would try to replicate its success, with SBS succeeding with its creation, Survival K-pop Star. A previous article looked at the final two contestants and how evenly matched they were, as well as some thoughts on other contestants that impressed me through the show’s run.

Now that the winner for K-pop Star has been announced, and that it was an open secret that the judges from the big 3 entertainment companies had expressed interest in some of the contestants at various stages of the show, it’s worth analysing where the various contestants could end up to carry on their musical endeavours. After all as what was written in other articles on the site, given their talent, the show was just a start to discover their potential.

Given the interest SM Entertainment had expressed in Park Jimin, and her win in K-pop Star, it would not be very surprising if she chose to sign with SM. Her voice and persona (from what was shown) has the commercial appeal that SM seeks in their artistes. Another contestant on the show that I could see with SM was “guitar boy” Park Jaehyung. He has got the looks, a fanbase, and most importantly, the ability.

However, in some ways, these two could benefit SM Entertainment far more. They add a fair amount more talent to the SM artiste stable, and would break most people’s perceptions that SM only focuses on groups, ignoring or not debuting soloists.

For the second placed contestant, Lee Hayi, there could be a two way fight for her signature between YG Entertainment and JYP Entertainment. As a big fan of her charismatic vocals, I am watching her choice quite closely. Both companies have been able to bring out quality performances from her throughout the show, with YG focusing more on challenging her versatility, while JYP worked more with her soulful voice.

It would have to be a close call, but YG would work better for her. The YG environment would probably allow her the artistic freedom to pursue what she wants, yet help mentor her to guide her musical direction. It would also not be surprising if she, like John Park, just held off the idea of a debut until she has a very clear musical direction, preferring to just make occasional appearances on shows like SBS’s You and I or KBS’s Yoo Heeyeol’s Sketchbook just to remind us of her talents. Besides, from watching her on K-pop Star, her voice shines better when she works with simple accompaniments, the type favoured on the aforementioned shows.

Lee Seung-hoon, who finished fourth, looks like a good fit for YG Entertainment in the near future. Though he might not have had the best voice, his ingenuity in crafting a truly unique performance each week as well as his skills in choreography and composition smacks of a G-Dragon or Teddy Park in the making.

As for third-placed Baek Ah-yeon and fifth-placed Michelle Lee, it is not a distant possibility to see them working with JYP Entertainment in the future. Although they may be very different in their musical approaches, and they each got the better of each other in different weeks, in many ways they both fit JYP. Michelle’s smooth and rich vocals make her a very nice fit for most of the soulful songs he composes, while Baek seems to embody the JYP values of continuous improvement and a very strong passion for performance.

That is not to say the rest of the contestants would not have much of a future, just that they would be better fits in other smaller entertainment companies. For example “piano boy” Yoon Hyun-sang, who composed this little gem below, would have been better with a smaller company like Loen Entertainment, or Indie specialists Fluxus Music. who tend to have a carte blanche approach with their artistes, which would really suit Yoon’s folksy, heartfelt singing, which evokes a feel of ’80s singers such as Yoo Jae-ha.

There are a few contestants who could with other companies nicely. The determined diamond in the rough, Lee Jeong-mi would be worth watching. Though her performances at times came across as slightly muted, she could be easily nurtured into a real performer with her endless work ethic and capability to surprise. Another contestant whose fate is worth watching is Kim Na-yoon, who despite being one of the more disliked contestants in the top 10, actually had reasonable singing and dancing ability, with good looks to boot. She would be a good fit in an idol group in the future, given her good but not great skillsets.

Regardless of where the contestants end up, there is bound to be a few successful alumni from these shows. And with more of these shows coming up, eventually a reality singing competition might just be another way for companies to source talent that can be debuted faster as they require less training to get up to scratch, and into a readily accepting market due to public recognition of them. And seeing how these contestants prove that talent still matters over style and slick marketing, it can be a sign that K-pop is taking a more sophisticated, substantiated approach towards impressing its fans.

And that that has got to mean far more for viewers of these shows than weekly entertainment or seeing the favourites romp home with the prize money.