Putting it in Black and White: G.NA, Then and Now 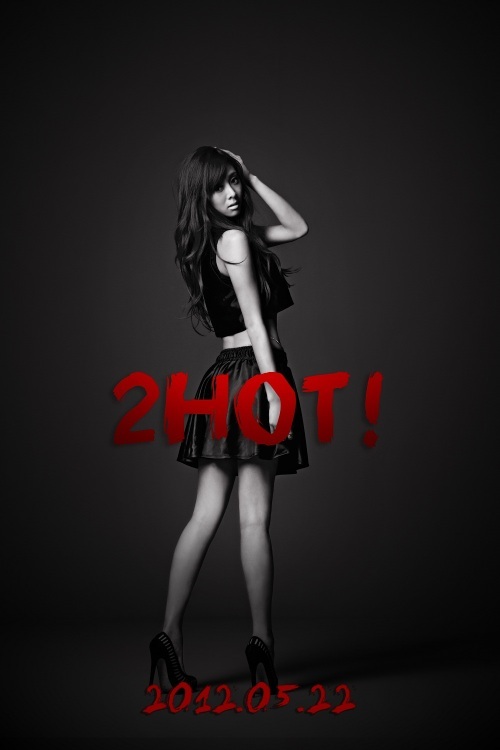 Cube recently announced her comeback to the pop scene with her third mini-album Bloom and her comeback dance track “2Hot”, which is reportedly going to “be a dance number of a new genre that will maximize the many charms of G.NA,” and other promotional mumbo jumbo. And while this embellished praise seems promising for what’s to come, I can honestly say that it would be nice see G.NA actually live up to the hype.

To put it more directly, it’s been a while since G.NA has wowed me. Since her debut in July 2010, G.NA has progressively stumbled down and out of the list of my personal favorites with each promotional track she has put out. And that’s a hard thing to admit, because I really wanted to love G.NA — she is an amazing dancer and an amazing vocalist, with a feisty, spunky attitude to boot. But she hasn’t exactly been perfect.

G.NA debuted with her highly anticipated album Draw G’s First Breath in 2010 and the promotional track “I’ll Back Off So You Can Live.” In this debut MV, G.NA seems like a triple threat — cute face, killer moves, and strong voice. The song went on to grant her great recognition, and peaked at the #2 on the Gaon Charts. Her subsequent hit “Black or White” claimed the #1 spot on the Gaon Charts, and eventually won G.NA an MNet 20’s Choice Award for Hot Online Song and a Golden Disk Award for Digital Bonsang. At the end of the 2010, G.NA was awarded the Gaon Charts Award for Rookie of the Year. And all seemed well for G.NA, conceptually and musically. For a female soloist, she was doing quite well. Some of us may have even wondered if she would soon stand up to comparison to the likes of BoA and Hyori.

I guess you could say “Top Girl” was right about where my love for G.NA took a serious a plunge. “Top Girl” and later “Banana” (though “Banana” was banned shortly after its release) was a cause to reevaluate G.NA’s musical direction and experimentation of concept. With “I’ll Back Off” and “Black and White,” G.NA was the image of the older girl next door with sprightly attitude that was both refreshing and mature. She didn’t remind us of any other idol (which in K-pop, we all know happens too often) and her talent was evident. But “Top Girl” and “Banana” didn’t seem to show off all the right aspects of G.NA, and instead focused on her pop princess crowning and sure-fire sellout aesthetics. While both productions were by no means flops (“Top Girl” peaked at #4 on the Gaon and “Banana” peaked at #30, keeping in mind “Banana” was banned early on), they were still almost too trite to be worth my time. The interchangeability of G.NA’s appeal with that of other female idol and idol group equivalents was beginning to outweigh her real talents and I was beginning to get bored.
Which is exactly why I have high hopes for “2Hot.” This is G.NA’s time to shine again and leave mediocre music routes to the rest. As a soloist, she needs to stand out for being much more than just a dancing queen or an idol-aegyo doll. If G.NA wants any real longevity in her career, she needs to establish her entity as a female soloist. And this comeback seems like the most opportune time to begin fleshing out that entity, now that she has a solid name in the music business and has experienced different degrees of success with different approaches to her music. Bloom will drop May 22nd, and hopefully it signifies a new era of G.NA to blossom in with newly re-energized vigor — something that makes heads turn the same way G.NA’s earlier works did. Will G.NA light our hearts ablaze with “2Hot” comeback? For our sake and G.NA’s, I sure hope so.