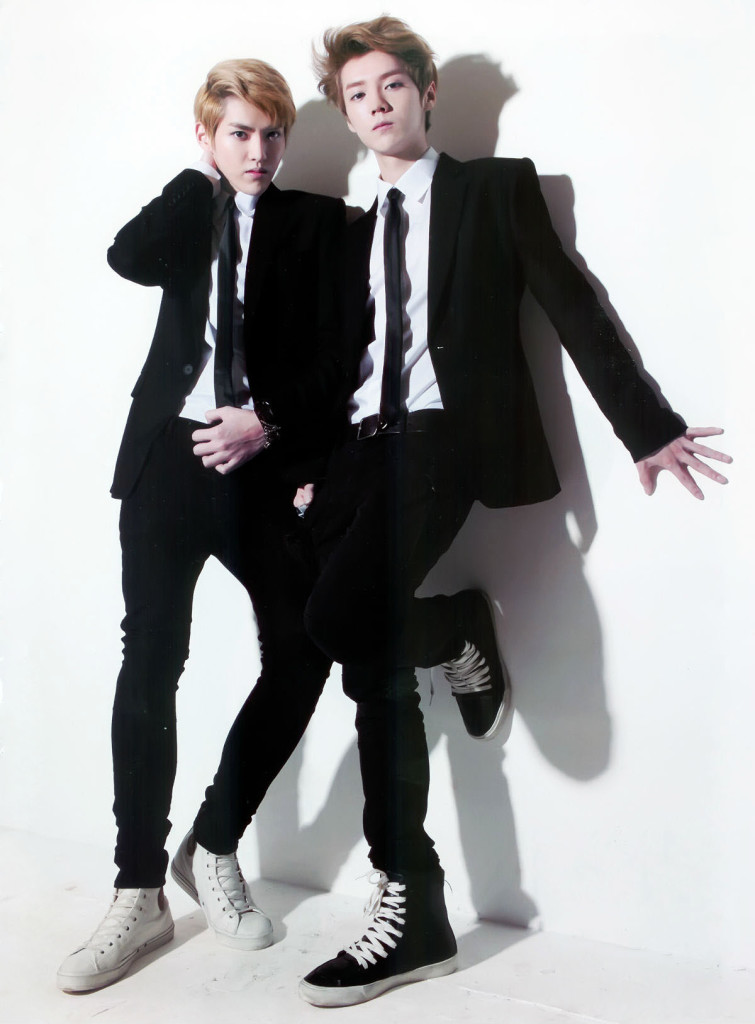 Within the last couple of years, we have seen more and more idols of the second (and even third) generation of K-pop idols break away from their groups and companies to strike out on their own. Sohee, Lee Sem, Eunji, Kris, Nicole, Ji-young, Sera, Lu Han, Lee Joon, and Thunder all made the decision to move on, either by letting their contracts come to a natural end or filing a lawsuit to force termination; and even though Jessica was kicked out (something a lot of people seem to forget), even she was planning on leaving the Soshi fold in the near future.

Undoubtedly, many more idols will join this exodus as we shift to a new generation of idols; and while it will happen some time in the future, there are some idols we all wish would bounce sooner rather than later. Part of an established group but not quite receiving the opportunities they need to thrive in the Korean entertainment industry on their own merit, these idols arguably have less to lose by leaving than they do by staying. Some of these scenarios are less likely to occur than others, but we can dream, can’t we?

Below are my picks, but please let me know yours in the comments!

Minzy may be the one directly involved in 2NE1 break-up rumours, but she’s young, in school, and can probably afford to take some time to figure out her next move. Dara, though, appears to be very clear in what she wants, if her constant mention of acting in recent interviews is anything to go by. Sure, she may have been the one to ask YG to give her a spot in 2NE1 in place of acting gigs, but being an idol has helped her build enough of a profile with which she can establish an acting career. Or, at least, that’s the idea.

Dara already has a modest swag of acting roles from her time in the Philippines, but in South Korea her most prominent drama role is a ten-second cameo in the You From Another Star finale. The group may still have schedules, but between Bom’s drug scandal — which netizens seem unwilling to let go — and CL‘s US debut in the Northern Spring, 2NE1 will not be incredibly active for the foreseeable future. This is Dara’s chance to try for some acting gigs. And seeing the lack of work she’s getting under YG, she may as well try her luck under a different agency. 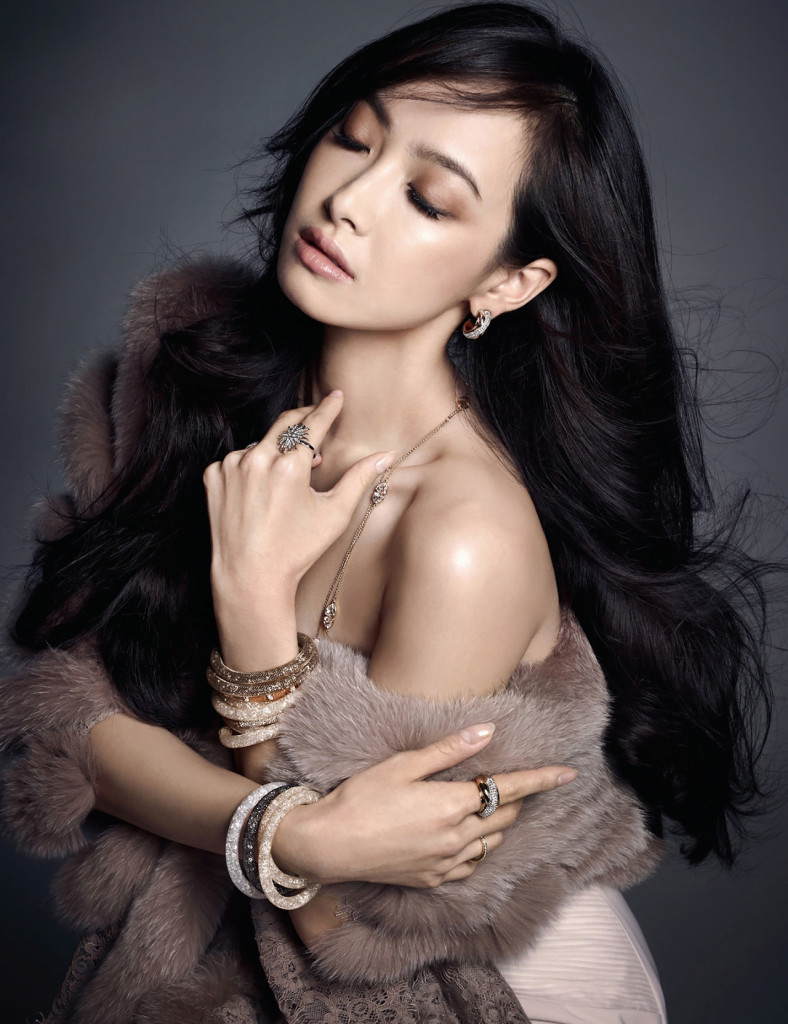 Her Royal Highness, Queen Victoria of f(x), is another child of the ’80s who seems to be stuck. With her countless MV appearances, endorsement deals, and photoshoots, one would think Vic’s solo career can only get bigger. But while Amber and Luna, the most overlooked members, have their own individual activities , what is Victoria doing? Filming My Sassy Girl 2. With Cha Tae-hyun, who was already in the first one. Not saying that Victoria couldn’t make like Vidya Balan and have this likely Munna Bhai 2 roll off her like water off a duck’s back (let’s just ignore the difference in acting talent between to two for a moment), but is it really that wise to tempt fate like this?

Victoria has only had one big acting project: 2012 Chinese drama When Love Walked In. She’s also slated to appear in a couple more Chinese dramas, though not all details regarding them have yet been decided. There’s no doubt that Victoria would have received numerous offers to work in China, even without SM‘s help — which is a good thing, considering their currently receding hold on the market. Her Korean acting career may pick up, but Victoria can establish herself faster in China. So I say, join the Chinese betraydols and head for greener pastures, Vic! However many times netizens praise you for not being like the other Chinese idols under SM, it’s not worth missing better opportunities elsewhere.

Beast is sill going strong, and are set to make their comeback any day now; but while rapper Junhyung is in a comfortable position with his group and becoming increasingly responsible for its success with his songwriting, there still lingers a feeling of potential being lost. Junhyung isn’t incapable of getting solo activities: he has a solo mini-album, multiple features on other artists’ songs, a fair amount of songwriting credits, and played the male lead in Mnet drama Monstar. Rather, there is a need for further back-up and support as he finds his feet as a soloist: whether he is getting that from Cube, is doubtful. At this point, Junhyung doesn’t need Beast and Cube as much as they probably need him. Junhyung doesn’t lose anything by staying, but he stands to gain more by leaving.

We have already written about how G.NA should sue her agency already, so I’ll just say this: whatever faith I had restored after “Oops” was decimated by … My god, I can’t even remember the name of her last single — which says a lot about it. Cube doesn’t deserve you, G.NA, you need to get out and find a company that does appreciate you! 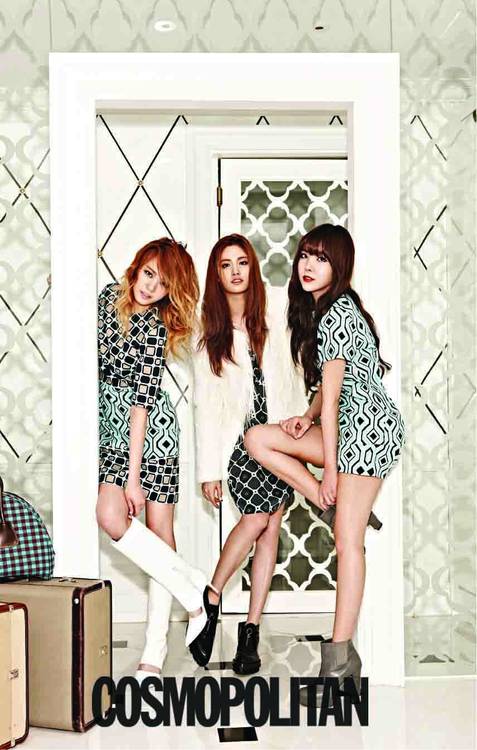 You were all expecting me to say Uee, weren’t you? Believe me, she should bounce, too, but at least After School‘s graduation system will make it easier for that to happen. Whether the same system applies to sub-units though…

Hear me out: this example is going to be more from the company’s perspective, but it should benefit the individual idols as well. Orange Caramel is like Pledis Entertainment‘s baby’ it gives a lot of attention to the group, and it shows in their fun songs and brilliantly crafted concepts. But the fact is that this sub-unit has outgrown its host group. Orange Caramel’s popularity has grown in comparison to After School’s, and it doesn’t help that only one group can promote at a time. An Orange Caramel comeback leaves After School short three members, including one of their main vocalists, while the time required to prepare for an After School comeback cuts down on the time Orange Caramel has for its own activities.

Therefore, wouldn’t the perfect solution be to make Orange Caramel a stand alone group and have After School continue on with new members? Pledis’ idol resources would no longer be as tied up, and it could approach the public with more variety — due to the two groups’ different concepts –, more often. And it’s not like Pledis is doing that great on the male group front, anyway; the company needs its girl groups, and splitting Orange Caramel from After School would be the way to go.

And there you have it, folks. As I mentioned above, this is by no means an exhaustive list and seems to feature more female idols (I wonder why?), so I would love to hear your own suggestions and reasons in the comments below!