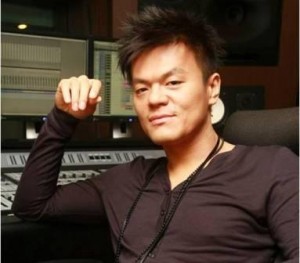 Park Jin-young, more commonly known as J. Y. Park or JYP, the quirky leading figure of major entertainment company JYP Entertainment, has enough musical merits to live up to his position. As described in Antonia’s review, JYP has a long history and experience as a musician, and all that experience is not only shared with the major acts he has under his label — of which include 2AM, 2PM, Miss A, and Wonder Girls — but is clearly shown in his own work as well. JYP’s most recent effort, the mini album Spring — 5 Songs for 1 New Love, exemplifies the extent of JYP’s artistic ability and displays clearly his musical vision. The album in question consists of tasteful pieces, all meaningfully and creatively crafted.

If JYP, his influences, his accomplishments, and his ideals could be portrayed in a single song, that song would be “You’re the One.” The song is breezy and soulful — a trait shared by many of the pieces created under JYP the music label — and is a very easy song to listen to. The song as a whole is lighthearted and fun, and it carries an old-school quality that is a something refreshing to hear in today’s music scene. The lyrics of the song is very JYP-focused too; the content details all the success JYP has, but despite all that he’s exposed to, he has eyes only for one person. There’s a jazzy vibe that is present throughout the song, from the mellow piano to the range of percussion that carryies most of the song. Even my main complaints of the otherwise crafty song is one that applies to a lot of the work produced by JYP Entertainment. The song somewhat lacks an obvious climax as while it picks up toward the end, the rest of the song just passes through you, a trait that is present in many JYP pieces.

The MV of the song is bright and lighthearted, much like the song itself. The lyrics talk about JYP and his glamorous life, and as a result, the MV is very glamorous and JYP-focused as well. Other than the dance scenes, the camera is set up so that we see things in the perception of the person JYP is talking to, meaning much focus is placed on the man, which isn’t really a bad thing at all. JYP has enough acting experience to carry this song, and while his actions and expressions can get to be borderline hammy (and honestly kind of creepy), you can find amusement in his actions, an act presumably intentional to add to the viewing experience.

Through this camera work, we see the extent of JYP’s success and the devotion he has to the character whose eyes we are seeing through. He invites us to his lavishly furnished room where we see his blatant accomplishments through the pictures to the walls to the trophies that line the shelves. We see him being the star in a club scene, being photographed and approached by women, who he promptly shrugs off of course as a sign of devotion to his love interest who is in earshot. And we also see him dancing in the streets of a foreign city, being approached by foreign fans, to show his worldwide appeal. 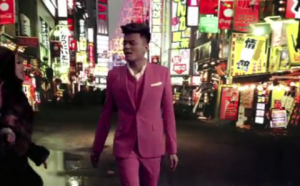 The setting of these scenes are wonderfully done. The room we first enter is dark-lit and gives an intimate vibe, and that scene illustrates JYP as a romantic, strong figure. The outfit he wears here is a nice touch: while it’s classy and urban to match the room, the pattern and the the dark purplish color adds to the whole jazzy vibe the song has. The second setting is more bright and colorful, and the cameras and the fans add more to the portrayal of JYP’s glamorous life. And the city scene was beautifully shot; the cityscape looked all the more vibrant under the view of the tunnel JYP dances in. The lighting of these scenes were smartly done as well. Not only did the lighting help create a shinier, more exciting vibe, but it also helped transition the scenes together as the bright lights were featured throughout the MV. Also, the way the lighting was done had a light following and featuring JYP, adding more emphasis on the man himself.

The camera work generally adds to the MV by further focusing on JYP, but the camera caused a bit of trouble as well. There were a few awkward angles that were shown because of the use of this technique and the camera was also shaky and unfocused in some scenes. But generally, these scenes were craftily done and the flaws could be easily overlooked. 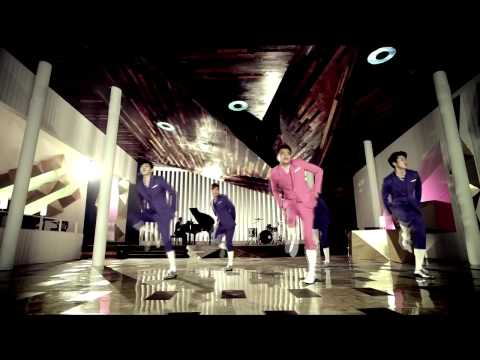 My main critique mainly lies in the dance scenes. The choreography was not the problem, however. Actually, the choreography was refreshing and quirky. It featured some very old-school dance moves, moves JYP performs flawlessly. The fancy footwork was fun to watch and learn to do, as were the quirky shimmies that allowed JYP to show his inner diva (definitely outshining his back-up dancers).

My main complaints were mainly placed in how these scenes were handled. The first dance-cut in the dark with JYP and two back-up dancers under a spotlight was pretty to look at, but was totally irrelevant to the rest of the MV. The setting of the last dance scene was also misplaced, as the gold palette (very reminiscent of “Nobody”), while luxurious, violated the urban color scheme the MV dominantly featured. Also, the striped golf socks worn in that scene are inexcusable, ruining the otherwise classy white outfits. 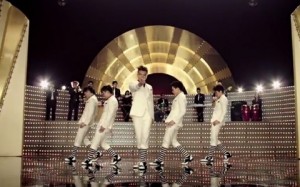 Thankfully, the second dance scene, the scene featured in the dance version, was handled better than the others. The brightly colored suits and the stage background were relevant and fit the color scheme (though I could have settled with a less intense shade of purple). The piano in the background especially (seen even in the second party scene) was a very fitting addition as it looked urban yet old-school at the same time.

Overall, this MV had its flaws but fulfilled its purpose of glamorizing JYP. While it had its missteps, the combination of urban elements with old-school components made a quirky, fun, and amusing piece, a piece that represents all things JYP. This MV gets the score of 3.2/5. What do you think, Seoulmates? Did you enjoy JYP’s “You’re the One?” Or do you think JYP should stick to being the innovative CEO he is more commonly known as?