A Pink is Back with UNE ANNEE

One of the more memorable rookies of 2011, A Pink has just dropped their first full-length studio album with the title track “Hush”. While their feminine (and perhaps a tad too girly) appeal struck out at me, it wasn’t until “My My” that I chose to pay more substantial attention to them. They weren’t the most outstanding performers out there, but they had great lives and infectious songs — and of course, Eunji, who probably has enough vocal talent for the entire group. And at long last, their first full length album has been released. 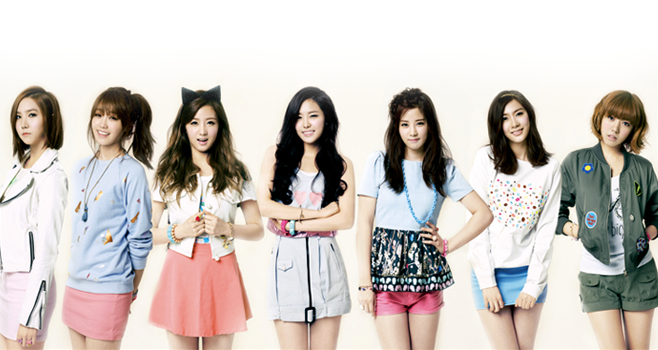 Contrary to the stronger introductory tracks Cube listeners may be more familiar to (especially in the case of 4Minute), A Pink channels their feminine feel throughout the introductory track “UNE ANNEE”, with gentle instrumentals and a simple message in English: “Seven angels return, a new start, a new beginning”, of course, no K-pop album is quite complete without some awkward Engrish as we continue with “four seasons, winter, fall, summer and spring. Together again A Pink”, which suffers from a lack of logical fluidity. Regardless, “UNE ANNEE” works well as an opening track, with electronic beeps leading into the title track “Hush”.

“Hush” was a step forward for A Pink, though not necessarily a step up. Certainly, it is a decent song, albeit somewhat run-of-the-mill and unimpressive with the customary electronic arrangement that K-pop is so saturated with. Even so, A Pink still manages to channel the girly image they’ve been consistent with since debut while evolving musically. While it’s understandable why the decision was made for A Pink to push forward with a song like this, it comes off as a desperate bid to fit the widely-accepted K-pop mould — and by extension, lacklustre. “고양이(Cat)” is what one would consider a better example of A Pink’s musical progression. Electronica and acoustic instruments can create a highly enjoyable melody and “고양이(Cat)” does a decent job of presenting that. Listening to this track did send off some f(x) vibes but past the talk-singing, the A Pink we are well-accustomed to is prominent, too-sweet and high-pitched vocals and all.

While I may be called out for saying this, A Pink holds distinct similarities with pre-“Gee” SNSD and this includes musical style, most apparent in “4월 19일(April 19th)” and “BUBIBU” which are in fact, two of the better songs on “UNE ANNEE”. It is a mid-tempo ballad with soaring strings accompaniment that is all too welcome to the ears. None of the girls sound off here, especially since they are singing in a more natural key — Eunji though, remains the star of the show in terms of vocals and “4월 19일(April 19th)” truly does her justice. Cube has really hit the jackpot with this songstress. “BUBIBU” brings back the A Pink at debut and “Lollipop” vibes. While it is entirely enjoyable, listen-able sugar-sweet pop, the resemblance these tracks have to those of their seniors’ are a tad unnerving. Regardless, “BUBIBU” will not fail to get those “niga neomu choewa”s into the listener’s head and if that isn’t a mark of its success as a good track, what else is? 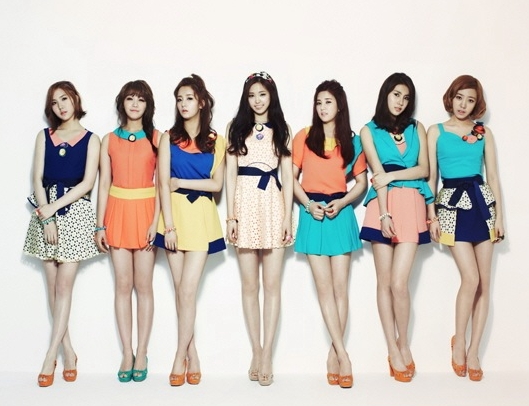 When I hit “STEP”, it seemed that A Pink could do no wrong. Thus far, there have been no ear-grating and unnecessary rap breaks and few nightmares-in-song-form. “STEP” is a laid-back and feel-good track. That’s all it needs to be and it does what it needs to do perfectly. It is pleasant to listen to without being overbearing on the senses. The only drawback would be how it doesn’t leave a strong impact on the listener. “BOY” though, is the exact opposite of “STEP” in every way possible. In stark contrast to the previous track, it is heavy with electronic instrumentals. The vocals though, leave something to be desired and at the end of the day, “BOY” isn’t all that impressive. If there was something that A Pink got right with electronica as a basis, it would be “I GOT YOU”. Like “BOY” it features a short and slightly irksome rap, but for the most part, it is an engaging song. The bridge of “I GOT YOU” is superb with a steady build up created by the intense bass beats and Eunji’s signature extended note (as overused as one may claim it to be).

The album ends on a moderate note with “하늘높이 (Feat. Joker) (Up to the Sky)”. It is one of my personal favourites off the album. While A Pink doesn’t quite sound like the fairy-like girls we met at debut, their singing is much stronger here. We also get background chants which are ever welcome. The raps in “Up to the Sky” are bearable and don’t retract from the song. Junhyung (of BEAST)’s feature was indeed short, perhaps too abrupt, but still served as a great introduction into the song.

A Pink might lean too much on the sugar-sweet side of things for most, but “UNE ANNEE” showed that they are, to a degree, flexible with their music. To be frank, “Hush” was one of the worse songs off the album, coming off as rather bland and run-of-the-mill — exactly what A Pink should avoid. “I GOT YOU” or “BUBIBU” would have been better choices as title songs, but for all we know, they could be scheduled as a follow-up song. Overall, “UNE ANNEE” is a solid album, containing a healthy blend of the sugar-sweet that listeners have heard since their 2011 debut and some stronger electronic sounds.  As a result, A Pink receives a 3.5/5 for their efforts, earning a place as the official ‘guilty pleasure’ on my playlist and maybe even yours.