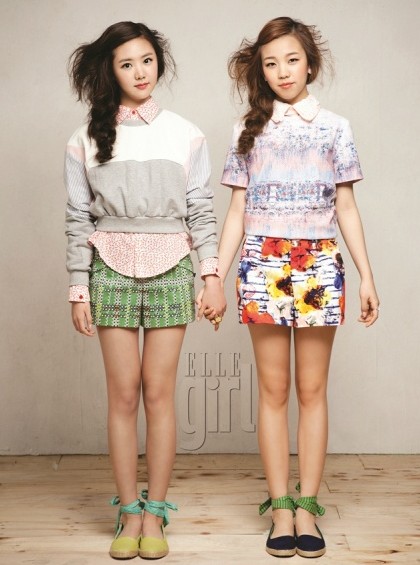 No matter how incredible our favourite idols look, sometimes it’s nice to see some fresh faces on the magazine circuit. And they don’t get much greener than this, with Elle Girl featuring K-pop Star runners-up Baek Ah-yeon, Kim Na-yoon and winner Park Ji-min.

K-pop Star was the first, and the last, Korean competition-style programme I have watched; mainly because half of the contestants were better than the watching idols themselves. Like a frustrating summer romance it was a brief but intense love affair, with many hours spent near-crying in either elation or frustration. There may have been a bit of screaming in the house when Park Ji-min won. Oh scratch that, I hugged my computer and cried as if it were my own sister who had come first.

So when K-pop Star ended, and the contestants headed off into the swirling vortex that is pre-debut, or simply dropped off the face of the earth, my love slowly faded. The bright shininess of such shows dimmed and I began, as one so often does when a TV series ends, to wonder what I just did with my life for the last couple of weeks. 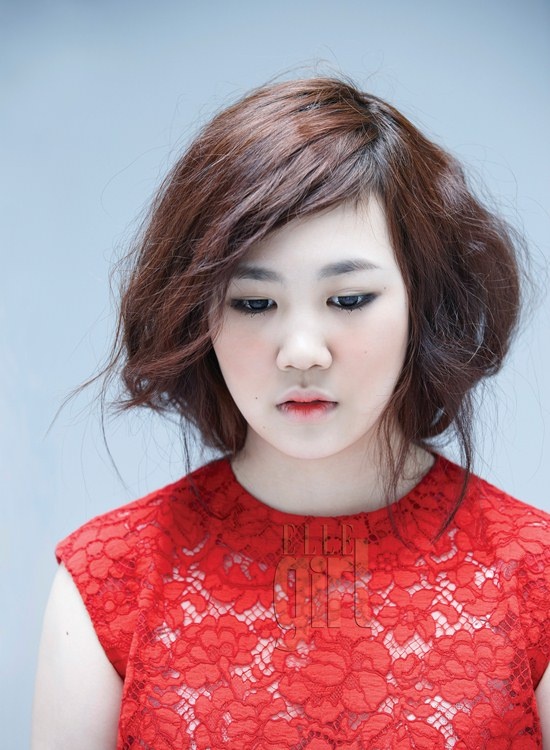 But you don’t watch girls like these go through the kind of emotional rollercoaster they did without retaining a deep affection for them, so it was delightful to see the three looking so charming and professional. Due to their youth, and the fact it’s Elle Girl, it is a given that they wouldn’t be dressing them up in black leather and smudged eyeliner, but in their desperation to give the girls a classically cute yet interesting look they may have overdone it a little on the prints. In Na-yoon and Ah-yeon’s joint photo there is a lot going on, especially for Ah-yeon. She would have benefited from a much simpler skirt to match the pastel styles in the rest of her outfit. Similarly Na-yoon’s shorts didn’t add much. The preppy shirt collars and sweaters suited them, despite the more masculine shape. The ankle-tie espadrilles are great, one of few styles of summer shoes that manage to be stylish and even occasionally comfortable. The best thing about this photo is their hair. Just straddling the line between dishevelled and whimsical it adds a fresh touch where many photoshoots would have settled with soft waves and adorable fringes.

Out of the three of them, Ji-min looks the most like a doll, and doesn’t Elle Girl make the most of it. Her close-up shots have her in a beautiful red lace dress, while her rosebud make-up and fly-away hair stop it from being too seductive. The dress, with a fruit and flowers print in sunny colours, is pretty, but maybe a little too young for her. It would have been nice to see a little more of that stage expression from her, the fashion was bright and cheerful enough to warrant a smile surely? Like the other two, she missed out on a side-plait but her hair looks great anyway. Why is it when she has bushy hair it is fashion and when anyone else does it’s really bad bed-head? 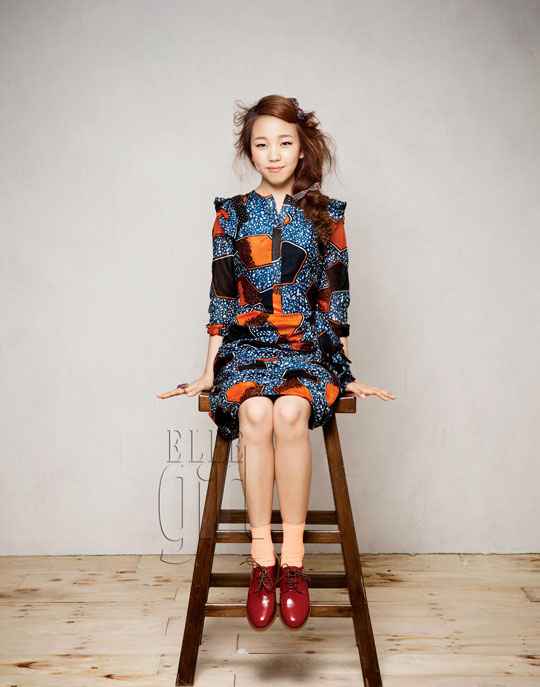 My eyes were instantly drawn to Ah-yeon’s dress-coat because it’s the same Eclectic Print Trench Coat from the Burberry Prorsum S/S 2012 collection. The lack of accessories means her smile and the pattern of the coat can speak for themselves and personally it’s my favourite part of the shoot. I also love her fairy-tale red brogues.It fits her beautifully, which is more than can be said for Na-yoon’s baby-doll cut dress. The large floral print drowns her and the angle she is posing at make the dress look awkward. I also feel the wooden toy she is holding an anomaly — it’s a cute idea but it needed to be better explored in the best of the photoshoot; give Ji-min a teddy bear or something. The tights are nice but the purple and orange are the wrong colours for her dress. However her shoes are my favourite — simple, but the wedge heel and Creepers style is so on-trend at the moment, with brands like Urban Outfitters Boutique  stocking up on the style. 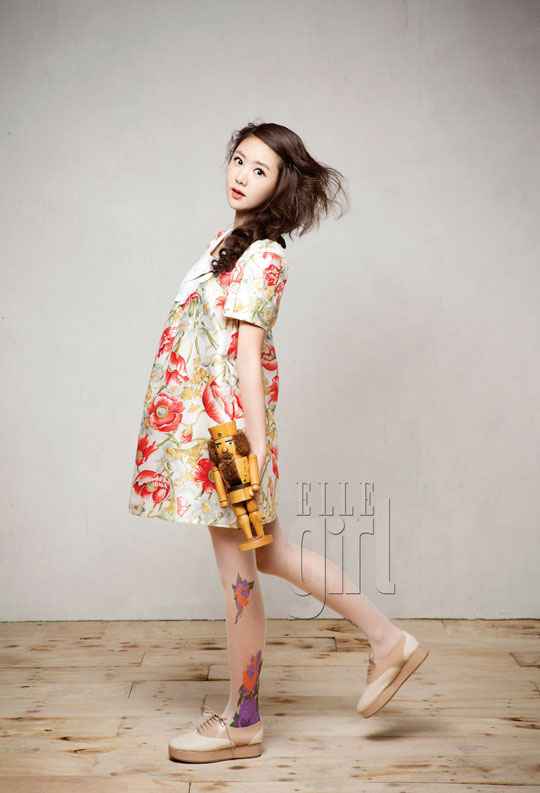 The main reaction to this photoshoot is that the girl’s natural beauty is their greatest asset, and extreme dieting and plastic surgery isn’t the way forward. While I’m wary of the usual metric ton of Photoshop when it comes to any fashion spread, I agree. For the most part it’s great to see these girls wearing clothes that aren’t massively sexy, instead in garments that older women seem to be saddled with too much. Barely rookies and they could easily pass for professional models here. I’ve got everything crossed that they will be able to continue in the public spotlight.