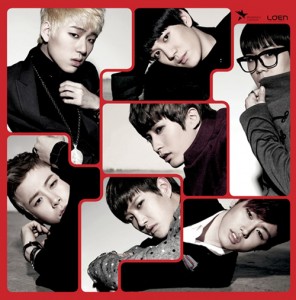 Hey, remember these guys? Of course you do, “NalinA” was only the start of February, which, in fairness was dynasties ago in K-pop times.  Of course, there was the Thailand controversy for which the backlash was so severe it hospitalized the group’s magnae P.O and petitions were signed for the boys’ suicide. Seoulbeats has already covered this and I move on instead to talk about their surprisingly muted comeback.

In the past Block B have been known for their aggressive yet upbeat hip-hop, infused with speed-rapping and solid vocals. They burst onto the scene with “Freeze” and ever since have been making some seriously catchy tracks which, while not having the most original sound, are certainly of high calibre — if a comparison must be made they do echo Big Bang in the “Good Bye Baby” days.

Or did echo Big Bang, because the teasers and songs they have been releasing in anticipation of their comeback are decidedly more laid-back then their previous work.  Earlier this week they released a thirty-second teaser from the repackaged album Welcome To The Block. The song is called “Close My Eyes” and already fans have been debating the title alone. In Korean, the phrase “close my eyes” can be used to indicate a wish to forget a painful memory, similar to the Western expression “put it behind us and move on.” Maybe that explains the more melancholy feel to the song; in fact, paired with the clips of Block B practising and performing it reminds me of SM‘s new I AM teaser, crafted specially for fangirl squealing and perhaps a few tears. While the video is too short to really show the band’s progression from debut to where they are now, it does reveal something beyond the confident, brash exterior they put up. Perhaps with the repackaged album will come a complete MV in the same vein. 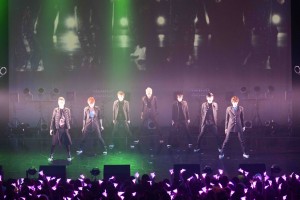 The whole idea of repackaged albums seems to incite a love/hate relationship from not just K-pop listeners, but music lovers everywhere. On one hand, they give you a chance to get a supposedly better version of the original, with new tracks and fun remixes. On the other hand, chances are if you are that big a fan you will have already bought the album, and are now left with the choice of either being content with an inferior copy, or having to spend more money on something you already have, only with a few additional bells and whistles attached.

It’s a shameless money-making scheme, but sometimes with a limited amount of time to grab attention, it’s what groups need to keep relevant. Maybe it would have been better for Block B to stay out of the spotlight for a bit longer, work on some completely new material and come back again in a year. If fans have stuck with them this far then they’ll probably still be around to support Block B whenever they come back. With their leader recently injured and rumours of sickness within the group I honestly wasn’t expecting anything from them for a long time. So I was pleasantly surprised, as long as this isn’t all we BBCs are getting for the twelve months.

They have since released the repackaged version of the album with new songs “Close My Eyes” and an “Action” remix. “Action” was actually my personal favourite song from the original album; “it makes me want to get up and dance” is pretty overused but goodness, it really does. The remix is a bit edgier and loses the happiness slightly, but it’s worth it. They haven’t lost the catchiness of the original “ooh la la oooh la la” and the backing synths give it a sexier, club-friendly feel. I actually prefer it, but it’s not worth buying a whole new album over.

“Close My Eyes” is a whole new song written by Zico and Kyung. It’s always great to see the idols penning their own material, something that is a proud tradition for Block B already. Of course, that only applies if the song is any good. Its intro with the drumroll and Caribbean-style guitar is sailing kind of close to reggae music; does this mean a return of Zico’s awful dreadlocks? I’m hoping not. The vocals at the start are pretty sexy in that smoky, uber-confident and cool way, and it gives way into a sweet but sensuous song. It may sound pretty good in the studio, but let’s hear it live before being sure it’s worthy as a title track, even if it’s just a repackage.
While it’s great that Block B is branching out into a slightly different direction musically, I listened to them for their hip-hop, such as Freeze, Halo and NalinA. I’m a little disappointed that this new material isn’t like that, but good for them if they are willing to experiment. It’s not like it is awful music either, just not their norm. Block B have been down but not out, and this is hopefully signalling a new era of growth and success. I’ll be very interested to see where they take this.