At this point, we all are aware that music is not the only factor in the success of an idol group. Everything, from the fashion to the concepts, the promotion time and the varieties appearances, counts. And there’s also an element that’s not up to the group or to the company and definitely plays an important role too — luck.

ZE:A, also known as Children of Empire, is a 9-member group that debuted in 2010 under Star Empire Entertainment. Although having successfully promoted in different Asian countries as well as Korea, the group has yet to reach the peak of its popularity. Not rookies anymore, yet still a relatively young group, there seems to be something else besides time stopping them from reaching the top: bad luck.

ZE:A gained some attention before debuting thanks to their appearance on Mnet’s Office Reality, as well as their own reality Empire Kids Returns. Unfortunately, they also got some headlines due to the similarity between their name and Brown Eyed Girls‘s Jea, and had to change the pronunciation to avoid controversy. And this could have been just an isolated anecdote, but it turned out to be the first in a series of unfortunate events in ZE:A’s path. 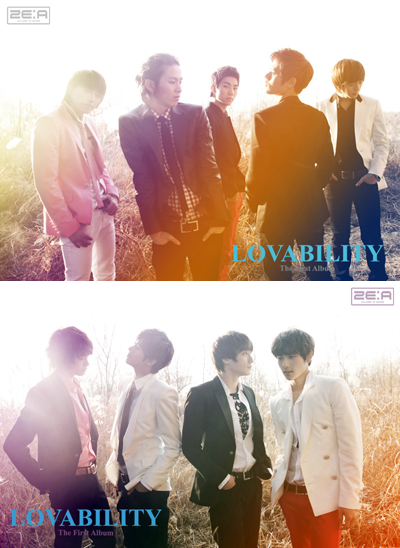 It was only some months into their debut that one of their most remarkable unlucky events happened. The MV for their 3rd single “Level Up” raised expectations with two kick-ass teasers — guys in coveralls, flashy haircuts, fast cars. Unfortunately, the MV for “Level Up” was never released; according to Star Empire, all the footage was ruined due to bad weather conditions during the filming.

Around that time also, their official fanclub name was announced to be ZE:A’s, or ZE:A STYLE. Now this isn’t exactly bad luck, but it is unfortunate indeed. One can imagine the guys thanking their fans in fanmeetings and performances, shouting to the crowd: “Saranghae… ZE:A STYLE.” Doesn’t sound catchy, to say the least. But since it was chosen through a poll in their official fancafe — and they are definitely not the first group with a fanclub name that could use some improvements — let’s move on to the next point.

Not everything was troublesome in ZE:A’s career, though: the second half of 2010 and the beginning of 2011 were good times for them, expanding their success with an Asian tour and a Japanese debut. They came back to Korea to release their first full-length album in March 2011; what should be a major event in the career of a young group, however, didn’t turn out as good. Not long after their beginning, the promotions for Lovability were cut short when “Be My Girl,” one of the songs in the album, was deemed unsuitable for minors.

Some months after, during a photoshoot for a special single they were preparing for the summer, two of the members fell off the yacht they were standing in (you can see the incident here). One of the members, Hyung-sik, didn’t know how to swim at that time, but fortunately the manager and the other member, Dong-joon, were fast enough and he only injured his ankle. 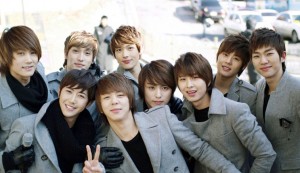 Ever since that incident in summer last year, things seem to have been going easy on them. They have also released, not long ago, something like a short MV (long teaser?) with the footage they recorded for the “Level Up” MV, which left me wondering if besides bad luck there could be some bad management issues here. Why didn’t they release this footage two years ago? Why did they release the teasers when they didn’t have enough material for the MV?

It’s hard to tell whether this bad luck is due to bad management, or if the company wasn’t able to cope properly with these unforeseen events. Putting the member that doesn’t know how to swim in the last row, for example, doesn’t seem like the best idea, but an accident is an accident after all. And getting a song banned is indeed annoying and often quite random, but shortening the promotion time because of that seems to be a bit radical, especially if it’s their first full-length album we are talking about.

Anyways, it seems that the boys are doing well lately, so one can only hope for them to stay like that — and specially to stay away from the water in all its forms.

May the best of luck be with you, ZE:A!