If you’re an avid watcher of everything Korean television related, then you’ve probably come across this realization at one point or another. Korean television networks are involved in a constant battle to see who has the better shows. While this may seem like an obvious and pointless statement to make because all networks over the world want to put out better shows than the other; Korea takes it to a whole other level. These networks will do anything, and I mean anything, to one up the other by taking the exact same concept, giving it a little twist, and throwing it out for the public to eat up.

You think envisioning a storyline from start to end, imagining the original characters, assembling an entire cast to go with those characters, writing scripts for the first couple of episodes, having the sets and costumes ready AND managing to film those episodes within a month, just to have a similar drama, is crazy? Meet tvN’s Queen In-hyun’s Man, the answer to SBS’s Rooftop Prince.

A prince from the Joseon era, Lee Gak, is catapulted 300 years forward into the future in Seoul 2012 with his entourage, which includes Song Man-bo, Do Chi-san and Woo Young-sul, when he tries to investigate the suspicious circumstances which surround the death of the girl he loved. In the present, he finds a girl who looks exactly like his beloved crown princess…

Park Boong-do is a scholar who had supported the reinstatement of Queen In-hyun when Jang heebin’s schemes resulted in her being deposed and replaced as King Sukjong’s queen consort. He travels 300 years into the future of modern Seoul and meets Choi Hee-jin, a no-name actress who is expecting a career renaissance through her role as Queen In-hyun in a TV drama.

Even the number of years from the past is the same!

This kind of drama competition is not unheard of either as anyone who lived through the past few years (a.k.a the era of the spy/action thriller dramas) will tell you. KBS and SBS have been having a feud over who can bring you the better action drama, starting off with KBS’s widely successful Iris in 2009. Following the success of Iris, SBS managed to nab its spin-off — Athena: Goddess of War — which garnered decent ratings overall. KBS then released Fugitive: Plan B to which SBS answered with City Hunter and blew it clear out of the water. The latest drama in this series of back and forths is KBS’s Poseidon, which received lukewarm response at best. Maybe I just have a flair for the dramatic but I can’t wait to see the next installment in this ongoing battle. 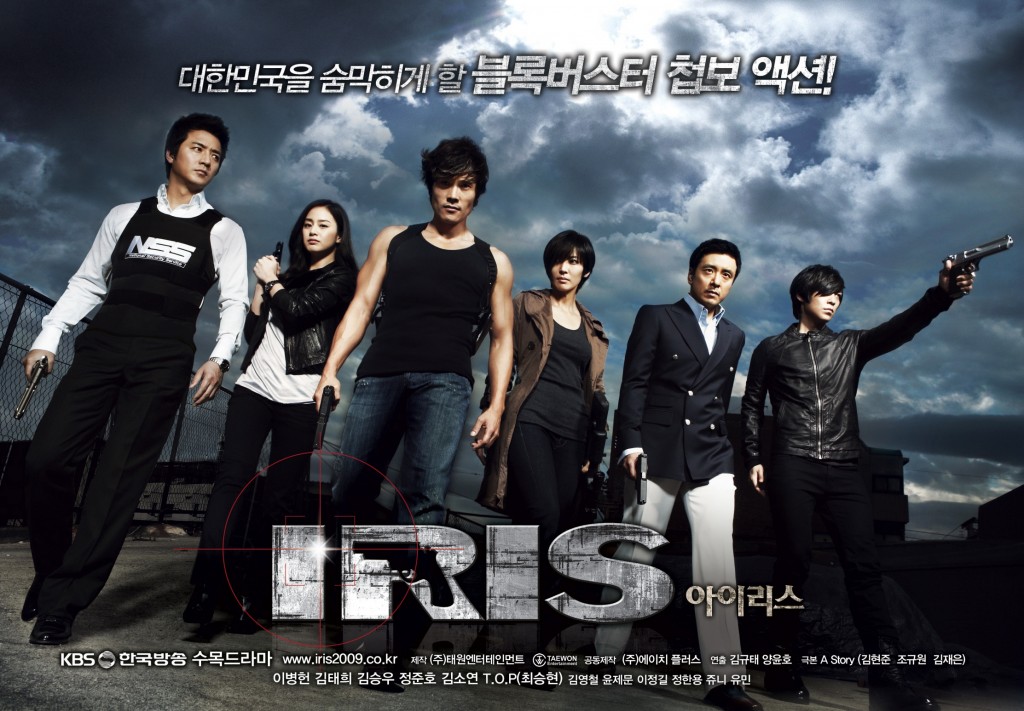 Of course, the battle doesn’t just stop at dramas. KBS’s Immortal Song 2 was so similar to MBC‘s I Am a Singer that the show’s PD literally had to come out and say: “Yeah… we were expecting this. But look at all these other shows that’re copying each other, that makes it okay right?” And of course he was right, in that these shows were definitely all too similar to each other. We already have all these American Idol-esque music shows like M.net‘s Superstar K, SBS’s K-pop Star and MBC’s Star Audition: Birth of a Great Star (bonus points for having an extra “star” in the name) and yet another one is coming into the fray; KBS’s Global Super Idol (negative points for not having “star” in the name). It’s also these exact same networks that broadcast your weekly live music shows, which I’m sure everyone is all too familiar with.

So tell me Seoulmates, do you mind this kind of competition? Do you think it breeds better material due to the pressures of producing a better show than the opposition, or does it over-saturate the market with similarly themed content?

The Genius: One Garnet to Rule Them All