The Genius: One Garnet to Rule Them All 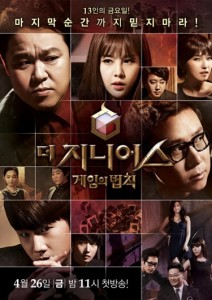 The Genius is a tvN reality competition show that touts celebrities and citizens who are all considered geniuses in their respective crafts. Every week, there is a main match followed by a death match. One by one, contestants are eliminated until one player remains — who wins all the garnets (converted to 1000 dollars per garnet). Most recently, The Genius came back with an all-star cast for their fourth season.

Spoilers ahead for seasons 1 through 3.

It is extremely insightful looking back at how the first season not only set up the show for success, but also revealed some of the weaknesses of the dramatizations & editing. There are many people who liken The Genius to the popular manga Liar Game, and that is likely because of the nature of the game, which usually requires using wit to outsmart and outmaneuver your opponents. In actuality, it is probably more accurate to call it a competitive reality show.

If anything, the show has proven how difficult it is to be the last one standing because a lot of the games in Season 1 were not simply a test of wit but also a test of gaining allies. The first season was addictive and fun because often times, it showed how the majority can be mislead. The editing uses a trick to forecast a shot set a few hours in the future and keeps the audience curious as to what events transpired to get to that point. These moments are often utilized to depict how certain games aren’t always as clear cut as some contestants may be lead to believe. At times, these situations flipped due to spies and backstabbing clandestine moves orchestrated by some of the players. Of course, as it is under the pretense of the game where one person has to go each week, these moves are at times necessary for survival in the competition. While the game mechanics and editing were fun, the cast chemistry was equally amazing. The balance between different play styles allowed for a gambit of moves to be made. and there were a few minds that stuck out from the get go.

Perhaps the biggest aspect of season 1 that I found issue with were the death matches that were decided by majority vote. In those cases, it really felt more about appeasement and allies rather than relying on your own mind to overcome your opponent. This was especially apparent in the rock, paper, scissors death matches. 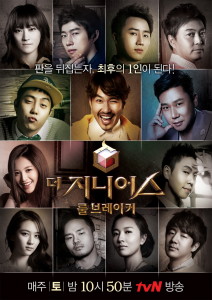 Transitioning over to season 2, there was an immediate shift in tone — noticeable in their first episode. Subtitled Rule Breaker, the show took some major missteps during this season. First of all, there were two prominent players in season 1 who also came to play in season 2. Jinho and Sangmin were quite pivotal to the season 1 storyline and both feature different play styles. Assuming everyone in season 2 did their due diligence, these two would definitely be marked as threats — especially Jinho. With that, the general atmosphere in season 2 already started off with a lot of mistrust and a bigger emphasis on a shadier style of play.

This could also be attributed to the games which seemed to be more easily resolved with the power of the majority or with double dealings.  Cooperation turned out to be quite difficult to ascertain as everyone elicited distrust even from their allies. This escalated to a major negative turning point of the season — ‘the stolen card’ episode. This incident illuminated how the games mechanics ultimately failed the contestants and viewers. The stealing, backstabbing, and deceit reached a boiling point and resulted in arguably one of the stronger ‘geniuses’ to be cast aside early on.

It wasn’t all doom and gloom as season 2 introduced an interesting mechanic — the immunity token. Getting clues to finding the hidden immunity token gave an extra incentive for winning main matches. It added another dimension to the game that gave the holder more power. If used at a key moment, it can change the momentum or provide a player a safety net. While the possibilities of the immunity token were not fully realized in season 2 outside of one moment, the idea behind it did lay a foundation for season 3.

Season 2’s shenanigans exposed the weaknesses in the mechanics of some of the main matches and with the death match formatting. Luckily, these issues would get addressed going into season 3. Season 3 did not bring on major players of prior seasons for their fixed cast instead opting to bring on the first person ousted from season 2. They introduced black garnets where if three are collected, they could be used to attempt a black mission which, if successful, would gain you immunity from a death match and allow you to choose another person to take your place. In addition, the main matches were more complex. Instead of needing a majority power all the time, it layered in betting elements and unique player abilities to add more variables to the games. 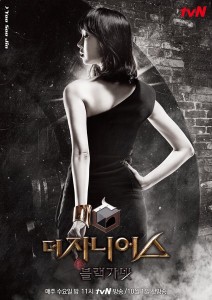 Also, there was definitely a better cast chemistry during this season than season 2. Instead of a lot of backstabbing spy mechanics, there was more cooperation and honesty. The death matches depended a lot on individual skill and not on who had more garnets or allies. Instead of being only for winners of main matches, those who won death matches would also attain black garnets insuring that there was more to winning here than just salvation from elimination.

The show has definitely hit its stride now, building out intriguing themes from the season. One theme from season 3 involved people not from renowned colleges contesting against those that are. Upturning the superiority of these establishments and showing that competency and genius can be more than just where you went to school was a great moral to drive at the heart of the show.

One other thing I would like to note is how there are a disproportionate number of female players to male players. In the first season, I thought the balance was a lot better with an almost fifty/fifty split. However, in subsequent seasons, there seem to be a more skewed ratio. Some people criticize the casting of the females, but I thought there were quite a few strong ones in the pack. They didn’t necessarily have the same flair as some of the other players, but when they played in death matches or were participating in the social aspects, they had a lot of power. It could be argued that there haven’t been as many females making it to the latter stages of the show, but there were also a smaller number of female players that played in seasons 2 and 3 so the percentages weren’t in their favor.

Season 4 is shaping up to be quite the season. All three former champions are in the cast and some of the major brains and runner ups of previous seasons are also in the cast. The Jinho and Yohwan duel never reached fruition in season 2, but they’re together again in season 4, so maybe we’ll see if they get a true one on one match fitting of their rivalry. Also, the play styles of each season are different, so it will be intriguing to watch which ones will win out, and what will happen when these styles confront one another on the battle field. Lastly, the writers usually introduce new variables, so who will be able to control these the most and play the most solid game? Find out as The Genius: Grand Prix gets underway.

Have a favorite season? A favorite contestant? Let us know your thoughts on the show!