Exploring the "Japan Brand": K-pop Won't Live Up to the Hype Forever 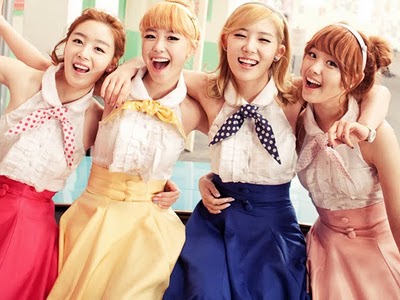 The global influence K-pop music has had in both the realms of pop culture and business stretches far and wide; it often leaves onlookers and listeners with a small piece of awe, making us wonder how such foreign music could be so infectious and successful on a worldwide scale.

At times, K-pop is so successful in other parts of the world that I often joke about whether Hallyu is about spreading music and building community or really about a capitalistic world takeover. Either way, K-pop has become a prominent global demand, and much of that demand is being met by K-pop agencies all the time; whether it’s video messages to fans, making mainstream K-pop available on iTunes, or going on world tours, somewhere, somehow, the world of K-pop is becoming increasingly aware of a global audience. 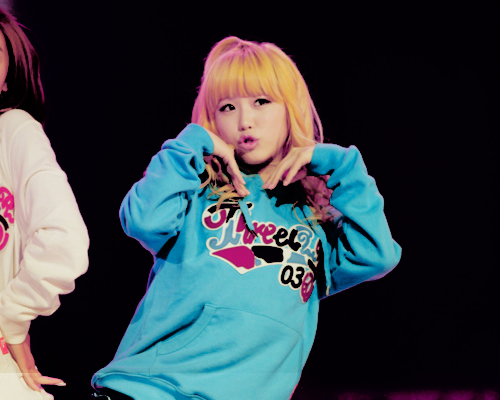 Japan, however, may finally be over the climax of the K-pop phenomena. Among the countries subject to the musings of the great Hallyu wave, Japan has long been the first international music market that K-pop artists branch out to. For years now, debuting in Japan has gone from startling, headlining news to run of the mill expectations–now it seems only natural that at some point during every major K-pop idol’s career, they debut and promote in Japan.

But lately, as fans lament the absence of their favorite groups from the K-pop scene, some music lovers in Japan lament the never ending stream of K-pop acts gone J-pop. Put shortly, some critics of Hallyu in Japan have said enough is enough.

Online daily web magazine Cyzo recently featured an article that divulged how many K-pop groups in Japan often remain virtually nameless throughout their Japanese career. Cyzo‘s prime example was TS Entertainment’s female quartet Secret. Secret debuted in Korea in 2009, and went on to debut in Japan sometime last year. Their Japanese debut single “Madonna” ranked #9 on the Oricon, and their second promotional single ranked #14. But compared to the likes of Shoujo Jidai (SNSD) and Kara, this kind of success is rather negligible. Cyzo quotes one K-pop magazine editor on his honest thoughts about Secret in Japan.

It’s all about the ‘Japan Brand.’ Secret has not reached their peak in Korea, they still have some potential there. But if they had any real popularity they’d be able to do a solo concert [in Korea]. Simply by releasing and performing in Japan, they can go back to Korea and boast, ‘We’re extremely popular in Japan!’ in order to gain more international recognition.

And while this is not to say that is every K-pop groups’ tactics in Japan, I wouldn’t hesitate to suggest that for a great number of groups promoting in Japan, this is probably the basic mentality behind most strategies. Whether or not groups have great fame in Korea, Japan is another opportunity to not only make money, but also win over a whole other audience and claim increased name recognition and marketability. 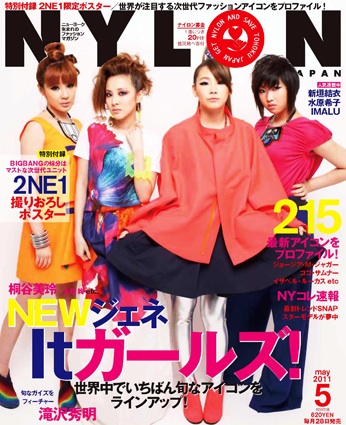 Aside from Secret, 2NE1 is another lackluster group in Japan. Though wildly popular back home in Korea, 2NE1’s Japanese material hasn’t exactly captured the heart of Japan, and the numbers are here to prove it. Their Japanese debut remake of “Go Away” ranked #71 on the Japan Hot 100 Billboard, #49 on the RIAJ (Recording Industry  Association of Japan) Digital Track Chart, and #12 on the Oricon. “I Am the Best” came up at #53 and #37 on the Billboard and RIAJ, “Ugly” stayed at #18 and #50 on the Billboard and RIAJ, respectively. Their latest Japanese single “Scream” is currently at #14 on the Oricon and #65 on the RIAJ.

Secret and 2NE1, however, are merely examples of a bigger issue at hand. Japan has slowly become saturated with K-pop groups as the years have gone by, and most of them do not rise to significant fame. And perhaps more than that, the hype with which many entertainment companies boast about K-pop groups in Japan has become more transparent to many Japanese music lovers. While we can argue that there is no harm in the whole capitalistic enterprise side of things, the frequency of the number of K-pop girl groups popping up in Japan will only be a hot topic for so long. If the groups don’t deliver, they will most likely remain stagnant in the Japanese music market. Not to mention the Korean aesthetic and understanding of music doesn’t exactly match up with the Japanese standard equivalents, making K-pop acts often appear awkward or rushed in the Japanese music realm. This is a fact that has hurt both K-pop acts risking their careers for international fame and practically brought upon Japanese fan audiences a plethora of mediocre Japanese music. 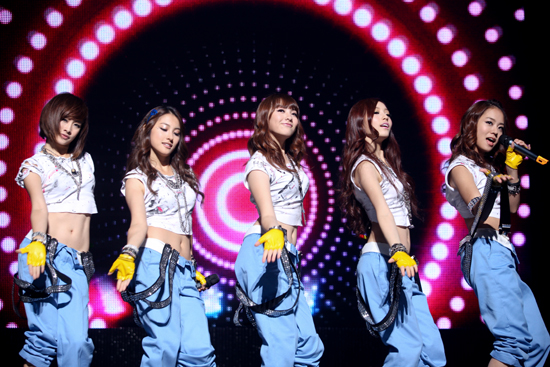 Which brings to question the dynamic with which companies find the necessity to go to Japan and ways in which a group undergoes changed to fit more aptly in with Japanese music trends–I mean, are they even necessary? If K-pop acts haven’t even fully reached their potential and glory in Korea, where is the logic in sending them to Japan prematurely to try and achieve international success, or “success” depending on the context of the hype, to ultimately have greater presence in Korea? (And don’t throw the KARA argument at me here: KARA was a great exception, and in the grand scheme of things, no other group can compare successes in Japan with KARA except for perhaps Tohoshinki.) And more than that, if Japanese audiences have begun to tire of the cycle that is K-pop acts in the Japanese music industry, then why does the persistent development of the “Japan Brand” still exist if Japan itself is over it?

Thus, while K-pop begins to explode in Europe and the US, it maybe safe to say the K-pop boom in Japan is on the verge of caving in. While the future of K-pop looks bright for the world, the future of K-pop in Japan may never shine so brightly as it has, as the Japanese music audience grows increasingly aware of a saturation of K-pop groups trying to enter the industry, most of them ill-prepared for what the role entails. With the constant remakes of old songs and development of mediocre groups in Japan, K-pop itself maybe writing its own fate with their Japanese audiences by continuing to market the supposedly full-proof “Japan Brand” K-pop artists.