…because that’s what their teaser promises. Now if you read my NU’EST article you’ll know what I think of teasers, but once again I’ve felt the tug of a new bias group, and it only took 1 minute 28 seconds.

Before I talk about the teaser for BtoB (Born to Beat; I’m not saying anything, only quietly judging) let’s get Cube’s new sub-company straight. This will be the second sub-label after A Cube, which brought us A Pink. The point of DC Cube is:

“Emphasis of the emotional aspects of K-Pop through mesmerizing vocals, beautiful melodies, and lyrics.”

This method also means more time and energy can be put into BtoB, which quite frankly they’ll probably need. We are awash will rookie groups at the moment, not to mention the sheer volume of comebacks. These boys need a chance to show they are not just Beast’s yo 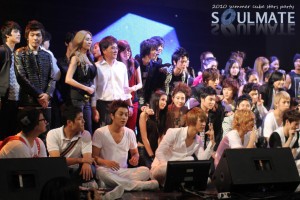 unger brothers, and luckily Cube always manages to give their artists a voice. (That said, we all know A Pink, but who’s familiar with their A Cube lablemate Mario? Me neither.)

So BtoB’s teaser was released earlier this week, and speculation has been building around them fast.  We know it is a 7 member male group. It seems they will be made up of Changseob, Minwoo –will he change his name considering Boyfriends Min Woo I wonder — Minhyuk, Hyunsik, Sunjae, Ilhoon and Eunkwang. The group minus Sunjae (find him at the United Cube concert) and Changseob (who is so far rather elusive) sort-of debuted in I Live in Cheongdamdong with a song which is rumoured to be from their debut album. While I can’t say I was completely floored by the performance, they displaced strong vocals, excellent dancing and a confidence and charisma that could, with the right song, be explosive.

Explosive is certainly the word to use when describing the teaser, despite a lack of actual explosions. Instead of introducing the boys individual characters and talents, Cube DC kept a more mysterious edge, and had them dressed identically and masked. This allowed me to concentrate on the dancing, not that I wouldn’t have anyway; that’s a seriously good choreographer they have there. The tutting was incredibly precise – netizens have already compared them to Infinite but there are totally different styles going on. Infinite has theatricality to their movements, while BtoB are closer to SHINee’s “Lucifer” tutting, the focus was on the deadly accuracy. There were also some great acrobatics which I hope they’ll take full advantage of. As each member will be revealed individually they should make sure no one is overshadowed. Apart from 4Minute often becoming Hyuna & Co. Cube aren’t notorious for playing favourites in each group, and I hope that will be the same here. The mystery has certainly kept the interest piqued and I can’t wait for new information.

However the teaser isn’t perfect, and I’m on the wall about whether the text is epic, or reminiscent of a bad fan made trailer. I’m leaning towards the latter in all honesty, mainly because of what it promises. It seems B.A.P’s confidence is catching and the world of K-pop is, we are told, about to change. Blimey, is all I can say to that, and also why not? Why shouldn’t BtoB be game-changers?

That said, the Adidas tracksuits mu 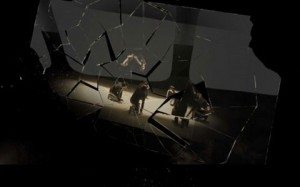 st be burned as quickly as possible. I don’t know if it was a fashion statement or if Adidas sponsored the video, but they are tacky and I hate them. I’m not saying get the feathers and rhinestones out, but maybe some suits? T-shirt and jeans? Anything really. Especially if Adidas paid for the mirror effects, not because they were that awful, but because the non-mirror parts were much better filmed and I could see the dancing. The music didn’t give much away, but I was pleased it wasn’t a ballad. The description above suggested less emphasis on dance and more on slower songs, which is… fine. Personally I am rarely impressed by K-pop ballads, apart from some 2AM and the tragically short-lived S.M the Ballad. I’d much rather BtoB keep the aggressive dance tempo tracks we hear in the trailer.

In all honestly there is little to say about the teaser; being a general showcase for no particular song, it drums up interest but is also not that informative on the actual content of what is to come. Still, less is more (right SM?) and no doubt the rewards will be just. Seeing the members should change that, though I can’t say I was instantly taken by any of the five we have already seen. Although I once thought Shim Changmin rather boring looking and not worth a second glance, now he features heavily on my bedroom wall. How perceptions change!

I do expect great things from this group since Cube’s previous offerings have been so fantastic. 4Minute is one of my favourite girl groups because they are sexy and powerful and completely unafraid of being so. Beast are my ultimate male bias group; their dancing, singing, personalities and general PR have always appealed to me. G.Na released some crackling stuff and A Pink… well A Pink’s song is used as the title song in Protect the Boss, and Jaejoong was in that, and he wore a suit, so good by prolonged and tremulous association?

I don’t know about you, but I eagerly await the member profiles in the hope we can have some concrete evidence on how many superlatives these boys deserve. Their debut song and, fingers-crossed, video is out on the 22nd. Are you as excited as I am?