The Could Have Should Have But Didn't

In the world of K-pop, it is hard to stand out and emerge as one of the victorious few in the what seems to be an endless sea of debuts. It’s not every day that a rookie band or group will become as successful as SNSD or Big Bang as it is continually becoming more difficult for new debuts to set themselves apart from the crowd. Because of the many hurdles in the way, there are a lot of groups that didn’t quite make it to super stardom.

Here’s a small list of the groups that could have made it big (or bigger).

Poor A’st1, it seemed that DSP had no idea what to do with you guys as you ended up breaking apart only about a year after your debut (from 2008-2009). On one hand it was an impressive move to have members from both China and Japan in the group, but on the flip side, it definitely was not a smart move career-wise to boast about potentially being able to “knock down” Super Junior. Although it might have been well-intended, issuing such a bold challenge to the successes of such a well-loved group as Super Junior may not have been the best move, as they offended and drew out the hatred of an entire army of raging ELFs even prior to debut. 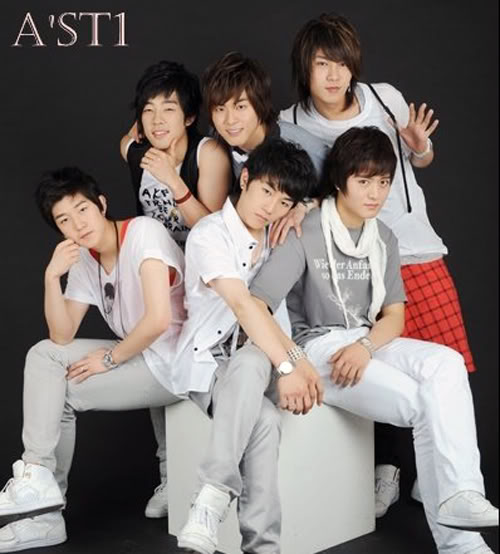 A’st1 stands out in that their title tracks were not the highlights of the album. The highlights from A’st1 were the slower paced side tracks. Sure, their debut song “1234 Back” was alright, but it was not anything special, and the choreography for the song looked a tad bit awkward. DSP decided to give A’st1 a second try with “Dynamite,” but “Dynamite” suffered the same issues as “1234 Back,” and had even more awkward dance moves.

So why do I mention this group if they were not anything too special to the public eye? The reason why I added A’st1 to the list is that they actually had potential. Granted that there were only 2 good singers in the group — Han-byul and Jang-moon — but they had some good songs (better than mediocre). “I was a Fool” and “You” were two songs that stood out to me because they were different from the typical boyband songs. “You” is a relaxed R&B styled song that I still listen to this day when I study, and “I was a Fool” is a song that demonstrates without a doubt that the main singer Han-byul can indeed sing.

Another reason why I thought that they could have made it is that they were getting more popular. One of the members, Hai-ming had a supporting role in the juggernaut drama Boys over Flowers, and “Dynamite” brought in more fans, but unfortunately DSP came to consider them as a lost cause and dropped them. It’s weird because it took Kara two years before they became famous, but DSP stuck with them, so why not A’st1? 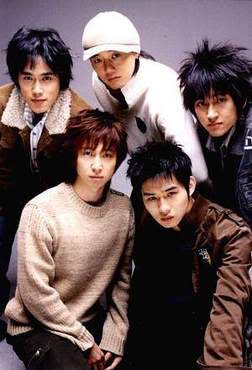 Lets just make this clear: this group could have been freaking awesome. Even though they might not have had the best vocals, they undeniably had the dancing down, and can arguably be the best overall dancers of any K-pop boy group ever to debut. I mean, check out the music video for their debut song “Wing” in 2002.

After all that, you would think they would continue with the extreme dancing, but instead they opted for a ballad “In the Sky” which was an interesting venture, although probably a mistake. The ballad is a pleasant song to hear, and the music video is pretty cool with the drawings, but it did not really fit the whole Black Beat image.

Unfortunately, Black Beat suffered the same situation as A’st1 in that they never really picked up. Apart from their debut album, Black Beat has only appeared in SM holiday albums. After falling into irrelevancy, Black Beat eventually disbanded in 2007, although some of the individual members stayed with SM to help out behind the scenes with choreography and vocal training.

The most notable career-wise is Sim Jae-won. He regularly helps out with the SM artists’ choreography, and he was in charge for SNSD’s “Into the World” and co-helped along with Rino Nakasone for SHINee‘s “Lucifer.” 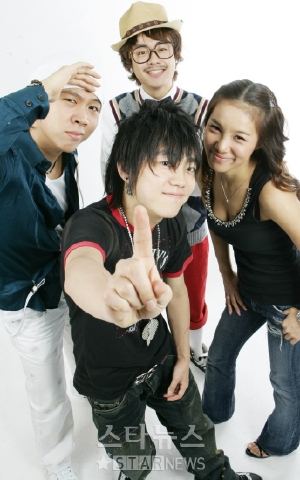 Did you know that YG had a co-ed group? Most likely not, but if you did then brownie points for you. Moogadang (aka Sugarless) consisted of members that came from different groups. There was Kim Woo-guen (from Bounce), Song Baek-kyoung (from 1TYM), Eun-ju (from Swi.t), and Prhyme (Soul Food) combined all together into one team. The result from this group was quirky music that had a fun and upbeat style. Their debut song “Let’s All Play” fit their quirky image, and the music video complemented their image even further. The music had different scenes from Frankenstein, King Kong, Super Mario Brothers, and Super Pringle Man. They even had a fake commercial in the beginning which I thought was a legit Korean commercial when I first saw it.

So what happened to them? I honestly do not know because they hasn’t been any confirmation of disbandment but they have not released any material since their second single album with OAO as the title track. I hope that they will continue to release material, but at this rate, I don’t think they will anytime soon or at all.

Last but not least, how can I forget Kiss? Kiss is exactly what this article is for. Their debut song “Because I’m a Girl” is legendary mainly because of the music video, which included the actors Goo Hye-jin and Shin Hyun-jun, and contained an epic full blown story to accompany the song. 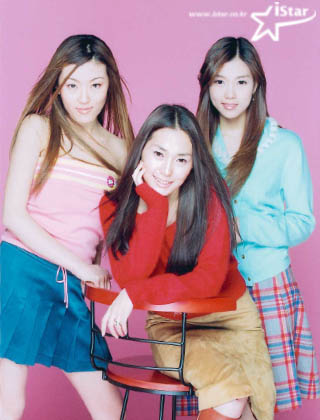 The story begins with a photographer, Hyun-jun is was taking pictures for an automobile magazine but accidentally takes a picture of a girl, Goo Hye-jin, who was in the way. She quickly and politely apologizes for being in the way, and walks off. The following day, the photographer goes to a salon, which coincidentally is the same place where the girl works at, to get his haircut. Afterwards, he leaves his beanie in the salon by accident, and so the girl to swings by his studio later on to return it. Following this are a series of couple scenes, but because this is a Korean drama music video, something bad has to happen. One day when she visits his studio, she tries to get something off the top rack, but then an open bottle of photographic product falls and spills on her. She is immediately taken to a hospital, and the diagnosis is that that chemicals have damaged her eyes so much that she is officially blind.

Fortunately, she gets an operation which allows her to regain her eyesight. Because she is so happy be able to see again, she goes to see Hyun-jun at the studio, but he is not to be found. Her happiness quickly turns into sadness because she thinks that Hyun-jun has left her. Because I don’t want to ruin the whole music video, I will just have you guys watch it for yourselves to find out what happens at the end.

Soon after Kiss released their album, they disbanded due to internal conflicts within the group and company. They really could have been superstars because “Because I’m a Girl” was so successful that it is still remembered and relevant to this day. Various K-pop idols including Jessica, Hara, and Jiyeon have covered this song which just shows how much this song is well-loved.