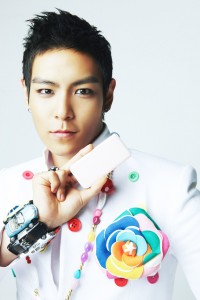 What are your experiences with K-pop and ringtones?

What songs have you used as ringtones, and/or what songs would you like to use? Are there any particular songs that you have assigned to specific people or purposes? Do you have any funny stories involving such ringtones?

Amy: K-pop ringtones are definitely things that I give possibly way too much thought to. I use ringtones exclusively as morning alarms. I’m a light sleeper, so the ringtones are songs songs that have relatively easy-going beginnings and gradually build up, so that when I hear them first thing in the morning I don’t have a heart attack from sheer surprise of hearing something jarring. Songs that I’ve used are 2PM‘s “Again & Again,” Taeyang‘s “Sinner,” and lately it’s been Hyuna and Hyunseung‘s “Troublemaker.”

I have a default iPhone ringtone for actual calls, except I have assigned songs for past SB staffers: a 2PM song for Ellie, and a Big Bang song for Nia, as per their (past) obsessions, haha.

Bethany: I’ve only had three K-pop ringtones in the past. My first one was Big Bang’s “Love Song,” followed by Taeyang’s “Just A Feeling.” My most recent K-pop ringtone was “I Got Your Back” by Jay Park up until a few weeks ago, when my phone went off during my AP Environmental class and my entire class looked around quizzically while I scrambled to turn it off. So, as of right now, “I Got Your Back” has been replaced by vibrate. 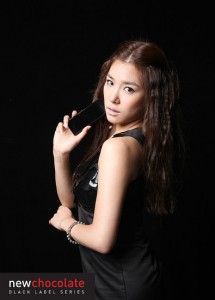 Gil: I don’t have a K-pop ringtone as my ringtone; it’s Dropkick Murphy’s “Shipping up to Boston.” I feel like a bad-ass every time my phone goes off. Sorry, but no K-pop song makes me feel as badass as some Irish punk rock.

Contrary to Amy, I’m a really heavy sleeper (I have slept through multiple thunderstorms and a tornado) so I need something to jar me. It also has to be annoying so that I don’t sleep through it. Currently my alarm is SNSD‘s “Gee.” Nothing like bubble-gum pop to make me shoot out of my bed to turn off my alarm and by that time I’m awake.

Fannie: I’ve had two K-pop ringtones in the not-so-recent past: Epik High‘s “Love Love Love,” and a midi version of Taeyeon‘s “If.”

Every time “Love Love Love” went off, my friends (the ones that were actually into K-pop) would start singing along, except that none of them really knew Korean so the rap portion was half-infused with gibberish and sounded something like: “ittnayo saranghae BONJOK buhasldfjaslchjfslf BONJOK asldfj;a BONJOK ilwkedlk BONJOK wmekfdsfj BONJOK…” you get the picture.

Their behavior got a bit obnoxious so then I changed it to “If,” which was a perfect fit with my phone at the time, which was SUPER girly (I’m talking pink phone, decked out in sparkly pink bling, with a pink crystal heart charm hanging off of it) — what better way to complement girly than with SNSD?

I don’t have Bluetooth built in to my current laptop, so I haven’t been able to transfer any K-pop content onto my most recent phone. I do, however, have a friend who trolls people that she doesn’t want to talk to with an answer tone of DBSK‘s “Wrong Number.” 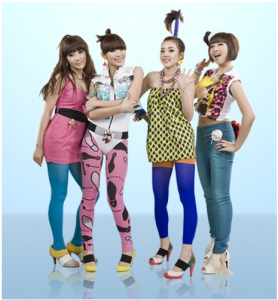 Antonia: I had 2NE1‘s I’m Busy as my ringtone for ages, but I kept dancing to it and not answering my phone, so then it was Bonamana which was even worse becuase I can actually do that dance. I’ve decided to give into it and now I’ve got 2PM’s Electricity. On a side note I have “wow, fantastic baby” as my text message alert after Yoochun‘s “I really wanna touch myself” was deemed socially unacceptable.

Sadly I have lost my phone (if anyone takes the Weymouth train to Cary on Saturday mornings and finds a black Samsung with a cracked screen, please get in touch; there is a reward) so any ideas for a new ringtone?

Gaya: I’ve always made my own ringtones, but my current phone doesn’t seem to like them. Otherwise it could currently be going “Boom Shakala” everytime someone called me (and texts would be heralded with a “Wow, fantastic baby.”) I swear, I’m never going to get sick of that.

And a ringtone I would have for me on my other people’s phones would be “Gee Gee Gee Gee Baby Baby”, for obvious reasons.

Maddie: I feel like a loser. I’ve never bought K-pop ringtones. I have an old vintage style telephone ring ringtone. I don’t want to part with it. I’m the romanitc nostalgic type. If I did have a K-pop ringtone it would probably be a Brown Eyed Girls or Dynamic Duo track.

Salima: Don’t worry Maddie. I’m a loser too. I’m much too lazy to change my generic T-mobile ringtone to anything else. :(

Nabeela: My ring tone has been Jun.k‘s featured chorus from One Way‘s “Rainy Day” for about 6 months now. Before that, it was Jun.K’s featured chorus from San.E’s B.U.B.U (surprise, surprise). I once had Rain‘s Bad Boy chorus as my ringtone. I was in French class one morning without having put my phone on silent, and halfway through the lecture, all you heard was “I’m gonna be a bad booyy, I’m gonna be a bad bad boooyy.” Needless to say it earned me an “Oh la la,” from my professor. I think I tried kicking my backpack to make it stop as to make it less obvious that the phone was mine. It didn’t help my case, to say the least. And for the record, Bad Boy was my ringtone as a joke; I had just forgot to switch it back to my other regular ringtone. 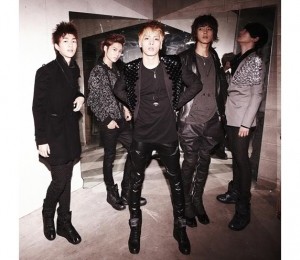 Michelle: Funnily enough Nabeela, I had this phase where I set my phone on certain ringtones just so that they’d go off in class and people would hear. The only successful one though, happened to be SHINee‘s “Ring Ding Dong“, although I wish the rearranged version was freely available in high quality in early 2011. That would have been a great ringtone. That aside, my taste for ringtones are wonderfully obscure. The logical choice would be something louder, or something with a phrase that connects with phones. Recently, I’ve been favouring my ringtones minimalistic, thus making 2AM‘s “Intro (Phone)” a great candidate. The practicality of this choice though, is arguable.

Justin: I’ve had numerous K-pop ringtones ranging from creating my own instrumental version on the cell phone to downloading it on my phone. It goes to show how cool technology is as times progresses. As for ringtone choices, it ranged from Shinhwa’s “Perfect Man” to Taeyang’s “I Need a Girl.” I changed my last ringtone because I noticed the “I Need a Girl” sounded somewhat sad and pathetic to have on my phone. It’s a good song, but it just made me feel like I was desperate to look for somebody. My text message ringtone  for some period of time was the “tell me your wish” segment from SNSD’s “Genie,” but that got annoying real quick. I am currently in the looks for a new ringtone, but it’s kind of on the bottom on my to do list at the moment. You guys have any suggestions?

Gil: You should have “Ring Ding Dong” as your ringtone. Nothing like a little fantastic elastic to brighten your day up.

Dana: Don’t even get me started on K-pop ringtones.  I’m obsessed.

Since 2009 (more specifically, the day after I arrived home from my first 2-month stay in South Korea, which I could probably locate on a calendar somewhere if I really wanted to), my ringtone has been (and likely always will be) SNSD’s “Genie.”  I have it cut so that it begins just as my homegirl Tiffany says, “DJ, put it back on.”  This ringtone has survived three cell phones and I refuse to change it, though I’ve often been tempted.

Perhaps even better than my ringtone is my message tone, which comes from the first 15 seconds of the “Genie” MV (you know, that part where Yoona is sitting on the gaudiest Aladdin-esque lamp the prop department could rustle up).  A bunch of glittery sounds play us into an 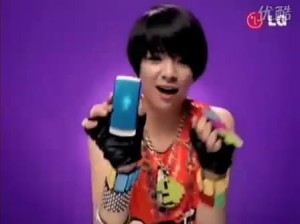 instrumentless one-line of “sowonul malhaebwa!”  This, ladies and gentlemen, plays whenever I get a text message or email or what have you.  I can’t even put into words how much I love it (and simultaneously find it secretly hilarious).  I’m pretty sure I must be a complete embarrassment to my friends.  And Justin, how on earth could it get tiring so quickly?  Hater.

Like Amy, I also use my phone as an alarm clock and have had, through the years, a number of K-pop wake up tones.  From memory, past used songs are: f(x)‘s “LaChaTa,” 8eight‘s “Forget Love and Sing,” Epik High‘s “One,” SNSD’s “Into the New World,” and Secret‘s “Madonna.”  Currently, I wake up to the dulcet tones of SNSD singing “Complete,” because waking up to “MA-MA-MA-MA-MADONNA-DONNA!!!!” was just a little too jarring, especially because I am never, ever ready to wake up in the morning, ever.

Patricia: Good timing for this Roundtable, I must say — I’ve had Seungri‘s “What Can I Do” as my ringtone for over a year — mostly because I’m just too lazy to make a new one and change it. I’ve also had the “Munja wa shong” text message notifier from Secret Garden for more than a year…but that one’s not going anytime soon. Too precious, too precious.