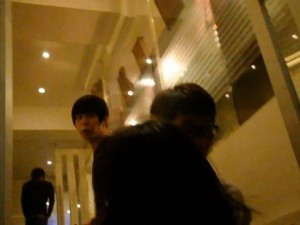 It has barely been two weeks since the circulation of a video that ambiguously portrayed JYJ’s Yoochun hitting a female fan went viral, yet the former DBSK members have found themselves at the center of a controversy whose projected consequences could be far graver.

By now, most readers will have heard that more evidence to suggest that JYJ have been openly violent towards their fans has surfaced.  Dispatch, a Korean news outlet, has obtained and released audio footage of Yoochun, Jaejoong, and Junsu that strongly suggests that the three have behaved violently towards sasaeng (private life) fans; Yoochun can be heard swearing at a fan over the phone, while Jaejoong not only swears at, but audibly and repeatedly hits what appears to be a female fan.  Though there is no accompanying video footage, the audio evidence is difficult to dispute and altogether quite damning.

In the first part, Yoochun responds to a phone call from a sasaeng fan:

Fan: Then who is this?

Hey, you guys are even filming this?  Huh?  Fine, just do whatever you want.  Live however you want to.

The footage is reported to be from 2009, shortly before the DBSK split.  Altogether, there exists more than ten minutes of audio, much of which involves Jaejoong.  Three more audio clips of Jaejoong verbally berating and hitting fangirls for their obsessive behavior can be heard here, here, and here.

Understandably, news outlets — both Korean and English — have blown up over the audio footage’s release. 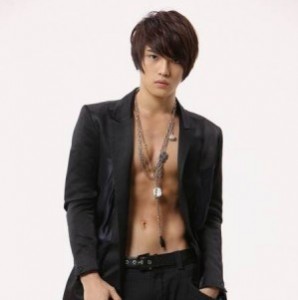 “JYJ and sasaeng fans” has been a hot topic on the celebrity news pages of Naver and Daum, two major Korean news websites, since the news broke.  The videos have been uploaded and re-uploaded to YouTube a number of times, and fans have been commenting in hordes on numerous social media outlets.  Reactions range from shock and outrage to outright denial that the footage is reliable.

The eruption of further controversy surrounding JYJ has led to a number of questions, notably in relation to the timing of Dispatch’s release of the audio footage.  Fans have questioned why the audio footage (reportedly from 2009) wasn’t released earlier and have speculated upon a potential relationship between this incident and the untimely appearance of the Yoochun video last month (also reportedly from 2009).  Whether or not the two incidents are related or at the root of some larger conspiracy remains to be seen and is impossible to say.

Though the audio footage is disconcerting on a number of levels, two clear poles have emerged in discussion.  On the one hand, it is important to recognize that JYJ are not lashing out at ordinary fans doing ordinary things.  Sasaeng fans are notorious for their stalker-like and often disturbingly inappropriate behavior towards their favorite celebrities.  We’ve all heard stories of fans who send male idols letters written in their menstrual blood, who somehow obtain idols’ phone numbers and call them repeatedly, who hire taxi cabs and follow idols wherever they go.  Indeed, much of the other audio footage (see above links) consists of Jaejoong ranting about fans who obsessively stalk him in this way.  More so than they are JYJ, they are Jaejoong, Yoochun, and Junsu, young men who are human beings like the rest of us and who crave normalcy and privacy.  It is clear that on more than one occasion, sasaeng fans haven taken it way too far, and naturally the boys would have breaking points.  Many have pointed out that living the way that JYJ does would provoke anger and incite any normal individual. 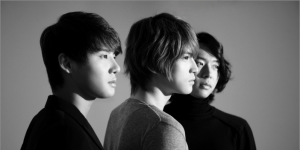 On the other hand, the violence with which JYJ (particularly Jaejoong) deals with these fans is alarming, disgusting, and inappropriate; assuming that the victim of assault is a teenage female, it is perhaps all the more so.  In the article accompanying the audio, Dispatch notes that other celebrities, too, have displayed anger towards sasaeng fans, but none to the point of physical violence.  Though unfortunate, that celebrities owe most of their success and fame to the dedication of their fans is a reality, and many have insisted that, considered in this light, Jaejoong and the boys’ behavior is doubly reprehensible.  Like it or not, celebrities live under constant scrutiny, and South Korea is a small-enough country (and Seoul a small enough city) to make it possible for fans to consistently find and access their favorite celebrities.  In other words, JYJ knew what they were signing up for, and to react against it — especially in so violent a manner — is unforgivable.

From any angle, this news is upsetting, disturbing, and indicative of deep-seated problems inherent in Korean idol culture.  As JYJ are currently in South America, no statement on their behalf has yet been made, but the controversy as it stands demonstrates that at some point, something has to give.  The behavior of JYJ as seen in this audio footage is deplorable and inexcusable, but no less condemnable is the behavior of sasaeng fans.  Overall, the two have contributed to what is ultimately a sad situation that will likely have a noticeable impact on JYJ’s already precarious future.

Seoulmates, what do you make of this recent controversy?  We’d love to hear what you have to say.