Who is Fit to Call Kim Sun-ah 'Noona'? 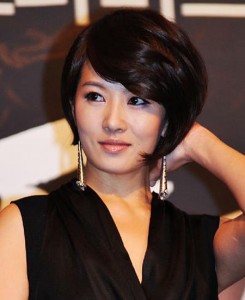 There’s no such thing as a bad drama when Kim Sun-ah is involved. In fact, I could probably watch her watch paint dry and I’d give it a standing ovation. And then ask for an encore. To me, she is the epitome of awesome, even with the ill-named hit film Wet Dreams on her resume. She’s proven herself to be a top actress in the popular drama, My Name Is Kim Sam Soon, and I fell in love with her after watching City Hall and Scent of a Woman.

But if there was one critique I’d have to give her, it would be her attraction to roles that can get a bit too cute at times. And while that  can be part of her charm, I’d like to see her play some stronger characters. So it comes as a delight to learn that Kim Sun-ah will be playing the leading lady in a new romantic comedy set to release in May. Titled I Do, I Do, the drama will feature a successful career woman who, after a one night stand with the new young employee at her job, gets pregnant. A “top star” is being suggested for the role of the young male employee and with a little poking around on the interwebs, I learned that the top star is rumored to be CN Blue‘s Jung Yong-hwa.

My first reaction to that tidbit was, “Wait whaaat?” 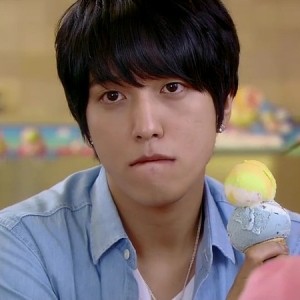 As a disclaimer, I must emphasize that I love Yong-hwa. His epic performances on Running Man have solidified my love for him. But I saw the guy in You’re Beautiful. And I definitely saw him in Heartstrings. And, in an effort to be as nice as I can possibly be, I would have rather watched a slab of wood playing the guitar and acting alongside Park Shin-hye.  There’s not a chance in K-drama hell that he’d be able to hold his own with a proven veteran like Kim Sun-ah. Seriously. She’d eat him up.

While continuing my journey through the interwebs, I noticed other names crop up, suggesting others who could play the noona killer in Kim Sun-ah’s drama. I saw names like Song Joong-ki, Lee Min-ho, Kim Bum, and Jaejoong. And I totally agree these guys could play her love interest. That is, if I want to sit through awkward scenes of Kim Sun-ah making googly eyes at a guy that could pass for her much younger brother. The 36 year-old pro will need someone a bit less baby-faced to make me believe the sexual chemistry.

So who do I desperately want to see playing the young strapping hero? Why, none other than the noona-killer himself, Rain. Sure, he’s got the baby face thing going on too but for him, I’ll make an exception. At only 29 years old, he is my number one choice for who I think can play the rookie employee to Kim Sun-ah’s experienced career woman. I mean, can you imagine Rain and Kim Sun-ah together? My mind is blowing just thinking about it.

The pair previously showcased their amazing chemistry during Rain’s 2008 Rainism comeback tour. She appeared on stage for the tango version of his song “Bad Guy” and knocked the socks and pants off of unexpecting viewers.

Yeah. You didn’t think she learned those Scent of a Woman tango moves from Lee Dong-wook did you? MBC released a documentary leading up to the performance, chronicling two weeks of rehearsals and hijinks between the two stars. In front of viewers the duo went from reasonably awkward, to developing a comfortable friendship, and finally to being cozy enough to get playful and flirty on camera. 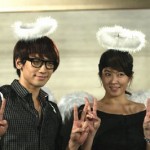 While Kim Sun-ah has proven that her acting chops are the cream of the crop, Rain’s own acting prowess is nothing to scoff at. In fact, I would go as far as to say that Rain has set the modern standard for singer/actors, offering a goofball charm and endearing naturalness to all of his roles. Because let’s face it, he was the saving grace of his last drama The Fugitve: Plan B (a drama that has taken me over a year just to get to episode 12) and he’s just plain fun to watch! In certain respects, he’s as much of a pro as Kim Sun-ah; in fact, both of their respective dramas, Full House and My Name is Kim Sam-soon were huge contributors to the spread of Hallyu overseas. I’m giddy just thinking of what they could do together.

So…I’m going to need this to happen like, right now. Sure there’s the whole, Rain-is-serving-his-two-years-of-military-duty thing but I’m thinking of starting a petition calling for the delay of this drama until he gets back. Who’s with me?

Gong Yoo and Jung Il-woo are also some of my top contenders. Are there any younger actors you’d like to see take on the role? While you’re pondering this, I leave you with an adorable scene between Rain and Kim Sun-ah. As if you needed any more.