I Am A Dad: How Far Would You Go For Your Child?

If I Am A Dad is to be believed, then people living in South Korea are in trouble because the police force is mostly made of dirty cops or people who are completely incompetent for their job. There are other Korean films that have provided an interesting look into the police force; Memories of Murder is one of the highest regarded thrillers released from the country, this film is not one of them. It falls into the stereotypes, provides no interesting insight, and is an unenjoyable film from start to finish. 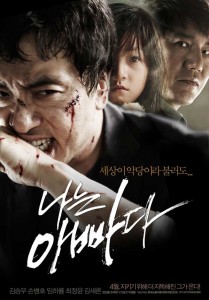 Kim Seung-woo who plays Han Jong-sik, a corrupt cop whose strings are being pulled by the mob. We find out that he’s sold his soul to earn some money on the side in order to pay for a heart transplant that his daughter needs. In addition to being corrupt, he’s just plain bad at his job; he’s known for finding a suspect and pinning a crime on them without real regard as to if they actually committed the crime or not. We witness such a case unfold as a small time magician, Na Sang-man (played by Son Byung-ho),  is convicted of murder, even though he didn’t commit it, due to Jong-sik forcing the murder claim to stick. While in prison Sang-man’s family struggles with harassment from their neighbors, which adds extra stress to an already difficult situation . After a few years in jail evidence proving Sang-man’s innocence comes out; however at the time time he’s given the news that he’ll be let free, he receives news of his daughter’s death and wife’s attempted suicide that puts her in the hospital in a coma. To add another layer to this story we find out that Sang-man’s wife is a perfect match to donate her heart to Jong-sik’s daughter, and then things really start to escalate between the two men as Jong-sik struggles to try to get the heart for his daughter while Sang-man struggles with the possible loss of his wife.

Maybe this plot might sound interesting, or maybe it sounds just as goofy and over the top as it is. There are some major problems with this movie. The first problem is that we are supposed to believe that Jong-sik did everything he could for his daughter — he became corrupt, and allowed the mob to control him for his daughter. The problem with this is that the first half of the movie does not present us with a “torn” person. We see a person who takes joy in pinning the crime on a person without complete evidence, and he seems to enjoy hanging out with the mob. As the movie moves on we hear him lament about how he “needed” to do this, but I don’t buy the tears. The next problem is that the story is just too over the top to be taken seriously. I mentioned above about the series of unfortunate events that happens when Sang-man finds out that he will be released from prison, the problem this movie has is that we have scene after scene of things happening that are just not realistic. Perhaps this movie was trying to borrow from Sympathy for Mr Vengeance, in that movie just when it seemed like things couldn’t get any worse, they did. This movie just felt like they were trying to force the audience to have an emotional reaction, and it felt and more like manipulation than an emotional roller coaster. Perhaps the most upsetting part is that about an hour into the movie I started to think that maybe the story could get turned around, maybe things could flesh out between these two men in an interesting and original way; sadly the movie comes off the tracks, and features an ending that is borderline insulting to the viewer.

From a visual standpoint, the movie was alright. Jeon Man-bae is still a young director, and this appears to be his first thriller. It’s possible he’ll continue to grow if he is given another shot, but nothing that happens in this movie is going to raise any eyebrows . The director doesn’t do a good job of drawing you into the characters’ minds, but honestly, I think the directing was the least of this movie’s problems; I think the fault of this movie falls mainly on first time writer Yoon Hyeon-ho’s shoulders, as well as the poor performance from Kim Seung-woo. Kim Seung-woo is miscast here, at the beginning the movie it feels like they are trying to push the character as bad ass, which he’s too old to be able to pull off, and then when he’s forced to play the “struggling dad” he just doesn’t do a good job of it. In contrast, I thought Son Byung-ho did very well as the shamed magician, but he can’t save this mess.

I strongly advise you to avoid this dud — it’s a pathetic attempt at riding on the coattails of excellent Korean thrillers that have come up the last couple years (The Chaser, The Man from Nowhere, and to a lesser degree I Saw the Devil) that offers nothing new or interesting. I can forgive lack of originality if it’s presented in a good way. I’m sorry to say that in no way can this movie be considered “good.” 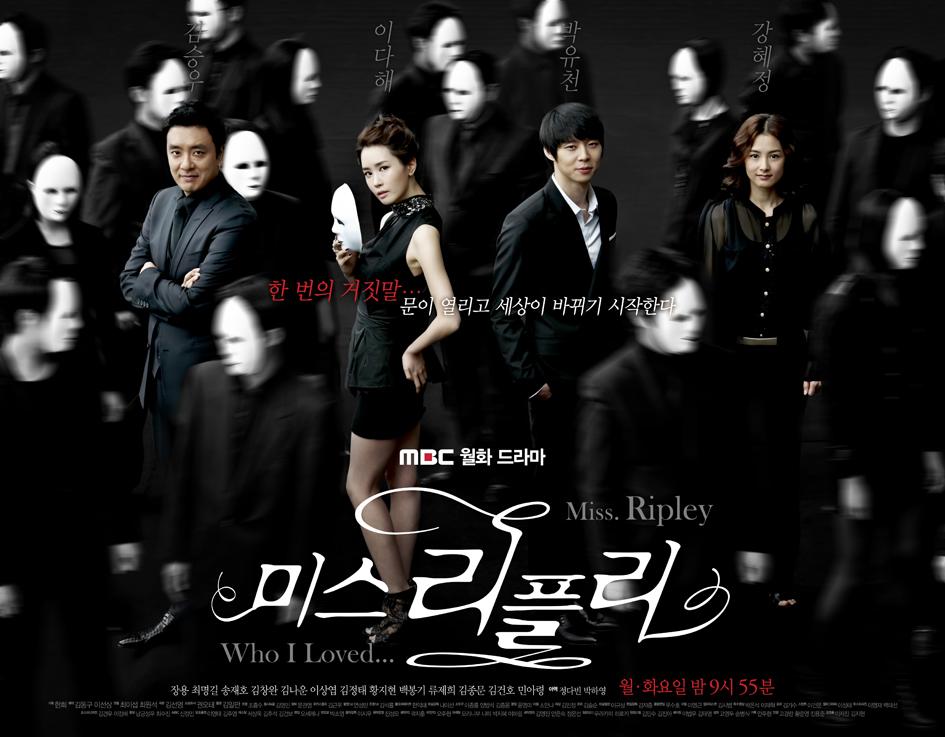 The Beginning of Miss Ripley 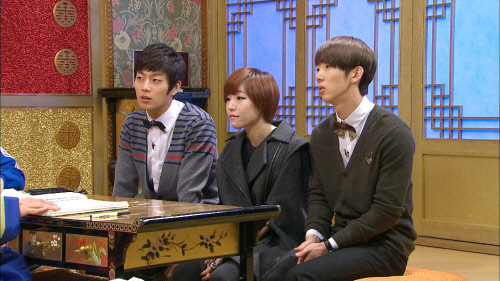 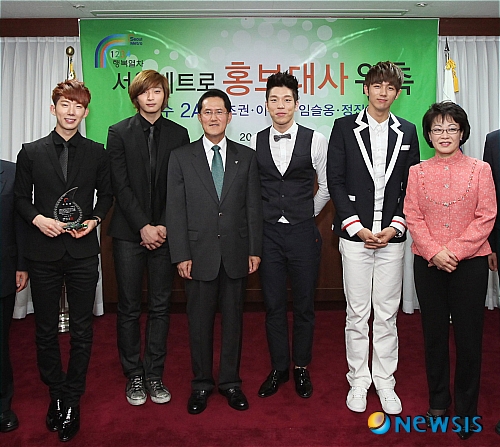 2AM hits the Subway, Park Shin-hye in Taiwan, and Lee Seung-gi’s three things