I never understood the hype around Big Bang — don’t get me wrong, their tracks are great, they know how to sing and they are pretty entertaining on stage. However, they were never my go-to band nor did I understand how and why Big Bang became Korea’s darling idol group. 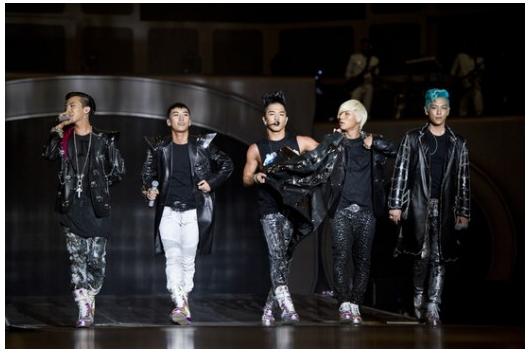 And then there were a lot of incidents that pretty much kept the boys on the news radar last year and it didn’t seem like they were getting any sort of break. It was “bad press” one after another — Daesung’s accident, G-Dragon’s incident at the club — and despite my indifference, I felt bad for them and hoped that things turn for the better.

When there was news of Big Bang’s comeback early this year, it felt a bit “too soon.” Last year’s incidents were pretty major in the K-pop community and many have raised concerns, but that didn’t stop YG and the five singers. It must have been hard to work on their albums despite much criticism but they pulled it off. The idea and the word “Alive” is fitting and pretty clever, but they went overboard with the concept pictures that I was completely put off by it. Their over-the-top hair transformations seemed like angsty teenage boys trying to use their hair to say, “hey look at me, I’m still relevant and cool.”

And then YG came out to say that they will be promoting all their tracks — again, seemed like overkill and after seeing one too many colors of GD’s weave, I held off on checking out their tracks, performances and appearances on various variety shows until last night. After listening to Amy and Nia’s discussion about Big Bang, I suddenly had the urge to check out why Nia rated their mini as her second favorite. And after two hours of Running Man, Big Bang Comeback Show and some random youtubing, I started to recognize that Big Bang boys still — at the end of the day — trying. 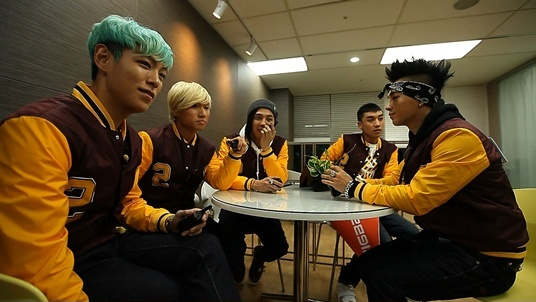 Seeing the members run around as prey and as hunters in Running Man demonstrated that Big Bang members are just as human as any of us, who squeal when they are in danger, who run to avoid getting caught and who act like they are on the top of the world when they accomplish something — even if the deed is as trivial as taking the name tag off of the opponent’s backs.

Yes, they made mistakes but they tried their best to stand up from it, which in my opinion, is better than hiding from the public eyes.  They confronted their fears and criticisms and came back with a pretty solid album. And let’s not forget that Big Bang members are only in their mid twenties, who have a lot of learning and growing to do, metaphorically speaking.

If anything, how they dealt with this incident demonstrated that these boys are in this for the long haul. They are not going away anytime soon and for better or for worse, I’m keen on seeing how they continue to grow as individuals and as a group. However, don’t get me wrong. I will never be blindly supportive of these boys nor sign up to be a VIP but I’m glad that persisted to make a stubborn K-pop fan like myself gain a new appreciation for them, after half a decade since their debut.