A 4Minute Journey to the Present 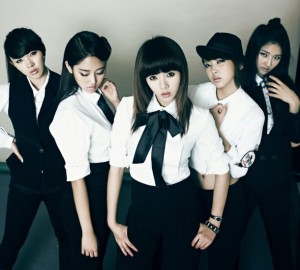 Sometimes, I feel like I am the only 4Nia existent on this planet. Or at least, this continent — and honestly, sometimes, Cube Entertainment makes me feel that way as well.

After the “Mirror Mirror” promotions concluded last year (a cycle that was riddled with holes, too), we were promised a comeback. I, like any fan, spazzed a little in front of her laptop, and then proceeded to get on with life, all the while waiting for her favourite girls to make a comeback. 2011 turned into 2012 and for the first month, I heard nothing. I waited. I stumbled into March, overwhelmed by the sheer amount of groups making comebacks.

Then, I hear what I should have been expecting: 4Minute is postponing their comeback to April. The news was accompanied with some mildly pleasing Nylon photos, but even HQ eye candy of Jihyun and Jiyoon was not enough to rid me of my disappointment.

I’m going to put it out there: 4Minute isn’t Cube’s main moneymaker. Despite 4Minute being the first group Cube ever put out, Beast was swift to haul in the profits. Cube didn’t waste any time promoting (and later on, mis-promoting) G.NA either. Since then, Cube has split off a couple of sub-labels in order to debut a handful of new acts, the most recent addition to their roster being BtoB. I’m going to put it out there: Cube has my respect. For the most part, they’ve been handling their artists well. Beast makes good material consistently and are great performers. A Pink‘s debut was a definite step in the right direction, if only because their second EP sits in my music library with the occasional few plays. G.NA, though, is a shame in the sense that Cube has been mismanaging her. I understand the conceptual direction they want her to take, but frankly, “Top Girl” is something of a waste of her voice. 4Minute though, despite their consistent improvements (until their full length album, that is), just isn’t standing where they could be on the K-Pop staircase to fame. 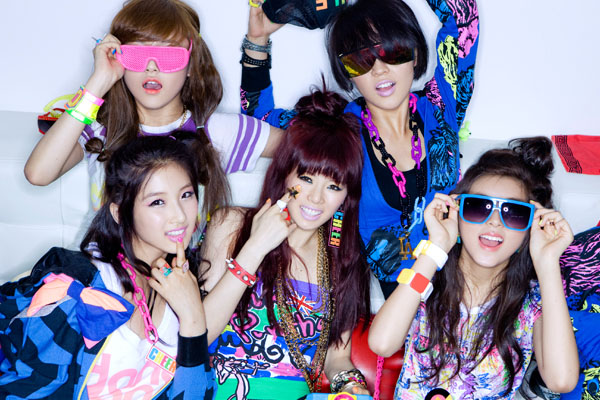 4Minute had something of a rocky debut, mainly due to accusations of copying 2NE1 in terms of style (both musically and image-wise). “Hot Issue” wasn’t the best song around and truth to be told, it was actually their first EP, “For Muzik” which made me a fan. And if I were to be more specific, it was the introductory track, which was only a minute long, that made me a 4Nia. This trend in fantastic openings still holds true today, and it brings me great joy to gloat and say that this seems to be a 4Minute thing. Moving on though, “Hit Your Heart” was positively flawless and really cemented 4Minute as a solid group. While they made efforts with minor releases for OSTs, 4Minute was never pushed much further in terms of promotions. Strangely enough, the one OST song they released in 2010 never garnered as much attention as I initially expected. Frankly, it’s one of 4Minute’s better ballads, of the few they have.

From then on, 4Minute tried dabbling in Japan and truth to be told, the results weren’t quite what we were hoping for. In all fairness, musically, they weren’t too bad. It was an odd phenomenon, where the Japanese versions of some of their Korean hits (“Muzik” and “I MY ME MINE” to be specific) were actually well-produced. However, they weren’t instantaneous success stories and most of their sales seemed to stem from an already established fanbase. In fact, to this day, their Japanese ventures aren’t chart-topping and probably never will be, despite their efforts to release original material. After a fairly significant chunk of time spent in Japan, along with a variety show, 4Minute made their long-awaited Korean comeback with a seemingly obscure promotional strategy.

And this brings me to the main issue at hand: will Cube deliver? 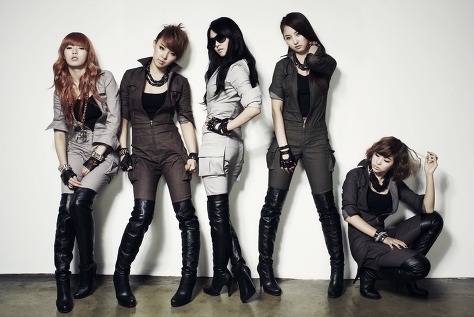 In all fairness, they’ve definitely done so in the past. As I’ve stated earlier “Hit Your Heart” was a solid album and probably 4Minute’s best to date. However, from then on, Cube seems to have  done something terribly wrong in managing them, because they’ve just gone downhill from there. It’s fairly obvious that Cube does value 4Minute, because they are putting effort into switching up their style in order to get something more than the usual “fierce”. They’ve even tried working out a different promotional strategy (an EP followed by the studio album) but that really didn’t do the girls any favours either.

The issue is, they’ve been going at it wrong with their last release — especially since that they’ve in a sense ‘tried too hard’. While drastic conceptual changes in a group may be a good thing, Cube had chosen the wrong alleyway. 4Minute doesn’t do cutesy well, and this should have been apparent from the start with “What A Girl Wants”. So when I heard that 4Minute would be trying out some different genres, I hoped (and still am) with all my heart, that I would not catch sight of a single second of aegyo, because that is not what 4Minute does. Instead, it would bring me great joy to see them dabbling in more R&B.

Even so, the problem that Cube has, from what I can see, is that they’re trying to fix what doesn’t need to be fixed. 4Minute functions well bringing out fierce songs like “HuH”. There’s no need for them to stray from that style, so long as their production team puts their heads together and pumps out more solid material along those lines. KARA never made any drastic changes either image-wise or musically, and while it had taken a while, today, they’ve grown into their own style. 4Minute too, is capable of this feat. An artist doesn’t need to leave their chosen genre completely in order to grow musically. Cube has succeeded with Beast in this respect, so what is wrong with 4Minute? At any rate, with a title track called “Pump Up The Volume”, I’m still hopeful, because it looks like 4Minute are walking down the dance runway again. With April fast approaching, I am most certainly looking forward to what 4Minute has in store musically.

Conceptually though, very little teasing has occurred, but there has been news of a 4-day long filming (lol, four, get it?) process for the music video, and that almost screams set to me. Whether or not that is a good thing or not, depends once again, on the set. 4Minute has rarely ventured out of their clean boxes but for the most part, have worked those boxes well. Their costumes too, we barely get a glimpse of in Jihyun and maknae Sohyun’s selca. From what we can glean though, I see white, and bling which may make for something rather bland and “Mirror Mirror”-esque. Sohyun’s returned to long hair though, and I approve of it so much. At least one thing is definitely going right so far.