Side B: Marching up Sunny Hill 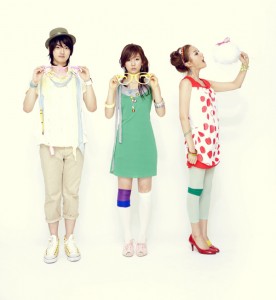 Following Johnelle’s feature of Se7en‘s lesser known tracks, I’d like to take a look at a newer and lesser known group: Sunny Hill.

Sunny Hill is currently LOEN Entertainment‘s resident co-ed group, but it actually started out as a trio consisting of Jang-hyun (who almost debuted with boy band Battle), Jubi and Seung-Ah under Nega Entertainment (of Brown Eyed Girls‘ fame). Sunny Hill debuted in 2007 with their single album Love Letter, for which they won Cyworld’s Rookie of the Month Award. This was followed by two more (mini) albums, Winter Story and 2008 Is My Summer, before the group went on hiatus. There are some gems to be found in the “Old” Sunny Hill albums, but I want to save them for another time (such as when my Jang-hyun withdrawal gets to be too much) and instead focus on some  “New” Sunny Hill songs.

During their hiatus, Sunny Hill recruited their now maknae, Kota (which is apparently an abbreviation of “Korean Tiger”), who debuted alongside Seung-ah and Jubi in Narsha’s “Mamma Mia”. Later, in 2011, rapper Mi-sung was added, and the newly formed quintet made the jump from Nega to LOEN. Since then, Sunny Hill have released mini-album Midnight Circus and single album The Grasshoppers, as well as singles “Pit-A-Pat” (for the The Greatest Love OST) and “Pray”. 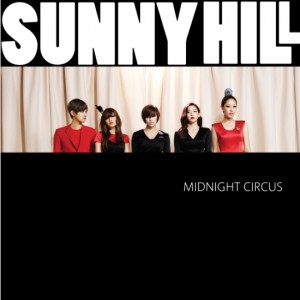 Midnight Circus heralded the arrival of a new-look Sunny Hill that was COMPLETELY different from their debut concept, a transformation from happy-go-lucky to sinister. Title track “Midnight Circus” embodied their evil-circus concept, but the other tracks on the EP (including the instrumental intro)  also follow and enhance this theme.

Track 2, “꼭두각시 (Marionette/Puppetry)” is a slow-paced lead-in to “Midnight Circus”, and is arguably my favourite Sunny Hill song. It  features all five members, and even though Mi-sung’s rapping at the end of the verses gets to me a bit (though repeated listening has dulled the intensity of my annoyance,) Jang-hyun’s voice coming in immediately after saves the song for me. This song also introduces us, lyrically, to another theme of oppression and the feeling of being controlled, which like the circus theme is also carried through the album.
[youtube http://www.youtube.com/watch?v=O-IWIiDWUfY&w=560&h=315]

“Lets Talk About (feat. ZIA)” has a more up-beat sound, and addresses the theme of control via a scathing parody of the K-pop industry, particularly the treatment of girl groups. While subbed videos couldn’t be found, the lyrics really are worth a look, as this would most definitely be a case where knowing the meaning of the words truly enhances one’s enjoyment of the song. 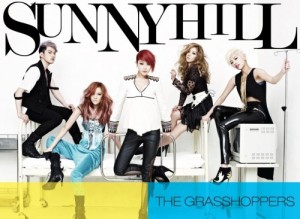 Sunny Hill recently made a comeback with maxi-single The Grasshoppers, and title track “The Grasshopper Song” has been steadily gaining popularity thanks to its unique concept (unless someone else has already so vividly brought to life an Aesop fable), as well as the many idols they’ve been featuring to perform Jang-hyun’s part after he left for the army (*sob*). But there are two other tracks on this album: “술래잡기 (Hide & Seek)” and the more popular track of the two, “나쁜 남자 (Bad Boy)”.

“나쁜 남자 (Bad Boy)” is similar to “Lets Talk About” in both music and lyrics and interestingly enough, Mi-sung and Kota composed and wrote both songs. Here, playboys seem to be the obvious target, though there are murmers of the lyrics actually referring to politics, with specific reference to South Korean president Lee Myung-bak. This album has been garnering some criticism for its extensive use of autotune, and this song employs it the most.

On their official page on the LOEN website, Sunny Hill are described as the  ‘musician-dol’ group, due to their skills in music production; the entire Midnight Circus EP was created by the members themselves, with Jang-hyun serving as the main composer (and I’ve already mentioned Mi-sung and Kota). Knowing this, my enjoyment of their music has only increased, as I know that what I am listening to came from the Sunny Hill members themselves.

I hope you’ve enjoyed listening to Sunny Hill’s music as much as I have; perhaps you have a new favourite song now after listening to these tracks? Let us know below! And keep an eye out for more Side B, featuring your favourite artists!