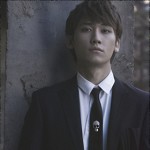 In K-pop we all have that special someone in a group that we are inexplicably attracted to and shower our love with. Even the writers of Seoulbeats have that one person who they love unconditionally and for reasons unknown. Yunho and Subi are soul mates and Young Ji is willing to duke it out with Amy for Kim Soo-hyun’s love. In this new segment Seoulbeats is calling Shameless Plug, we are going to delve deep into the inner workings of our writer’s biases and explain their love and tell you exactly why you the readers should take some time to look into them.

U-Kiss is famed amongst the K-pop fandom for being ‘underrated,” with four years of experience in the field and no major awards won much to the Kiss-Me’s dismay. Now, my first encounter with U-Kiss was their hit song, “Man Man Ha Ni” and to be honest, I disliked it. I frowned at my computer for a couple of minutes and went back to squealing over Changmin of TVXQ. But one day, I stumbled upon a 0330, a ballad which U-Kiss has never promoted with. Curious, I clicked on it and it was love at first sight.

At this point U-KISS went through a huge spring cleaning, kicking out two beloved members, Kibum and Alexander, and replacing them with AJ and Hoon, along with a revamp of the U-Kiss image. I only started taking note of this group after 0330 and was immediately drawn to Kiseop, mainly because he had a pretty face. But as I got deeper and deeper into the group I found myself being enamored with AJ, known to his mother as Kim Jaeseop and this week’s Shameless Plug. 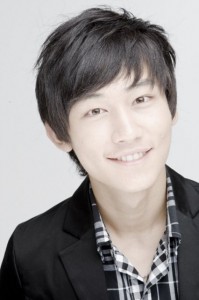 Kim Jaeseop was born on June 4th, 1991. This math whiz is the rapper of U-Kiss and is well known for his composing and smooth flow. He’s 183 cm tall and is a blood type A. He can play piano and guitar and attended Korea Kent Foreign School, thus allowing him to be fluent in English. Before joining U-Kiss early last year, AJ was the maknae rapper of Paran, NH Media’s other boy group debuting in 2005. Though the band had not officially disbanded the members went their separate ways with AJ remaining under NH Media.

Along with killer rap lines and an adorable smirk, AJ is well known for his academic prowess, being accepted in Columbia University, a prestigious Ivy League university with an admittance rate of 6.4%.  Let me tell you all one thing, you can flash all the chocolate abs and dancing skills you want but the one thing that gets me every time is smart guys. I find intelligence hot.  So when I saw that AJ was this smart little cookie with sass, the black void that doctors call my heart started to fill with a little bit of light.

AJ, as he is well known as, is the main rapper of the group. He had that role when he was in Paran and has cited famous rappers such as Drunken Tiger, MC Mong, and Eminem as his favorite musicians. But while he may only get lines fitting his role, I was pleasantly surprised to see that AJ has a decent singing voice. While his technique can be improved, his musicality is something you can’t deny. He plays guitar and piano, and recently has taken to composing songs. We all know the infamous rap line “Don’t deny our r squared pi” was penned by him, but he also has taken part in writing the lyrics for several of the songs in the Neverland album along with writing the music for “Obsession.” 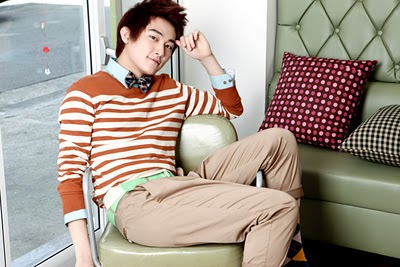 U-Kiss is definitely going forward in a  positive direction but the biggest question he faces is whether or not he should pursue his education or continue with U-Kiss. The group seems to be advancing and I can definitely see the improvements in the past year, but they have already been in the idol scene for four years and we all know the brevity of K-pop idoldom. He has to weigh in the success of U-Kiss and whether or not it is worth sacrificing his education.

Another worry, especially of Paran and U-Kiss fans, is the possibility of the Paran comeback. The group, though no longer active, has not been officially disbanded by NH Media and there have been rumors floating about of a possibility of a Paran comeback. It is very unlikely that this will happen because of the issues and conflicts that would arise from such a venture. Though both Hoon and AJ face opposition from fans, which is warranted with the sudden dismissal of Alexander and Kibum, they seemed to have solidified themselves with the group and are as important to U-Kiss and Kiss Me’s as Alexander and Kibum were. 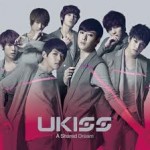 U-Kiss is currently trying to break through in the Japanese market with a new album “A Shared Dream” set to release on February 29th. The track listing offers nine new songs, some possibly written by AJ who is getting more involved in the song making process himself. “Tick Tack” was a fantastic dance track with a great dark music video, and the two recently released songs “A Shared Dream” and “Forbidden Love” seemed solid also.  Just from seeing the quality in their last two albums, I know that I won’t be disappointed with this upcoming one and I would suggest checking it out when it drops this week!