Miss A, I've Missed You

I have a confession: I am secretly biased towards girl groups. 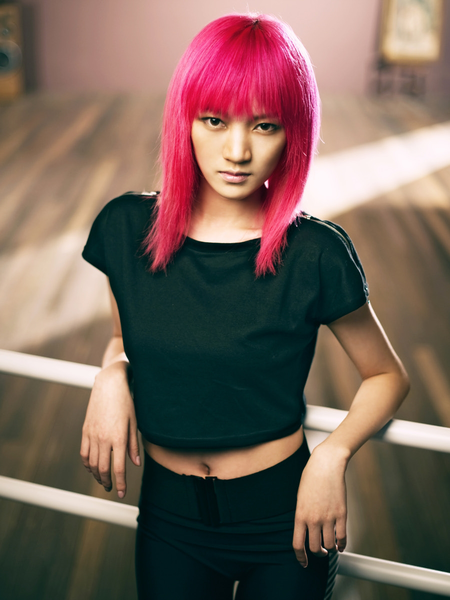 Okay, so maybe that isn’t a secret at all, as anyone who has ever seen my iTunes Top 25 can and will attest to.  But it’s true, and I’m not sure that I really have a good reason for it (besides the fact that in my head, we’re all best friends and get coffee and have spontaneous dance parties, like, all the time).  It could be that the idea of being a noona fan just turns me off, or that I just really couldn’t take Siwon‘s ridonkulous green Speedo-esque get-up seriously, but I’ve always been a fan of the ladies.

But I’m also a picky girl group fan, and I have my own terrifically complicated system of ranking girl groups according to those I like best, which is as follows: SNSD is always number one, and all the others can duke it out for the coveted number two spot.  As such, the number two spot is consistently in flux; in February 2010, it was totes T-ara, then it became Secret (who held on for quite awhile — you go, girls), and then — then! — it was miss A.

It’s been a long couple of months since miss A concluded their last round of promotions, but AQ Entertainment, a subsidiary company of JYPE, announced last week that miss A would be making a comeback towards the end of the month — and my imagination is already working overtime to conjure up all sorts of potential fierce-osity that might await.

It’s hard for me to talk about miss A without somewhat shamefully admitting that I pretty much couldn’t stand them when they debuted.  I thought the entire concept behind the music video for “Bad Girl, Good Girl” was laughable, didn’t really dig the song, and absolutely hated Jia‘s tacky pink hair.  Though I admired their dancing and thought they put on decent live performances, I was largely uncaring.

“Breathe” promotions didn’t do much to change my mind, either.  Despite again being impressed with their dancing and the quality of their performances, I barely paid them any mind — I’m gonna attribute that one to Secret’s “Madonna” promotions, which I loved to the point of teaching myself the dance (no, I swear, I do kinda-sorta have a life).  I also absolutely hated Jia’s tacky blonde hair — are we noticing a trend here?

And then there was this:

This legit impressed me.  Had I not known upon first listen that they were Korean/Chinese, I might not have suspected it at all, that is how good their English sounded.  To this day, what with the constant “K-pop in America blah blah blah” debate omnipresent in nearly every forum, I’m still surprised that this song didn’t get more attention/airtime/promotion/what have you, or that miss A isn’t often the first name one thinks of when trying to imagine potential success stories in the US.  But beyond that, something about their sound finally resonated with me (and it certainly helped that this song didn’t have a ridiculous “JYP” trolling somewhere in the first 5 seconds — you know what I’m talking about).  Also, just look at that video — how cute was that entire concept?  Maybe I’m just a sucker for behind-the-scenes stuff (how much did I love SNSD’s video for “Him Nae”?  So much).  And Jia’s hair was finally an acceptable color, to the point where I was actually starting to like the way the girls were styled.  Sold, I say — and miss A usurped Secret as my second faves. 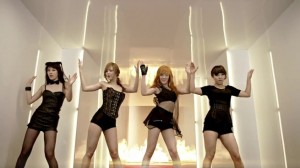 And it just kept getting better.  “Goodbye Baby,” despite the questionable plot of the music video and Suzy‘s cat ears, was literally all I talked about for weeks after it came out (only slightly exaggerating here).  Everything was, to me, on point.  The singing, the dancing, the totally badass rap that, thank the heavens, didn’t sound out of place or smack of IRS, the concept, Jia’s completely awesome hair — everything was just fierce, and I don’t throw that word around lightly.  I usually don’t follow comeback promotions to the point where I have to watch every single performance (I mean, with four music programs a week, it can border on excessive and repetitive), but I was so impressed with miss A’s “Goodbye Baby” stages that I found it necessary to spazz over pretty much all of them.

Since I became a hardcore miss A fangirl, I’ve come to really appreciate the fact that not a single member of miss A could potentially be called “useless” or have her contribution to the overall group effort called into question; therefore, I’d view it almost as a personal insult of all four were not done proper justice by the next round of promotions.  There hasn’t yet been a lot of hype (or any sort of information at all, really) regarding what we fans can expect; teasers, comeback photos, and/or a MV preview have yet to be released.  Nor do we know if we can look forward to a full album or mini album.  However, I think it’s safe to say that we can look forward to something of quality, and I, for one, am counting down the days.

What do you say, SBers?  What are your hopes for miss A’s comeback?  I’m personally hoping that they’ll finally get rid of Min‘s bangs, but you know.  Baby steps.