The first time I dipped my toes into the waters of KPop I was browsing a J-Pop forum and was linked to the music video of ‘Purple Line‘ by Tohoshinki, who at that time were simply ‘that J-Pop group from Korea who may or may not be cooler than NEWS‘. I was pretty much convinced that this ‘Tohoshinki’ would forever be one of those groups that would only contribute that one song to my iTunes and then never be heard of again. Little did I know, 3 years and one huge lawsuit later, I would cry an ocean of sad and angry tears over these five boys. But at that time I was an ignorant little otaku geek who didn’t think much of them- except that they had a pretty cool song. Though I didn’t really know what a ‘purple line’ was, I did think guy who sang the third verse had a nice voice. And not gonna lie- I did kind of want to touch the guy who wanted to touch himself, but that was it.

Oh right. I also thought the rap was super gross.

But, that being said. I didn’t think less of Yunho as a rapper. Partly because I thought the flow wasn’t too bad, partly because I was too lazy to look up the translations and just presumed whatever he was saying was profound, but mostly because I was naive and the notion of having a rapper in a band that couldn’t rap was beyond me.

Then several months later I stumbled across a music video and song that would pretty much push me head deep into the crazy fandom known as ‘Korean Pop’. That song was BIG BANG‘s ‘Haru Haru‘, and surprise to no one, it was made up of 80% rap. Good rap. Really good rap.

This not only marked the beginning of my KPop journey, but also the end of what was once known as my life. For two or three months I was convinced that every single rapper in the Korean entertainment industry had good use, and whenever I heard a rapper that didn’t sit right with me, I brushed it off. Because I claim to be no expert at rapping and presumed that talent agencies probably knew how to judge rapping moreso than I did.

As you can see I was rather slow on the uptake that more than half of the rappers in mainstream KPop weren’t really rappers. In my defence though, I didn’t understand why agencies would designate a member as a rapper when they clearly had no talent for rapping. I understood it for singing (NEWS and AKB48 fangirl you see), but not rapping.

If you’re curious, I finally caught up with the trend for faux-rapping after I was fortunate enough to come across this little gem:

(Just FYI. I’m actually part of that questionable minority who are inexplicably enamoured by Don’t Don. So don’t make fun of it too much.)

I’ve noticed most pseudo-rappers tend to do this thing where they drop their voice several notches lower than it actually is, talk really angrily, and on occasions growl their words. Believe me, I know. Why? Because that’s basically what I do whenever I try to rap, and although I’m endeared by such a large presence of my brother and sister faux-rappers, it is kind of worrying. 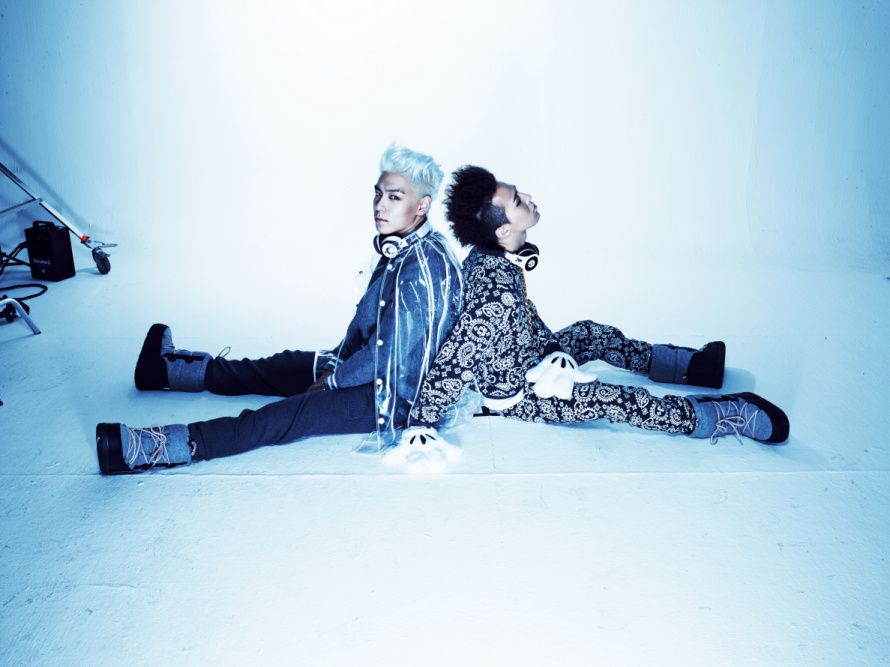 So what makes a good rapper?

From what I’ve learnt and observed from around me, here is what I think the pillars of a good rapper are:

Number one itself pretty much wipes out all of the ‘rappers’ in mainstream KPop alone, since hardly anyone actually writes their own lyrics. But to be fair, the majority of us international fans don’t understand what they’re saying anyway. And even then, it’s not uncommon for the meaning of phrases to become lost in translation, so the full impact of the lyrics most probably won’t be felt. But at the same time, number one is probably one of the most important aspect of a rapper there is. Because otherwise a ten year old could spit out someone else’s words in time with a beat. To overcome this, KPop rappers should be able to excel in at least number 2 and 3. In a nutshell, because the rap isn’t their own, a good rapper in KPop should be able to make the rap their own.

Why do most people consider CL to be a good rapper despite her not having the most aesthetically appealing voice, or writing her own raps? Easy. The chickabee easily owns the stage when she performs. She prances around like she owns the place, she has attitude when she raps, she makes the rap her own. Although at times she can overpower the other members on the stage and definitely upset the dynamic- most of the time when CL performs, all eyes are on her. The fact she has good flow probably helps her case as well.

And the fact that most of 2NE1’s songs are tailored to suitably include raps is definitely a good bonus. When Minzy and CL rap they hardly ever sound out of place, because the song and the rap mesh well together. The way the song is structured, as well as the genre itself, ensures that almost none of 2NE1’s raps could ever be defined as ‘needless’. And most of their songs tend to be overaggressive anyway, so the overaggressive CL-esque rap doesn’t really stand out too much. 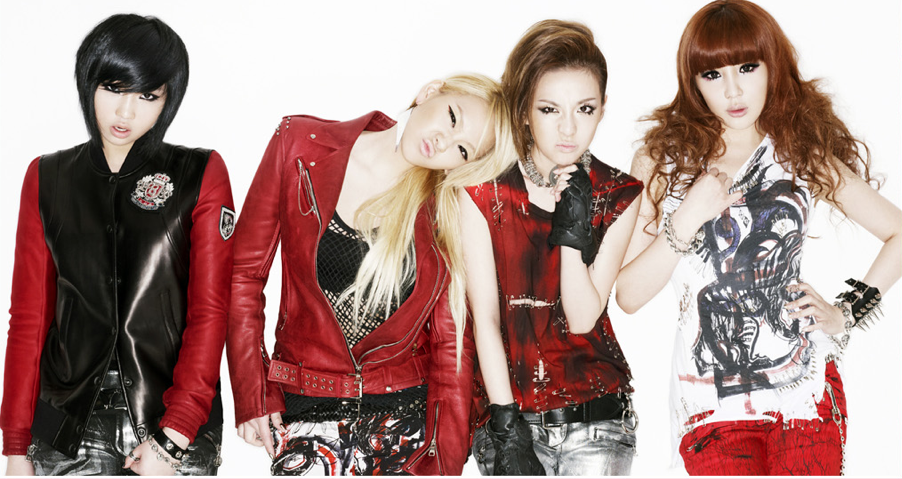 The problem with most rappers is that they’re placed in Pop groups. Pop groups which produce songs that, to be honest, don’t really need rap. And you can’t help but think why the heck the company would even insert a rap there when there could have been a perfectly good and melodic bridge instead. This is less apparent in some songs, and more apparent in others- and there are many groups who are guilty of this. But for the sake of using an example, I will use Minho and his ever-oddly placed raps in SHINee’s songs.

SHINee suffers from what I like to call ‘Inappropriate Rap Syndrome’ (IRS). SHINee’s IRS has been prevalent since their debut, with their otherwise completely stellar debut track, hosting a very awkwardly placed rap/voice-over by their resident flower boy, Minho.

Unfortunately, SHINee’s case of IRS didn’t really regress, and their last Korean single ‘Hello‘ contained what is probably the most troll-tastic Minho rap of all time. Of. All. Time.

But I’m going to hand it to Minho, at least he tries. And he does have a nice tone, which makes his inappropriate interjections at least a bit tolerable. 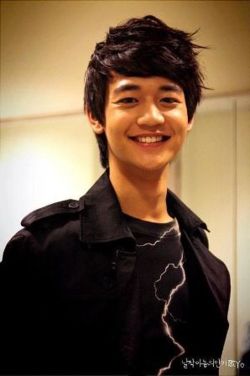 It’s not surprising that rappers are generally seen as the ‘vocally untalented’ member of the group. Because to be honest, it is kind of true- especially looking at the track record of the more popular ‘rappers’ these days (HyunA, Minho, Taecyeon ect.). Agencies have the tendency to label any vocally useless member in idol groups as ‘rappers’ in order to veil the fact they generally serve no other purpose. And they expect audiences and fans alike to just eat up whatever they tell them.

People are very hesitant to question whoever was placed as the ‘lead vocalist’ of the group, of course you have several discretions in opinion, but most of the time people tend to accept whoever the company deems ‘main/lead vocalist’, don’t bother making their own assessment, and move on with their lives. The same sense of logic can be applied to rappers. Who would bother to question whoever the company deems as ‘main rapper’? Especially when there’s only one rapper in the group.

Of course it’s not as simple as that. Because people may be lazy, but they aren’t all stupid. Most of the time the ‘lead/main vocalists’ are genuinely good singers- which is why on a superficial level there’s really no need to question anything. However, most of the time, the ‘lead/main rappers’ tend to be audibly sub-par.

And to make it even more obvious, there have been occasions where members you didn’t even know were rappers, suddenly become rappers. This has happened more than once, and in several vocally sub-par bands, and I don’t want to name any names but… 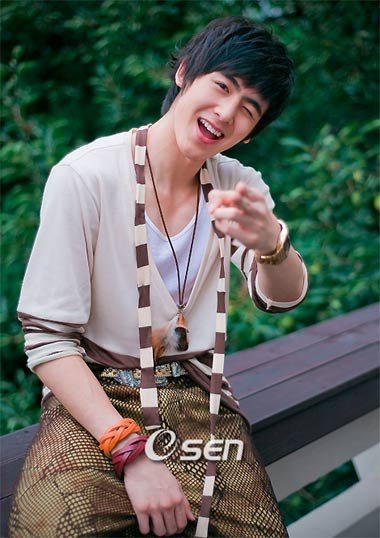 No, seriously. I’m sorry Nichkhun. You’re really cute, and I feel like a bad person for liking you over some of your more talented band members, but where did this come from?

I don’t understand what the purpose of turning Nichkhun into a rapper was. It’s common knowledge he was scouted for his pretty face, and you know what, most of us- okay, I’m – okay with it. Because it is a very pretty face. Suddenly turning him into a rapper is sort of insulting to my intelligence. Nichkhun is a different case than Taecyeon and Chansung, because I think this rapping thing is just as much of a joke to him as it is to everyone else. Since he doesn’t even faux-rap, he just talks. He talks really fast and really breathily. And you know what- I respect that. Actually, no I don’t. But it is sort of amusing.

I’ll be honest, I kind of like Nichkhun’s raps- but only because he often incorporates english into them and listening to it makes me feel like I’m in some sort of ‘in-crowd’. But, as endearing as it is, I prefer his ‘La La La La La La, Pretty lady~’ over anything else.

Maybe in the near future the majority of rappers will once again hold their own title and place in group. A title and place that’s not just ‘the weakest singer in the band’. Because rappers shouldn’t have to sing- that’s not what they do. Rappers are meant to rap, singing isn’t the only way to define talent. Is Miryo from Brown Eyed Girls untalented because she can’t sing as well as the other three? No. Of course she isn’t. She’s talented in what she does. And what she does is rapping.

It’s upsetting that rappers are seen as the ‘black holes’ of their groups. And it’s even more upsetting that on most occasions it is true. The industry has diluted the actual worth of rapping into something as juvenile as spouting out words really fast- something a two year old can do. When in actual fact rapping requires almost as much, if not just as much natural talent as singing.