It was a liberating day when I was able to look in the mirror and finally admit to myself, “Salima, you are a K-drama addict.” That cloud of denial that had been hanging over my head for months had lifted, replaced with a sense of pleasant acceptance. Hundreds of hours that should have been spent writing papers, finding a new job, and getting a good night’s rest had instead been spent with gumihos, body-switching chaebols, and super hot Schedulers. And I’m not ashamed to say that I don’t regret a second of it. Well, there are definitely some I regret (yeah, I’m talking to you Spy Myung Wol!), but that’s another story.

It’s been over a year since I started watching K-dramas so I’m a relative newbie. But if there’s one thing I’ve learned, it’s that these types of television shows teach valuable lessons that you will rarely find in any other form of entertainment. Concepts dealing with family, marriage, friends, and long lost siblings that you may or may not have gotten it on with, are all explored in dramas, albeit through the fascinating lens of non-Westerndom.

As a single girl in my early 20s, I’m most interested in K-dramas’ themes of love. Dramas have schooled me on romance and guided me on my path towards finding true romance. So if you all wouldn’t mind, I’d like to share with you what I’ve learned about love through K-dramas.

There’s something about being rich that just hardens the heart, isn’t there? Whether your name is Dokko Jin, Gu Jun-pyo, or Cha Chi-soo, it’s clear that the biggest side effect of wealth is a stunted love gland. These guys toss out conventional methods of showing affection (you know, flowers, romantic dinners, jewelry) and instead opt for the alternative. I mean really, what says love more than continuously pointing out her flaws and forever trying to bring her into your world? That’s right, folks. Nothing says love more than that.

So what makes girls swoon at the idea of a guy who sees love as little more than an inconvenient math problem? It’s something I like to call the Secret Garden Syndrome: when a guy is so persistent, you can’t help but fall in love with him and have his children. These guys aren’t above defying their parents or compromising their dreams to get the girl. Add in an exorbitant amount of wrist grabbing and it’s just hard to say no.

Either that or it’s the ever-popular Playful Kiss Conundrum: when the cool rich guy ignores you so much that it’s practically an invitation for you to love him. They take “playing hard to get” to a whole new level. Perhaps it’s the age-old sentiment women have that they can turn that rich man’s heart of coal into a full-functioning organ. Or female characters see some goodness in these guys that’s invisible to others. Whatever it is, it’s unmistakable that rich guys, although emotionally challenged, always get the girl.

If you’ve ever studied evolution, you may have heard that most men are evolutionarily attracted to women with a specific kind of body type. K-dramas have proven time and again that that body type is boy. That’s right. If worse comes to worst ladies, pretend you’re a boy and you pretty much have him in the bag. You might also have to work in a coffee shop, join a boy band, or risk being kicked out of Sungkyunkwan, but it’s worth a try.

One advantage of the cross-dressing act is if he does end up falling in love with you, it means he loves you for you. Yes, the farting, burping, un-made up faced, tomboy you. It means that he saw your personality shine through the man act. And when he finds out that you are actually not a boy, he’ll be willing to ignore the tiny fact that you lied. You know why? Because he’ll be relieved that all this time, he’d been crushing on a girl and not a dude.

The best thing about pretending you’re a boy is he’ll never find out! No matter how many clues he is presented with (including, but not limited to, the fact that you have boobs), he just won’t see it. And when you think about it, this is close to your best option. Pretending you’re a boy gains you access to places that are otherwise forbidden. Places like the boys locker room, a boy’s bedroom, and eventually a boy’s heart.

Because that never ends well.

4. Find a way to live in the same house as him 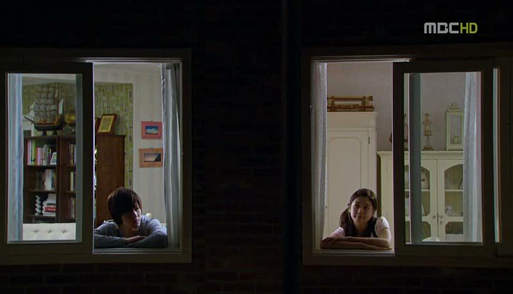 The only thing I love more than a marriage contract is a housing contract. This rule is arguably the most important rule and one of the most prolific motifs of the K-drama so I have to stress it. Find a way to live in the same house as him. Not in a stalker way, of course. Simply have your friends auction off your house to him, or mutually pretend he’s gay so he can stay with you. You could even pretend to be a relative of his or offer to act as his live-in bodyguard. Make any excuse—it doesn’t even have to be a good one. Because it always works.

When you live with him, you get to make all types of excuses to interact with him. Ask him to help you with your homework. Ask him to please call if he’s coming home late. Ask him to grab the salt on the top of that shelf because you just…can’t…reach…it.

Living together sets the stage for all sorts of hijinks. My personal favorites are the constant arguing and misunderstandings. Nothing else beats a yelling match that ends in a realization of true love. Other benefits of living together include accidentally walking in on him as he’s getting into the shower, accidentally mistaking his bed for yours, and accidentally making with the skinship. You see why this is so important, right?

K-dramas have built the framework from which I’ve learned to think about love. I hope that you all will seriously consider these rules, and through them, meet a rich, healthy, young man who you can trick into living with you. Not that I’ll be able to meet any guys. I’m too busy watching K-dramas.

What have you learned about love through watching K-dramas? What clichés, themes, and motifs stick out to you the most about the relationship between a man and a woman?