We like to throw the term “troll” around a lot. You troll, I troll, we troll, the study of Troll (Wambo anybody?), and now it has become normal to see trolls everywhere. But what is the definition of a troll? A troll is someone that goes to forums or blog sites with the attention to cause mayhem through various means for their personal amusement.

You guys see them everywhere especially if it is about a top-tier idol group, but sometimes trolls aren’t so obvious. Their favorite disguise is the OPPAR SARANGHE fangirl costume where they wreak havoc and cause an uproar of angry fan girls, and at the other side of the spectrum, they play the “anti-fan.” Trolls have different shapes forms, but if you love the K-pop world , then you’re bound to encounter them, even on Seoulbeats. The following is my 101 on what kinds of trolls there are and how to identify which is which. 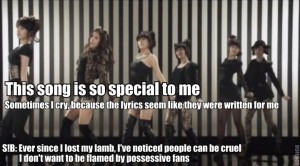 These kinds of trolls are the monarchs of their kind. I personally enjoy these trolls because most of the time they are witty. The things that they post are poetic and have such a complex deep meaning that it almost makes me cry for their beautiful work of art. These trolls really have us thinking about the deeper meanings of K-pop and opens up our perspective that otherwise would not happen. The most important thing about these trolls is that they are original. Nobody likes a repeat troller, so these trolls are more careful with what their craft, and can take some time before they execute, but when I see the whole framework in full throttle, I just slow-clap out of respect because that is true troll.

Now these trolls aren’t perfect either, because they were once humans like us before they turned into these troll creatures, so they mess up every now and then, but for the most part they bring entertainment because lets face it, we need a little chaos in our lives, or else it would get boring.

A popular troll that everyone loves is none other than Papa YG (Yang Hyun-suk). He has been known to troll especially when it comes to KBS. One example is “It’s extremely difficult for us to understand their sense of entitlement.” His sophistication with his trolls amuses me. These works of art were said during the time YG and KBS were in a he-said-she-said kind of problem. KBS accused YG of demanding a 3 song comeback for Big Bang, and soon afterwards YG fired back saying that YG (the company) didn’t do such a thing, and turned the table on KBS. This made KBS look butthurt, and it did not help KBS that YG did not allow any of their artists attend the KBS Gayo Festival either because of the KBS award system. The best part was when YG was asked why they were not attending. YG responded “there is no conflict between YG and KBS. It’s just we didn’t agree with the standards KBS’s award show used to determine the winners and we decided not to attend the show.” Talk about smack in the face to KBS.

Unfortunately these are the trolls that we see the most, and trust me, these kinds of trolls have no artistic value. These are the trolls that have the need to go to every SNSD video to comment “slut.” Like we haven’t heard that little piece before, and what’s worse is that these type of trolls feel proud of their trolling which makes me sick. Trolling should be an art form, not a cheap knock off.

At the other side of the spectrum when they are in their fangirl disguise they liked to be exaggerated like “OMFG I LOVE OPPA.” These posts are funny at times, but the expiration date is quick and most of the time these trolls have been using expired material that should have been thrown in the garbage a long time ago. These trolls can be compared to a bad meme that the original artist tries to force down on other people’s throats.

Idiot Trolls
These trolls are flat out stupid, and should be eradicated at all costs. These trolls have no sense of when the subject matter should not be trolled. Things like funerals, cancer, starving children, to name a few are things we should avoid trolling, but these trolls think that it’s okay to make inappropriate comments. Normal people’s reaction to such insensitivity would be… 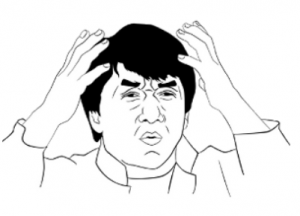 But instead of getting severely angry at these trolls, the best remedy is to ignore them. Since the majority if not all of these trolls want attention, they will go to desperate measures to get that recognition even if it’s bad recognition.

People Who are Actually Serious are Not Trolling
There isn’t much to say about these people except that they are the dumb/pathetic/sad and these kinds of people are starting to become the diamond in the rough of trolls. These are the types of people that the writers and I love to hawk on. We get so much enjoyment when their egos are crushed to the ground. [insert mad laugh].

Well here you go, this is my basic classification of trolls. There are really dumb trolls, but do not forget that not all trolls are bad, and that there are some awesome trolls. If you guys know any good trolls, feel like I’m missing some information or just want to comment, do so. I hope you guys enjoyed my trolltastic article; happy trolling!