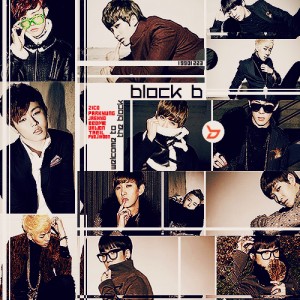 Dear Seoulbeats Readers: Your writer, Gil, is in love. Well, not really… more like she found a new obsession and her victim — if you haven’t deduced from the title — is the new(ish) group Block B.

Block B was created by Cho PD in an effort to create the next Eminem project, and as laughable as that idea may be, these boys aren’t your average run of the mill K-pop rappers. The group consists of 7 total members with a healthy mix of dancers, rappers, and singers. Both Zico and Kyung have roots in the underground hip-hop scene in Korea and their talent shows through their numerous mixtapes. The Block B boys are also known for being talented rookies involved in producing and writing many of their own songs, including five of the six tracks for their new mini album “Welcome to the Block.”

On February 2nd, the group released the music video for their new hip hop track NanrinA:

Before going into the analysis of the music video, there are some things I must note: One, while all the members were working their inner sexiness, Taeil comes out with a bowl cut and hipster glasses looking like the most precious thing to walk the earth since Yoseob. Two, U-Kwon’s line. You all know what I’m talking about. “I don’t know I don’t know I don’t know but I’m hot, hot. You know what, you know what, I mean, mean.” As if that tongue sticking out wasn’t enough, you go and say that line? There is a reason why your songs are banned. MOGEF can’t handle the sexy. 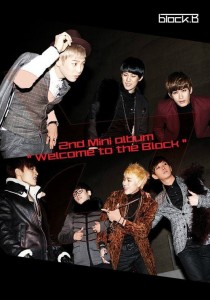 I loved the lighting in this music video. There were a lot of red and blue hues that added to the dark overall ambiance. The whole point was to set up for an epic battle (which did not happen!) between the two groups: Red Tiger and Black Dragon. The word Nanrina means “Going Crazy” and the shots of the members crazily grooving and dancing added to that vibe. The boys were trying to exude a bad-boy troublemaker feel, and the alleyway shots and industrial setting definitely added to that image. Usually in K-pop music videos, there is an element of solo shots, where particular members are showcased by themselves during their part of the song. In this music video, whenever a member had a solo shot, the other members of their respective gang were behind him dancing and grooving, which I thought was an interesting touch. Even though I was confused at the music video’s story, the shots were well taken and the colors meshed well with each other.

The boys had some questionable fashion choices and even more questionable dance moves (I’ve dubbed it the Gorilla dance), but they brought enough swagger to pull it off.  I was hoping for more of Jaehyo and Taeil (the main vocalists of the group), but even with the short lines they had, they managed to have a presence in the song. The shots of the two teams walking with complete and utter confidence and a look of “I’m sexy and I sure well damn know it” was fantastic. You know that these boys had fun and because it showed. 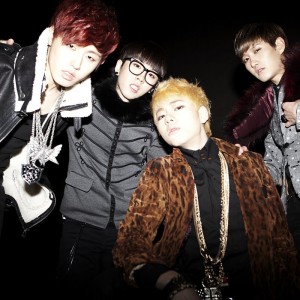 Emotional and intellectual value: 2 out of 5

The lyrics are essentially an expression of cockiness and praise for their girl-macking skills, almost like a the male version of 2NE1’s “I am the Best”. They have plenty of confidence and this song exudes that well, but are they trying to display some sort of deeper message? No, and the music video doesn’t seem to make much sense, either. The beginning sets a premise for an epic battle between teams Black Dragon and Red Tiger, but the MV pulled a Twilight on us in that the epic fight scene was non-existent, unless you count that earthbending stomp of Zico’s. The random  “Goo goo Ga Ga” in the chorus was odd, but these boys somehow owned it with their swag.

Even though the music video did nothing for me other than provide a source of intense fangirling, it is undeniable that there was a darkness and masculinity that these boys pulled off well. However, there were some shots that made me raise my eyebrows, one example being around 2:45 where Zico handcuffs a girl– the one that he ‘saved’ earlier in the music video — which is not cool bro, not cool. Other than that, the music video is a nonsensical gangster video where the boys step up their hip hop image and provides for good entertainment.

Although I will forever refer to this song as Narnia, Block B has stepped up their game and had a complete change of image. You could see the hard work and talent these boys put into their track and I would in particular recommend listening to “Lol” off of their new album.

What are your thoughts? Do you go goo goo ga ga over this like me or are you unaffected by the gorilla dance? Leave your comments below!