Year of the G-Dragon

After months of laying low, Big Bang’s Kwon Ji-yong, also known as G-Dragon, has reappeared in High Cut magazine, sporting a new look and new attitude. Much controversy has surrounded Big Bang in 2011, with Daesung’s car accident and then GD’s marijuana scandal. Winning the 2011 EMA’s “Best Worldwide Act” gave them the redemption they needed and they have since then appeared in YG Family Concerts. All the same, Big Bang has been very quiet as of late, but according the the group’s leader, they won’t stay in the shadows for long.

In his interview with High Cut magazine, GD alluded to some future plans involving solo members:

Taeyang and I plan to have solo activities this summer. We have a tight schedule this year, the fans should be looking forward to it.

… as well as future plans possibly involving the whole group:

I don’t just exercise to be fit but I am also preparing for the proposed world  tour for this year.

Solo activities? Possible world tour? And of course BB is meant to comeback on February 29th and release a Japanese album on March 28th. This year looks like it’s shaping up to be Big Bang’s year.

But back to the photo shoot. 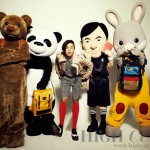 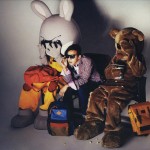 I’m a little confused about the theme of this photo shoot. An over-sized child with his toys? Randomness? I’m not sure. It’s interesting, though. A shadow-y white room gives GD and his furry comrades all the focus and makes him stand out. I like it. As for GD himself – when does he not look gorgeous? Alright, so he’s had some questionable styling in the past (I’m thinking of what Big Bang wore to the EMAs and “Knock Out”) but he’s always been fabulous to me. GD is one of those people that has the confidence and swag to pull off practically any look, so I don’t really find him looking strange dressed as a school boy in this photo shoot. Heck, I think he looks cute with those knee-socks and blazers. 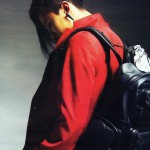 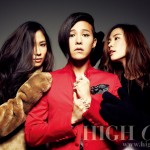 But then there’s his haircut.  I’m not sure if it’s just for the photo shoot or not, but I’m having mixed feelings over GD’s newest look. I actually prefer GD with longer hair. Like I’ve said before, he’s got the swagger to pull off nearly any look, and has done so in the past, but I’m always liked him best with longer hair because it makes him look even more like a pretty boy. Here, GD has half his head shaved and the other half long enough to reach his chin. It’s an edgy look, more polished than the fried afro he had during the GD&TOP promotions. It somewhat reminds me of a comb-over, however. But I think I’m going to go along with this hairstyle – nothing wrong with trying something new. 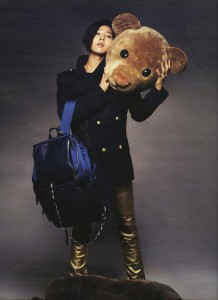 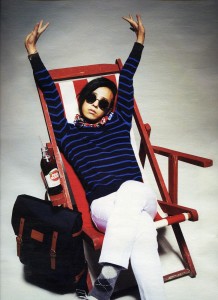 It isn’t easy for a guy to rock skinny jeans. Hate on me all you like – some guys just look shorter, awkward, or flat-out strange in skinny jeans. GD isn’t one of them. He looks faboo with his metallic jeans and navy peacoat. The backpack and teddy head give the image an odd combination of youthfulness and sophistication. The second picture is my favorite of the photo shoot. In it, GD looks cute and confident – it needs a caption saying, “What, b*tches?” or “IDGAF.”

For this year, I will try my best to work even harder than the others. I also know that I will be facing a lot of questions on my comeback. It’s okay though since I know and accept it is my fault. I will try to have a positive attitude.

I’m sure you will, GD. Hwaiting!

How much do you love G-Dragon in this photo shoot?