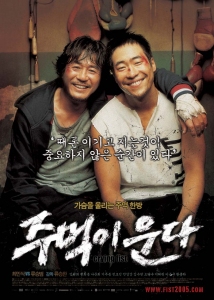 It’s kind of a curious thing that a sport I really don’t like could end up producing so many films that I do: Rocky, Raging Bull, Requiem for a Heavyweight, The Great White Hope, Killer’s Kiss. Even Chaplin’s boxing bit from City Lights is among my favorite Chaplin scenes. Ryoo Seung-wan’s gritty boxing film Crying Fist, starring Choi Min-sik and brother Ryoo Seung-beom, easily finds a home in that list.

The fight film is almost always one of redemption, and it’s no surprise when we meet Gang Tae-shik (Choi) and Yoo Sang-hwan (Ryoo) we find them stuck in dead-end paths that call for them to redeem themselves. In Tae-shik’s case, it is his wife and son who he has wronged most, failing them in every possible way, time after time. Tae-shik is the definition of a broken man, the next in line after Rocky Balboa (Sylvester Stallone, Rocky) and Mountain Rivera (Anthony Quinn, Requiem for a Heavyweight). Uneducated, a bad father, an even worse husband, Tae-shik is in throes of dementia pugilistica (punch drunk), but only knows how to box to make back the money he owes. At every step, it seems to be destined that whatever decision he makes is the wrong one. But his actions seem to be only halfway borne from a lack of brains. The rest seems from the deep bitterness of never making it as a boxer or a man.

For Sang-hwan, it’s more himself that he needs to prove something to. He’s gone so far astray that he’s found himself in a prison nightmare for manslaughter after a stick up gone bad. Life on the inside and outside become even worse for Sang-hwan until he finds boxing as an outlet. But boxing is the kind of thing that isn’t an outlet right away. It’s a rededication of lifestyle, but a frustrating one as you realize just how uncoordinated you actually are as you take beating after beating. But it’s easy to argue that Sang-hwan deserves the beatings he takes. He does. 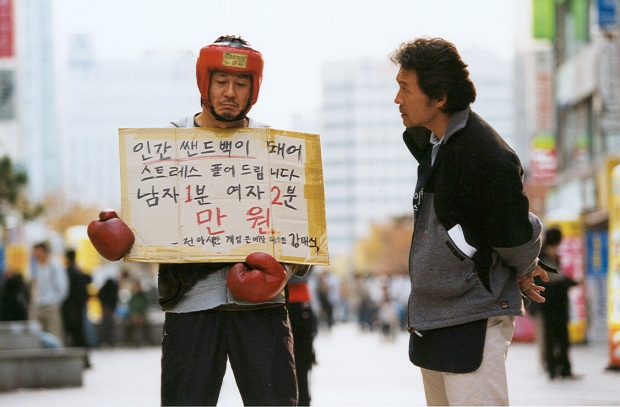 It begs a legitimate question: can boxing really redeem a person?

More specific than that, can boxing really redeem these two men?

For both men, it seems like boxing is the Last Chance Saloon. That it is only a lifetime full of bad choices that brings people to the brutal ballet. It seems to have an allure to it, that the training of the body can somehow contain a person’s worst instincts, or at least reel them in a little. It’s a theory that works well as a metaphor in film, though one Mike Tyson seemed to disprove in real life during his downward spiral.

Thus, it’s tempting to look at the two central characters as an old and young embodiment of the same man continually stuck fighting his demons, chasing his own tail around the ring in a never ending battle with himself, but it robs from the individual struggle each is fighting for. In the end they may not find redemption, but redemption is a fleeting thing anyway. Like the beginning of an education in boxing, redemption is a rededication of lifestyle, not something you get your fill of in one go. This is the first step, but there is a second. And a third. 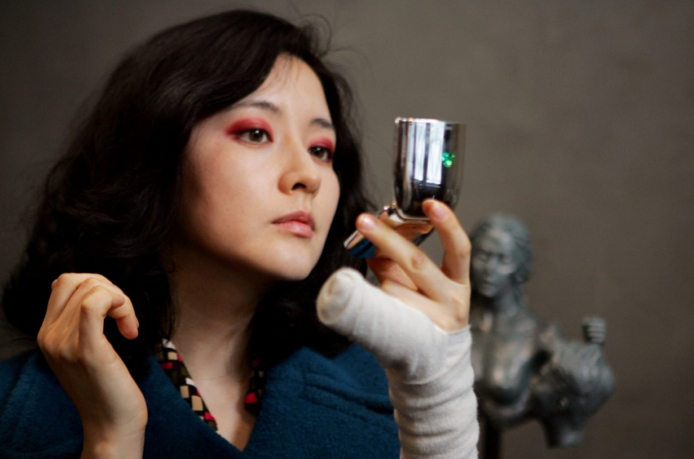