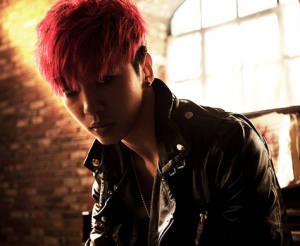 I became a Bang Yong Gook fangirl when “Going Crazy” and “I Remember” came out and I fell in love with his rapping and voice. I started to keep an eye on him and his upcoming group, so it wasn’t surprising that I watched the show “Tadah, It’s B.A.P” and this is all I have to say:

This show sets the premise of the group and their concept. B.A.P is a group of elite agents from the planet of B1A4AP224 on a mission to find an alternative energy source for their world and conquer earth. They plan to take over the world by debuting as idols since the alternative enrgy source is, apparently, the screams of fangirls.

Yeah, it’s like Vampire Idol except they’re not vampires. But it explains the bleach blonde hair — maybe all the inhabitants of B1A4AP224  are blonde; who knows — but aside from the ridicolousness of the concept, it was a pretty fun show to watch.

These boys are horrendous actors but it makes the gimickiness of their concept even funnier. 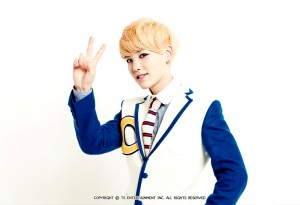 The show starts out with a mysterious (and badly edited) shooting star flashing across the sky during Bang and Zelo’s performance of “Never Give Up“. Who could it be? It’s the other three members, Young Jae, Dae Hyun and Jong Up who arrive wearing dark glittery face masks and black trenchcoats. They “speak” to their comrades who already were on earth for a while infiltrating the K-Pop music industry through singing and MCing. They have a mission to find another source of energy which we later figure out to be the fangirl screams. One should never underestimate the power of fangirls, and these boys seem to understand that. Underlying their concept is a slight jab at the entertainment industry, the boys are obviously making fun of industry through the fake ignorance of the alien idols that they portray.

When Bang Yong Gook is describing his conquests (primarily being his role in Song Ji Eun’s “Have You Gone Crazy” and his solo track “I Remember”) and mentions that he created a robot, Zelo,  to feature in “Never Give Up,” I knew that pretty little face of his was too good to be true.

The boys then are given a mission by the planet’s new governor, Secret’s Hyosung, to make a new greeting. Himchan has a very polite and respectful greeting, bowing down ninety degrees and saying

“We are B.A.P and we’ve come to conquer the universe.”

On the other hand, Bang Yong Gook offers a more aggressive and memorable greeting filled with yelling and that four-letter English word that rhymes with duck.

Overall the show is incredibly gimmicky but hilarious to watch, and their concept of being aliens set to conquer this world is ingenious and honestly bizarre, but they’re making a name for themselves. After seeing their Warrior teaser, I am inexplicably excited for this group to debut.

What about you? Do these aliens make you excited for what’s to come or did you facepalm?