Kara Trying to Teach the Japanese Korean: Will it Work? 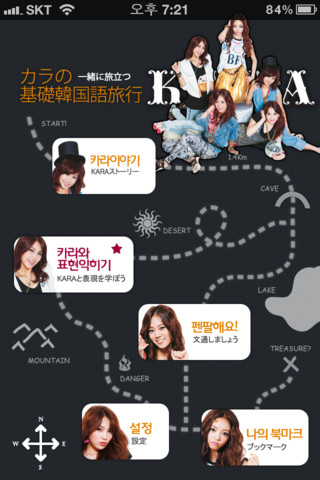 KARA’s incredibly busy overseas schedule, which is booked until April of next year, and the release of latest smartphone application isn’t only a reflection of their international popularity but also the growing interest in Korean culture. With over 400 basic phrases and 500 words classified into 5 essential subjects (greetings, meetings, transportation, shopping, and food and lodging), KARA’s Journey through Korean app for the iOS, is their fans’ best traveling companion. This exciting business endeavor between their Korean label, DSP Media, and leading Korean MP3 player company, COWON, turns this top K-pop idol group into instructors on Korean language and culture as well as cheerleaders who encourage their students to work harder whenever they fall behind.

With Journey through Korean, users can also practice their conversational skills with other fans through a pen-pal feature as well as connect with KARA through a fan letter function, which sends messages directly to the group. Now this app isn’t all work and no play. Along with an auto-translation feature, quizzes, and bookmarks for lesson review, KARA’s music videos, special photos and album information are at the users’ fingertips whenever they need a break from their studies. Too bad this app is only available in two versions: Korean-Japanese and Japanese-Korean.

Unless you’re a native speaker of either language, besides the MVs and cute pictures, this app might as well be useless to any English speaking fan whose fascination with K-pop has generated an actual interest in learning the language and about Korean culture. Language instructors push their students to immerse themselves in the culture, dedicate time to memorizing vocabulary, and hone their listening and comprehension skills by watching the news and TV shows in the foreign language, but is a language-learning application released by a K-pop idol group a reliable way to learning Korean?  And, is this just another K-pop related application, specifically targeted for speakers of a certain language, once more excluding English speaking fans? 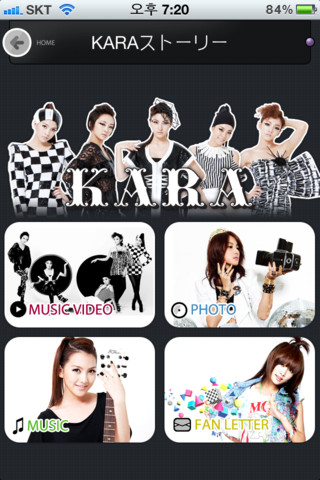 Although instructors advise watching Korean dramas as opposed to listening to nonsensical K-pop song lyrics, DSP Media’s collaboration with COWON in making KARA’s Journey through Korean and its counterpart Journey through Japanese, is a promising effort. In creating their language learning software Vokhan for their mp3 players, COWON has partnered with Korea’s ESL knowledge industry leader, Chung Dahm. Chung Dahm’s objective to revolutionize Korea’s ESL industry in 1998 has lead to partnerships with publishing leaders like Longman and Scholastic as well as Pearson, Cambridge and Cengage to publish and co-publish materials globally. Their partnership with China’s Tsinghua-Uni Group to develop Chinese language programs, has gained them recognition as the exclusive provider of the Quick Chinese language program in Korea.  They’ve also launched the first iBT (internet based TOEFL) simulation test website in Korea and an U-learning division (a web-based writing and mobile speaking program). Chung Dahm’s language learning curriculum is extensive and their collaborative project with DSP Media is not only a means for Japanese and Korean fans to connect with each other, but also to learn about each other’s cultures through a fun and interactive language-learning application.

Now, a few English-speaking K-pop news websites released reports about KARA’s smartphone application without any mention to its two targeted language groups.  While others have stated it is only available in Japanese-Korean and Korean-Japanese. Was the information considered irrelevant, or is news about the Japanese-Korean application of no interest to an English speaking audience? Whether or not it was deemed unimportant, the US iTunes description of the app is very vague and maybe even misleading. The ambiguity of the English language and the clever manipulation of words can make KARA’s popularity in Japan seem global just by calling it “international”. Yes, they have reached an incredible status in Japan so much so that they are constantly flying from Japan to Korea and this should be acknowledged and celebrated, but the reality is they aren’t global superstars yet. Still, this does not disclaim there are any KARA fans in English speaking countries or any K-pop fans in these countries who are interested in learning Korean and Korean culture. 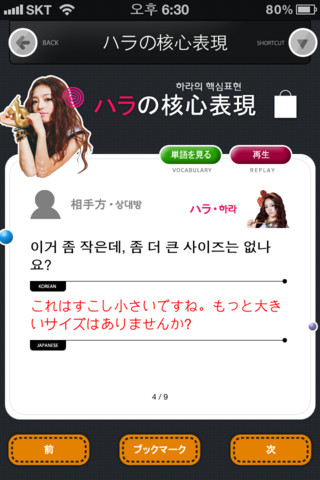 With Journey through Korean and Journey through Japanese, DSP Media has simply manufactured an application that fits its targeted audience: Japan and South  Korea. DSP Media’s focus, at the moment, isn’t KARA’s English-speaking fans and this is evident in how they’ve marketed KARA as well as Rainbow (which debuted in Japan late 2011). Most of those who listen to K-pop in the US, can vouch for how difficult it is to purchase certain songs on US iTunes since they just aren’t available. For example, with KARA, out of their three Korean studio albums, only Step (released in September 2011) is available and, out of their five Korean extended plays, only Lupin (released in February 2010) is available. None of their studio albums, compilation albums or singles under their Japanese label are on US iTunes.

SM Entertainment’s SNSD, on the other hand, has all their Korean studio albums, repackaged albums, extended plays, live albums and singles (excluding their Japanese discography) available for purchase. Since SM has expressed their desire to break into the English-speaking market, releasing all of SNSD’s past and current Korean work isn’t a surprise. For DSP, their focus is the second largest music industry not the first and this is understandable considering traveling distances between Japan and Korea as well as the cultural and language barriers between the US and Korea.  Also, taking down the smaller giant first is wiser than going straight for the largest.

While the idea of a language-learning app is a great one, it also reflects where K-pop stands at global level. Its main market still lies in the corners of the Eastern hemisphere. That other idol groups may follow in KARA’s lead and create their own language-learning apps, or the possibility of KARA making a Korean-English/English- Korean version is speculation, but that K-pop is now viewed as a means of educating fans about Korea should be acknowledged. This opens up opportunities for new developments and new marketing strategies. K-pop, after all, is viewed as a product and where there is a high demand that’s where companies will focus most of their marketing to expand the growing Hallyu wave.