Recording ended surprisingly early! Because it’s been a while since we’ve done something masculine that goes hard, we even named the song ‘Go Hard.’ The song is like a 2030 version of Method Man & Redman that Gaeko and I enjoyed in our early 20s. Our rap combination was well done and Simo&Moodschula’s futuristic beat which gives, hrm, I’m not sure what it is but I like this feeling.” -11:00PM

As both childhood friends that grew up on the same block and musical pioneers, Dynamic Duo‘s endurance and innovation has brought a non-existing genre into general Korean Pop culture. With their “Digital & Analog” album series, Dynamic Duo has both commemorated their 10th year anniversary as well as established themselves within the Korean Hip Hop scene with their diverse musical style, powerful lyrics and rapping skill. Released virtually a month after its “digital” counterpart, Digilog 2/2 is the second half to their 6th album, which focuses on acoustic sounds as opposed to digital sounds.

Claiming difficulties with shaping their many ideas into one cohesive album, Choiza and Gaeke divided their various concepts and stories into two ‘brother’ albums, each with their own distinctive musical personality. As opposed to its playful and sweet digital half (a collection of their top hits from the past decade and 5 new songs), Digilog 2/2 has a bold and masculine sound and is compiled of 10 new songs, showcasing a different dimension of magnetism to the duo. 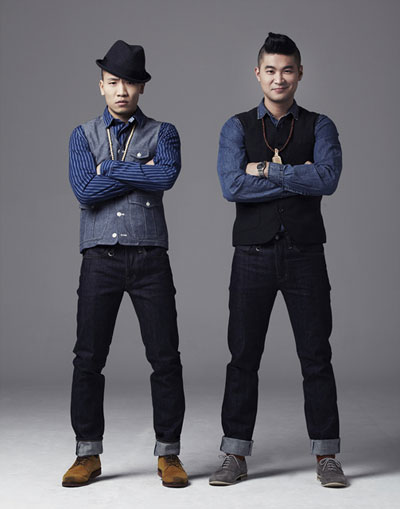 Dynamic Duo’s experimentation with digital/analog sound led them to work with a handful of star producers like Simo&Moodschula, Philtre, Loptimist, Primary and DJ Soulscape as well as artists such as Simon D, Yankie, UV, Jung In, and Haeng Ju of Rhythm Power. From their dominant vocals over Simo&Moodschula’s strong ‘futuristic’ beat for “Go Hard” to their emotive vocal arrangement and catchy chorus in “Without You,” their ability to convey two opposing moods and tones (that are only a track apart, no less) with a smooth transition as well as their lyrical and vocal versatility shows both the group’s and album’s balanced duality.  From the straightforward drumbeat and sensual guitar melody of “Innocent Prisoner” to the synthesizer beat and auto-tuned yet melodious vocal arrangement of “Namsan Woman”, their knowledge of various musical styles as well as management of instrumental and rhythmic elements is displayed in a clean manner.

As Dynamic Duo are considered veterans and pioneers in the Korean hip-hop scene, Digilog 2/2 demonstrates both their musical range as well as their elevated rapping skill level. In “Misunderstanding”, Choiza’s steady style is displayed in how well he controls his rhymes’ lyrical speed in conjunction to his expressive delivery giving a very masculine feel. Gaeko’s style has a cocky yet charming quality. His delivery is so ardent that, at some moments within the rhyme, it sounds like he is literally “spitting” his words. He manages the acceleration and deceleration well and the moments when he quickly takes a breath heightens the mood. Choiza’s steadiness and Gaeko’s passionate delivery bring a nice balance making each song sound very clean and natural.

Along with its digital counterpart, Digilog 2/2 represents the same attitude that Dynamic Duo had towards urban music, performances and the business in general when they started their independent label Amoeba Culture  — an attitude that, according to the duo, means “endless transformation, always hip yet stay[ing] true to the origin”. Having already expressed their distaste for the rise in popularity of “radio-friendly rappers” such as MC Mong and Cho PD, Dynamic Duo has tried to maintain credibility and remain true to hip-hop. this is present in their ‘brother’ albums, which cover a range of hip-hop styles. Digilog 2/2 reflects hip-hop’s essence during the 1990’s (when the genre was at its truest) as well as its influence on Choiza and Gaeko and their diverse musical style.

Dynamic Duo released both albums within months of being discharged from their 2-year military service. During an interview on Naver Music, Choiza mentioned how their desire to write had condensed to a point that, when it came to composing lyrics for the album, they faced little difficulty mainly because they enjoyed the process of “making something new”. Their “Digital & Analog” project is the first album series of its kind in Korea and embodies the 10-year career of one of the most innovative groups in the Korean Hip-Hop.

Dynamic Duo is currently planning a nationwide tour, and is also arranging for their performance in the U.S. 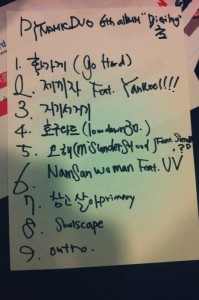