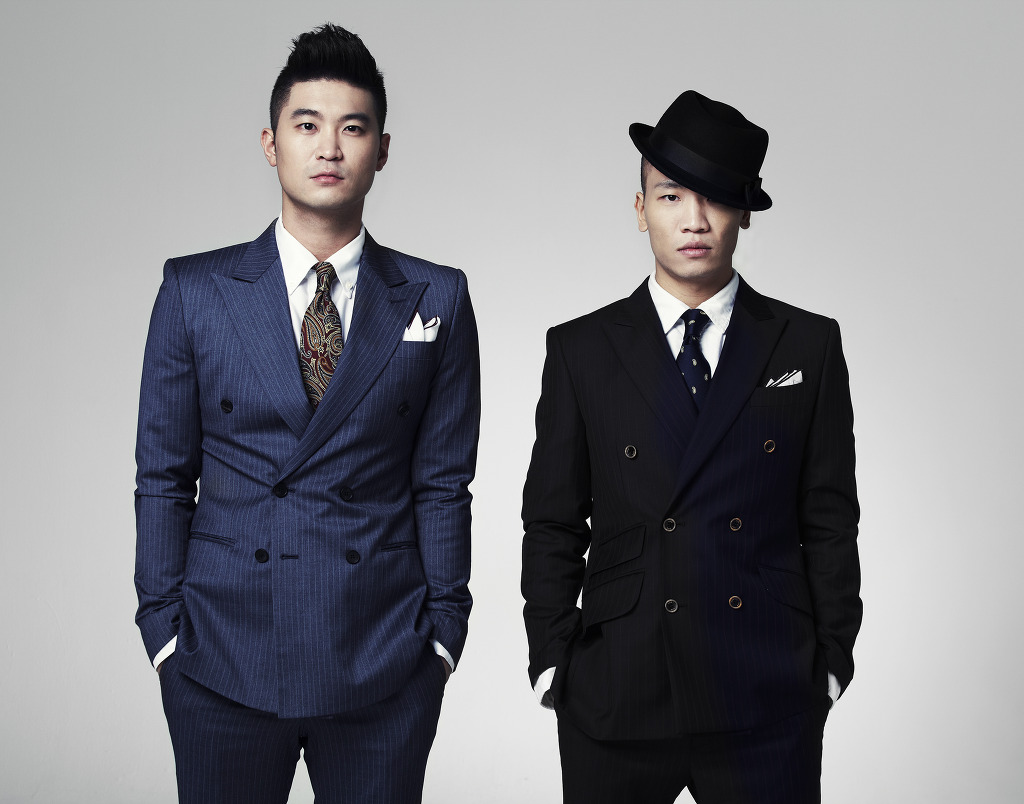 Since their last album in 2015, Grand Carnival, Dynamic Duo is finally back with their single “Nosedive.” The single features Chen, member of idol group Exo, whose sweet vocals complement the deep, melancholic voices of Gaeko and Choiza. This collaboration is the first of many to come from Amoeba Culture‘s Mixxxture project. The project works towards producing collaborations between artists from other agencies and those signed to the hip-hop label.

Founders of Amoeba Culture, Dynamic Duo, offers its audience a bittersweet track with “Nosedive.” The lyrics to the song, written by Gaeko and Choiza, delivers an uplifting message to its listeners, one that is comforting and immensely poetic in its musical delivery. With soft beats and a soothing melody grounding the track, the lyrics in the verses are moving in its poeticism that is laced with a melancholy and weariness with life. In the song’s verses, Choiza and Gaeko’s voices deliver a story of one struggling to find hope in a seemingly directionless life:

These days, life is like spring and fall
The good thing about that is
Everything passes by quickly
Some people turn me into someone who isn’t me
They put me up and down
Then they leave me

Chen’s voice interrupts this lamentation of life with vocals that feel like a shelter from a turbulent and unyielding world. The silent strength embedded in the chorus offers an encouragement to its listeners, a flickering light of hope as it comforts:

When things are hard
You can just cry in pain

The song has an added dimension of poetry in the beautifully constructed MV – one that carries through with a pensiveness. None of the three vocalists feature in the MV. Instead, the MV follows an elderly man as he strolls through an expansive field of grass. He trudges on in this seemingly endless journey as the field stretches on all around him. He pauses to smoke a cigarette and continues walking, stops and continues once again. The elderly figure’s slightly hunched back looms as he occupies the centre of the screen. He walks on against an unchanging background.

At a certain point in the MV, he starts running but visually, it appears as though he remains still in the field that extends into the horizon. No matter how hard he tries to move forward his background remains static – like he has not moved at all. Paired with the lyrics, the MV dramatises the lethargy towards life that seems especially poignant for an elderly man who has already strived through numerous years of living.

Yet, there is a nuance to the simplicity of the MV – it communicates its words of encouragement through a quiet sense of fulfilment expressed by the elderly man. At the start of the MV, he is sitting in the middle of a road that stretches far behind him. He is donned in a suit and fedora – a dressing that is out of place in the natural landscape he passes through. Standing on an empty road in formal attire, it seems to me that he is preparing to embark on the last moments of his journey – moments that necessitate a certain formality. 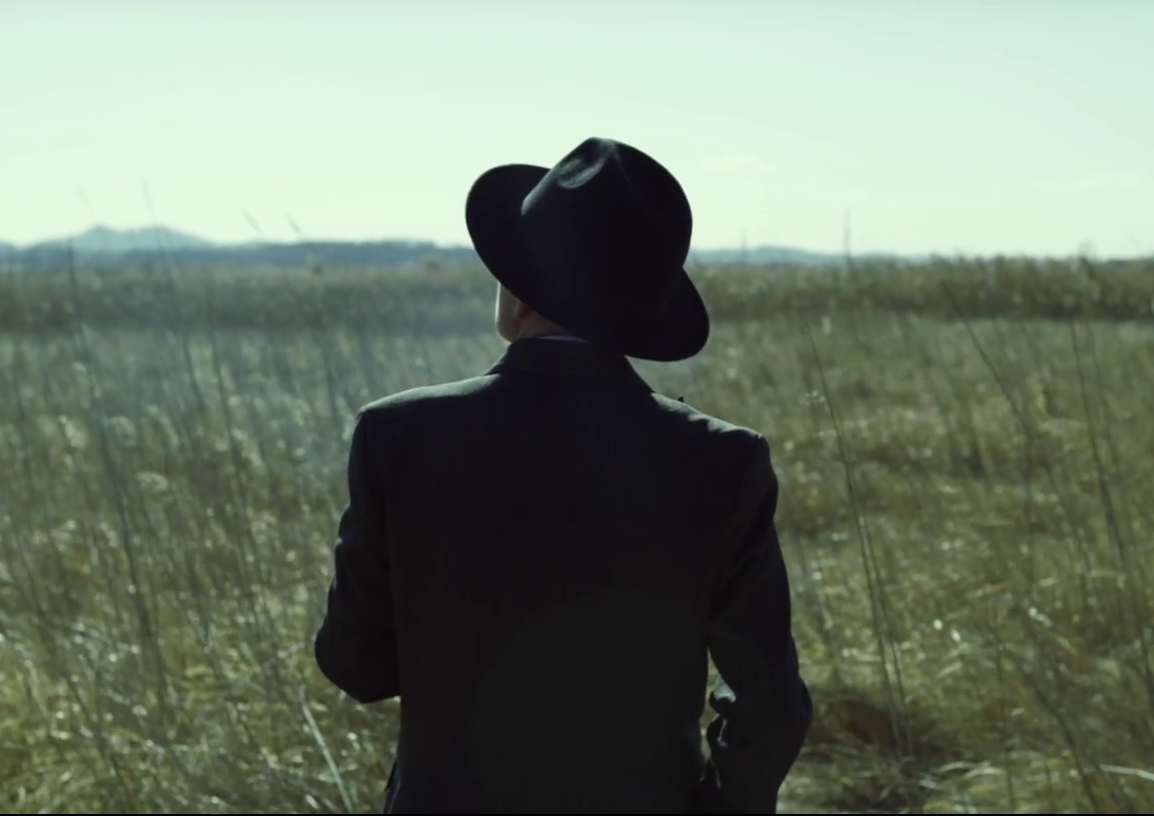 The lone figure of the elderly man is stately, inspiring a respect for one who has and continues to traverse the wilderness alone. Yet, the lone figure is ultimately striking in its loneliness, almost like he is stranded in this forlorn place. There is an emptiness that seeps through onscreen watching an elderly figure march through the wilderness by himself. He mimes the playing of drums with his hands at the beginning of the MV, clearly indicating a space yet to be filled on this road he is on.

The MV ends with him stopping at a cluster of barren trees. He stands before them and admires them. These trees have lost all their leaves, and perhaps like himself, are past their age of blossoming. There seems to be no spring in sight, especially in this desolate grassland. It seems a fairly bleak image to end with, laced with the notion of an acceptance of the inability to move forward.

However, I see the image as an uplifting one not only because of the message that is conveyed through the lyrics. Rather, in pausing in his step, the elderly figure can finally rest from an endless wandering. These trees, though barren, are fixtures that mark the grass field whose edges cannot be seen. They are signposts and though barren, remain beautiful in the thought of having once flourished. Perhaps, the scene itself is trying to convey to its audience that there is value in resting from a life of striving, and there is nothing wrong in letting all the leaves fall at times. Instead, there will be more springs to come even if there is no end in sight. 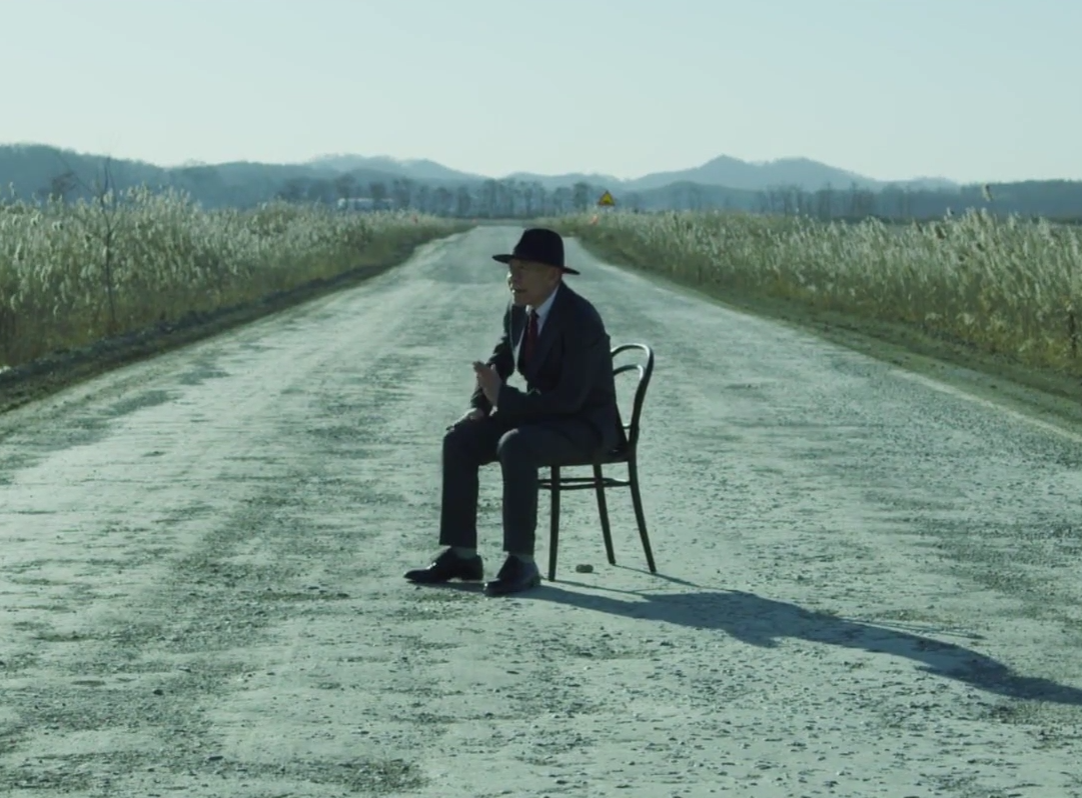 The MV’s final scene returns to the same image as the one in the beginning. Only this time, the elderly man is actually playing a set of bongo drums. Unlike before, the image now is complete. The road still remains endless but the emptiness has been removed, replaced by a sense of comfort that settles in one’s heart. The MV comes full circle as the song comes to an end, offering its audience a reassurance of hope to battle a life of weariness. The song’s message manifests itself onscreen elegantly through its MV, affirming music as a source of reprieve, an enclave to rejuvenate oneself and find a means to be content with the road thus far.

The song clearly indicates a gratitude towards an individual for his or her support when times are hard. Chen, as a male collaborating with Dynamic Duo, decentralises romance as the main theme of the song. Rather, with the vocals being entirely male, the song becomes more universal – it is a song that is meant to offer hope to anyone in need of it. “Nosedive” presents itself as a song that I see as a warm hug offered to its listeners when we feel like we are on the verge of crumbling. Without asking for anything in return, Dynamic Duo and Chen has presented us with a beautiful gift that deserves to be treasured.

Personally, this song has found a space in my heart, a source of comfort when life seems to be too much to handle. The first of the Mixxxture project, “Nosedive” has set the bar high and it seems there is much to be anticipated for in the upcoming collaborations.