Now that you’ve seen the red carpet for this year’s KBS Drama Awards, it’s only fair that we take a look at what SBS had to offer at their own drama awards ceremony.  One of the trends that could be seen among the ladies were dresses in pale neutral shades ranging from nude to a slight gold or pinkish hue.  The men had more fun with their wardrobe at this event,as we saw many depatures from the generic tuxedo.  The cast from the popular drama ‘Protect the Boss‘ were on hand to collect a variety of awards, including New Star Awards (Wang Ji-hye and Kim Jaejoong), as well as Best Acting Awards, Teen Star Award (voted on by teens) and the Best Couple Award (Choi Kang-hee and Ji Sung).  Choi also won the Netizen Popularity Award.

Wang Ji-hye wore a standard awards show dress, a lovely yet generic one-shoulder number.  JYJ member Kim Jaejoong wore a monochromatic suit, sans tie for a laidback twist.  The Best Couple were cute as they goofed around on the red carpet together.  Choi Kang-hee’s flirty short dress was paired with her shiny slingbacks, while Ji Sung’s dapper velvet jacket was very suitable for the wintry event. 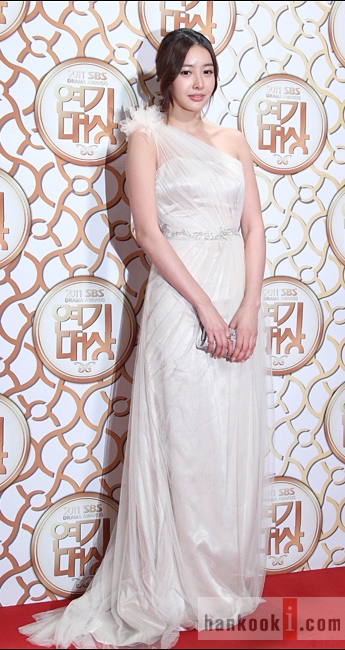 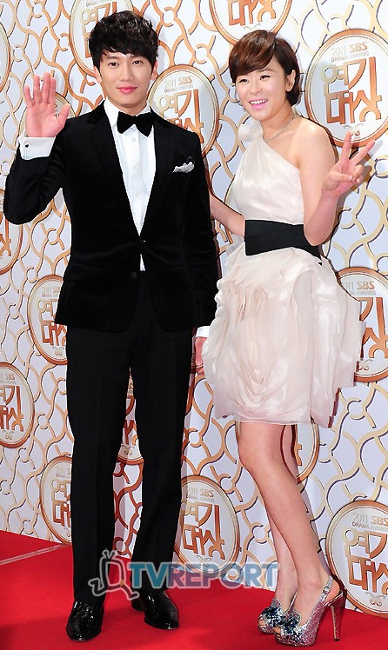 Jung Yoo-mi and Seo Hyo-rim won New Star Awards and were winners on the red carpet as well.  Jung’s dress was covered in sequins, but the muted golden color kept the dress from looking gaudy.  Seo’s elegant lace overlay dress was simple yet stunning, especially in comparison to a similar dress from Seo Woo that looked like a sheer, tacky disaster; the actress herself looked uncomfortable in the get-up.  Another red carpet loser was 49 Days‘ Lee Yo Won, whose dress was reminiscent of an elderly woman’s drapes.

‘Tree With Deep Roots‘ co-stars Yoon Je-moon and Shin Se-kyung walked the red carpet together; he wore an ombre-style suit that was silver at the shoulders and gradually turned black.  She donned fun, bright dress from Nina Ricci that was very age appropriate for the young starlet.  Another couple on the carpet was Scent of a Woman co-stars Kim Sun-ah and Lee Dong-wook.  He wore a standard tux and she wore a simple burgandy dress with a dramatic slit on one side.  The understated looks went well together.  Finally, the most unfortunate look of the evening was Sung Hoon, who’s off-beat red velvet suit jacket should never have seen the light of day. 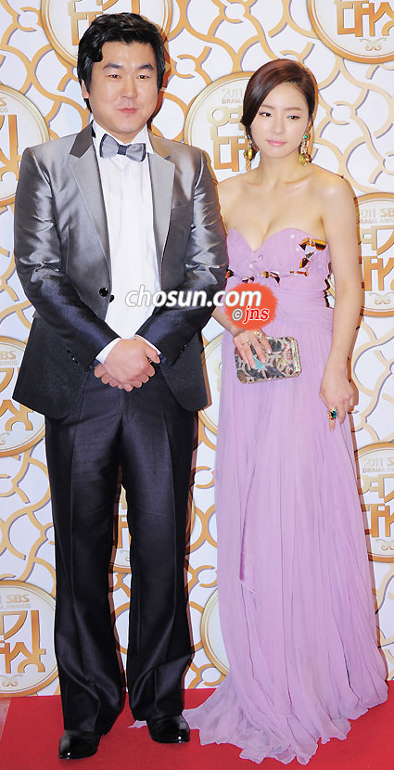 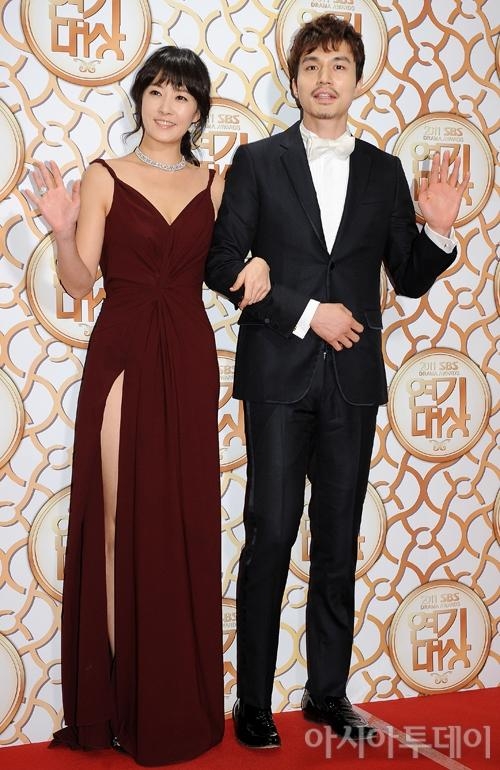 Who looked the best for this event?  Stay tuned for the final installment covering MBC’s show! 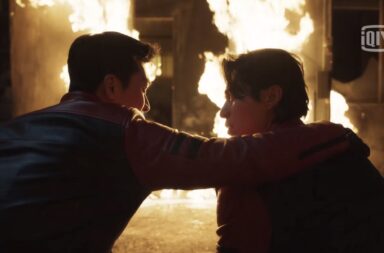