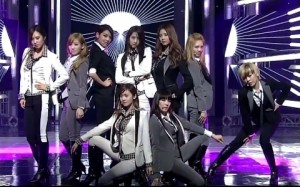 Most of us can recall all the hype preluding SNSD’s comeback last October. The girls were going to try something new, their album was supposed to be dramatically different from anything they’ve done in the past, and they were suddenally supposed to be all about girl power and independence. What SNSD actually delivered only served to disappoint people that were expecting something far more dynamic than chanting, a bird, and rose petals.  SeoulBeats writers and readers have already expressed their disappointment in “The Boys” again and again, so I feel as if it would be redundant for me to talk about the overall unimpressive album. But SNSD’s comeback wasn’t a complete disappointment. Their title song, “The Boys” is, for better or worse, different from what they’ve tried before as evident by my love for “The Boys” fashion. Some people were really happy with SNSD’s comeback, and although I was left unimpressed, I thought they actually took a step forward.

Here is where I explain why I thought SNSD took a step forward:  regardless of whether or not “The Boys” was about girl power or Girls’ Generation power, it did have a stronger and more independent feel than SNSD’s previous hits, such as “Oh!” and “Gee.” Furthermore, for a long time, SNSD dressed the same. When they first debuted, their outfits showed more individuality, but this slowly disappeared as the girls started gaining popularity and began dressing alike. Their outfits would have little differences in details or sleeves or length or color, but were primarily uniform overall.

This is especially true once they hit the “Genie” era. But “The Boys” was different. The girls wore distinctively different outfits that were rarely cutesy or girly. Instead, many of the outfits had a more sophisticated, mature feel, brought on by equestrian styling and menswear details. In a world where K-pop girl groups typically wear the same cutesy, girly get-ups, this was definitely a step-up. And although their performance of  “Spring Day” back in October alluded to the different outfits being a “The Boys”-only thing, I was hopeful for a trend. Maybe, just maybe, SM would progress further, maybe they’d continue to style the girls in different outfits and continue to try to inforce a strong, independent woman theme in their future concepts.

But I was wrong. I was so wrong.

Pretty much everyone everywhere, SONEs especially, were hoping that SNSD would next promote one of the better songs on their new album, such as “TRICK” or “Oscar” or “Lazy Girl.” But out of either laziness or flat-out Why?-ness, SM decided to promote the Korean version of “Mr. Taxi” until 2012. Why? Don’t ask me. It’s not like the song isn’t awkward to listen to or that the girls have already promoted the Japanese version earlier this year. It’s not like it’s one of the worst songs on the album. But, wait, it is all those things.

I’ve even heard stans lament about the Korean version of “Mr. Taxi,” wondering why SM decided to make it and why it’s being promoted over other songs. But perhaps I should cut SM and SNSD some slack. The girls are outrageously overworked and maybe they couldn’t find the time to learn new choreography for one of their newer songs, so SM decided to stick with something the girls already knew. Sure, the public gets sort of a raw deal but at least SNSD won’t have to work themselves even harder than they already do. It’s not like SNSD was going to regress in some way. 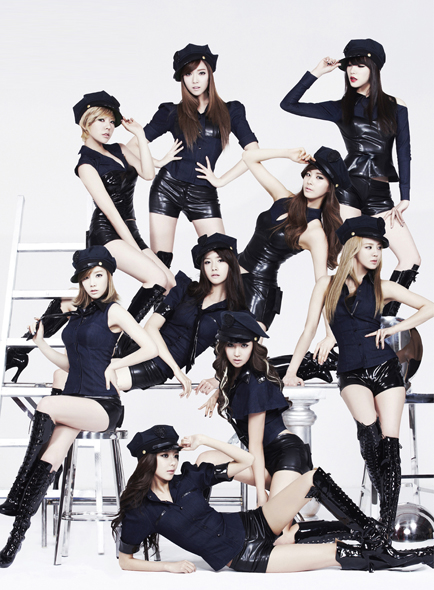 Anyone ready for some roleplay? 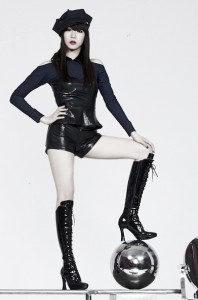 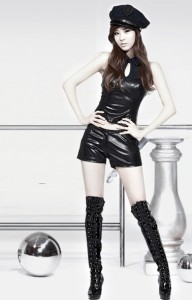 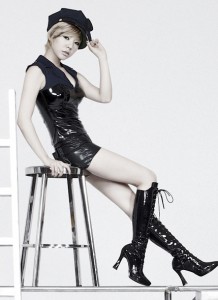 I’m also curious as to whether or not SNSD will be able to embody this look. More than likely, their future music videos and performances will probably never feature BDSM elements (thank goodness), but it does look as if they’re going after a more tough look. I’m not getting my hopes up. The girls are just too sweet to look like BAMFs. Even when they did “Bad Girl”, the girls looked wholesome and harmless. Their attempts to convey attitude in “The Boys” only made them look snooty and condescending. They just don’t have da swagga and no amount of leather, bad rapping, or hype is going to change that. 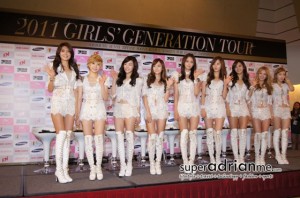 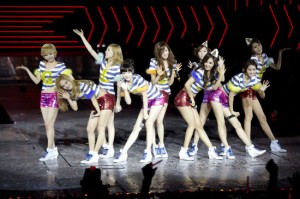 Besides their newest promotional pictures, SNSD wore their old performance outfits at their recent Singaporan concert. These outfits, if I’m not mistaken, are more than a year old. Don’t K-pop groups get new performance outfits every few weeks? Why are they wearing these old things?

It looks to me like SM and SNSD took one step (or half a step) forward and then two steps back. They went as far as to try something new with “The Boys,” bringing in a new sound and new concept, and than revert to their comfort zone of skimpy lookalike outfits and bubble pop (which is what the rest of their album mainly consisted of). While bear in mind that SNSD is not the only group to have sexualized concepts, their use of fetish-like appeals can’t go overlooked. As someone that likes SNSD, this development left me severely disappointed. Rather than moving forward and trying something new, they’re working backwards to what they’ve always been known for. From my standpoint, SNSD hasn’t progressed at all musically, conceptually, or even performance-wise. Many of their recent performances have been lifeless and disjointed. In fact, they’ve been showing signs of regression. Hopefully, SNSD will be given a better song and fresh concept next year.

What are your thoughts on SNSD’s new promotional pictures for “Mr. Taxi”? Do you like this look and song or do you wish they were promoting something different? Has SNSD, in your opinion, regressed?