It's a One Way Chance for B1A4 and MBLAQ

One Way’s lead man Chance, recently tweeted that he was beginning production on both B1A4 and MBLAQ‘s new albums. And can I just say, I have already started saving money so I can buy both albums as soon as they hit the shelves. Because B1A4 and MBLAQ are about to come out with two of the best albums of 2012.

I like K-Pop for the music. No really, I do. Which is why the recent state of the K-Pop music scene somewhat depresses me. Not that there still aren’t great songs out, because there are. But what saddens me is that producers who were once the kings of K-Pop, producers who used to crank out memorable tune after memorable tune, are beginning to go stale. Call it irrational sentimentality if you will, but to me I was just as invested in these producers as I was in some of the idols — after all, they are the ones who make the music.

When it comes to K-Pop, different idol groups tend to use the same producers every time. Which probably attributes as to why so many producers are becoming redundant and composing the same old electropop sound we’re so tired of hearing. YG generally uses Teddy‘s compositions for almost all of their artists, which resulted in 2NE1‘s hot mess of a full album last year. SM has Yoo Young Jin producing not only their artist’s Korean singles, but Japanese ones too. And oh my, Yoo Young Jin is a genius, but come on now. I actually do still like quite a bit of his compositions, but let’s not pretend he’s not getting a little bit ridiculously rudimentary. 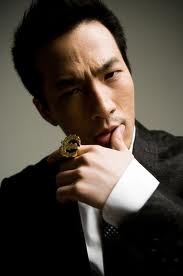 It’s not only a problem for in house producers, but other ones as well. The K-Pop bubble is so small, everyone knows everyone, so naturally the same producers are going to be used by quite a large amount of idols. E-Tribe went from creating what is my favourite K-Pop song of all time, ‘It’s You‘, as well as other classic hits such as ‘U-Go-Girl‘ and ‘Gee‘, to being the evil masterminds behind Dal Shabet. And then we have the go to hit makers — the Brave Brothers. Whose sound  has become easily recognisable in the world of Korean Pop, and I do not mean this in a good way. Brave Brothers does not know how to make his clients sound good, and instead sucks the life out of them and drenches them in the same old processing and synths which have become an integral part of his trademark ‘brave sound’. He had somewhat of an one hit wonder with After School‘s ‘Because of You‘, but everything else he’s produced for the likes of SISTAR to Rania have been forgettable. Brave Brothers should just go on a holiday for a while, or I don’t know, maybe actually learn how to read music???

Oh, there is also hitchhiker, who to me, is worse than the Brave Brothers. At least the Brave Brothers have clean production, at least their songs don’t cause headaches. Something about hitchhiker’s works just come out as very congested to me. He puts in these random staccato synths in the instrumental (which isn’t really an instrumental as it is just a glitchy mess) — and although they worked for his one hit wonder ‘Abracadabra‘ by Brown Eyed Girls, for everything else it just comes off as rather obnoxious. Not to mention I have no words for how bad his latest production is. No words.

However, just like E-Tribe, Yoo Young Jin, and Teddy, I do believe somewhere deep inside, both hitchhiker and the Brave Brothers have the ability to come up with good music. But I also believe all of them are too caught up with catching up with the tired electropop sound which dictates whether a song is going to be a hit or a miss.

So where does One Way and Chance come into all of this? 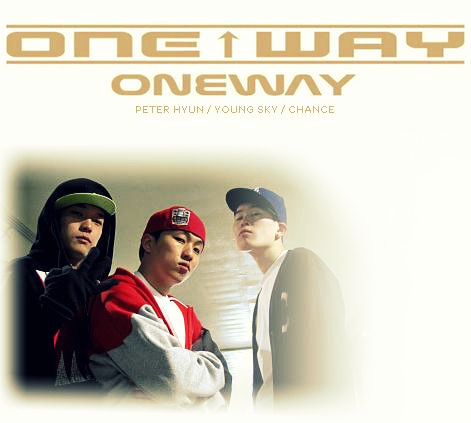 In an industry where the big hit makers have become redundant, and where most popular acts rely on the big hit makers, One Way is somewhat of a breath of fresh air. The RnB/Hip Hop trio consisting of Chance (Michael Kim), Young Sky (Cho Jun Young), and Peter Hyun, debuted in March last year with their single Magic, a mellow RnB track which is as shiny as a gem can be.

January 2011  marked the release of their album ‘Rainy Days’, which was one of my favourite releases of the year. The trio have sited Musiq Souldchild and Ne-Yo as inspirations for their compositions, and it shows in their work. With the production of One Way’s songs having a clean and smooth style lacing them together, much like their inspirations. Many of their tracks also have a very chill and laid back, but still very sensual atmosphere to them, a musical style that does well to warm up your insides. Their title track ‘Rainy Days’ feat 2PM’s Junsu is a perfect example of how sensual but clean their production can be. Other favourites from the album include ‘Flight 101‘ and ‘Coffee‘.

From their debut onwards, it was clear that this trio were self-sufficient, they knew who they were and what they stood for, and they’re what’s keeping the sound of RnB alive in K-Pop today. They have fast made themselves a name to remember — with a musical identity which is as individual as you can get in K-Pop, as well as some big names on their side. Chance of One Way has been involved in the production of songs for some big K-Pop names. Such as the song ‘Like A Movie’ by 2PM, one of the best tracks on their 2011 album ‘Hands Up’. 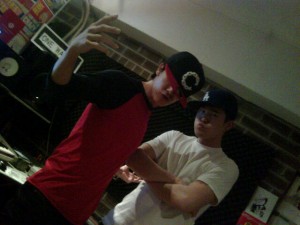 Chance has also worked with Donghae of Super Junior, collaborating with the Super Junior member for his Super Show 3 duet stage with Eunhyuk, which is essentially a male version of ‘The Boy is Mine’ by Monica (at least lyrics wise), called ‘I Wanna Love You’. One of my most played songs this year, and combining the composing prowess of Chance, as well as Donghae (who is quite an amazing composer himself), the song literally oozes with, and excuse my lack of a better word, unf. Donghae and Chance’s bromance is possibly one of the best things to happen to K-Pop, and I wouldn’t mind if these two just composed all of Super Junior’s songs from now until forever — since their other collaboration is the very light but melodic song Y on Super Junior’s otherwise underwhelming fifth album.

Unfortunately for Super Junior, it doesn’t look like SM is planning to hire Chance to work with them. Instead, the honour goes to MBLAQ and B1A4, and at the moment I am confident that if any group is going to stand out in terms of production with their next album, it will be these two. Simply because Chance is composing them, and what’s notable about One Way’s first EP and first album, is that not only are the tracks strong, but they are also cohesive — something which so many companies are forgetting when they’re slapping songs to make their idol’s next album. With One Way, their album works well as an actual album, and isn’t just a platform for their lead single. And Chance has a way of tying all of his productions together without it coming across as repetitive.

Although MBLAQ debuted with quite an anti-climatic debut song ‘Oh Yeah‘ (which had an amazing teaser which was a complete lie), ever since the release of Cry, the production value of their singles have been increasing at an exponential rate, with their latest release ‘Mona Lisa‘ completely nailing the Spanish influence they were attempting to incorporate into their debut song. I can only imagine that this new album will be another step in making MBLAQ one of the most recognisable idol groups in the new generation of boy bands. All they really need to work on now is their greenness and sub-par live performances, which — if Young-Ji’s recap of the K-Pop Masters Concert is anything to go by — they’re improving at as well. 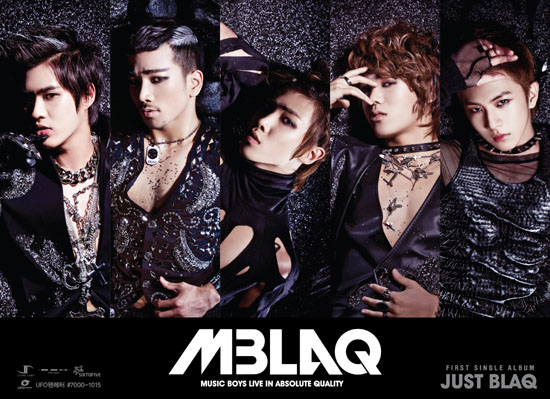 On the other hand, B1A4 started out awesome, and continue to be awesome. I don’t even feel bad for liking their cute-dorable debut song ‘OK‘. It’s Pop music after all, sometimes all you need  is some well made, and well executed, bubblegum pop to make you squeal out ‘Oppa!!!’. Chance has actually worked with B1A4 before to compose their fourth promotional track ‘My Love’, and although it isn’t as much of a guilty pleasure as ‘OK’ was, it’s still a great song. And the thought of a whole album with the same production quality as ‘My Love’ makes me rather giddy. If there’s any band that deserves top notch material, it is B1A4. And if there’s any band that deserves to come out of the idol group saturation successful, then it is B1A4 again.

The only reservation I have is the possibility that Chance becomes overwhelmed with production jobs from different groups — although I am happy for him — there are only so many ideas in the world. And just like with Teddy and Yoo Young Jin, I am a bit afraid that all the work will take a bit of a blow on his creativity. I mean, you can only compose so many songs in bulk before a lot of them begin sounding redundantly similar.

However, I am also confident that anyone with musical integrity will be able to get back in the rhythm even after having a bit of a funk (I mean, Teddy is slowly getting back up on his feet. And Yoo Young Jin proved he is still very much capable of impregnating the female population with his work on DBSK‘s follow up single ‘Before U Go‘). And all of One Way, from Chance to Peter to Young Sky, pretty much ooze with musical integrity. So for now I will suppress my worries and remain on the edge of my seat, anticipating what One Way, and Chance, are coming out with next.