Like Young-ji mentioned in her earlier recount of Kpopmasters, experiencing K-pop in person and being around giggly idols can melt even the iciest of K-pop fans’ hearts.

Okay, it’s not that dramatic, but it did make me see a lot of artists in a different light, because while these acts were performing songs they’ve already performed hundreds of times before, they were doing so overseas and in front of an audience that probably don’t have the same palates as the Korean audiences the songs were meant for, which means that they did have to put in more effort. 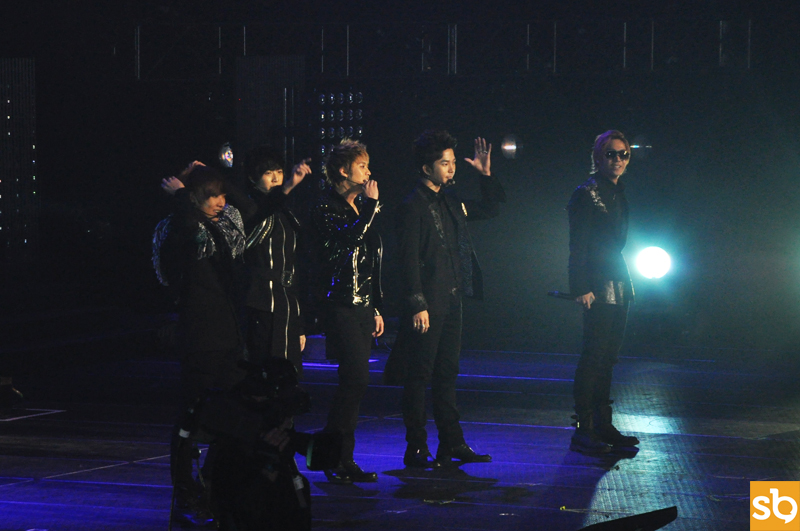 As a K-popper who has paid attention to MBLAQ sparingly — only through certain song promotion periods — I was genuinely impressed with how much I liked everyone. It helps that they’re a group and they can bounce off each other when there are awkward lulls in front of audiences and press. I never really paid attention to G.O. or Joon, but in a moment of semi-crisis when there were some rocky parts during the press conference, they broke the ice. I know that these guys are entertainers and this shouldn’t stick out to me as much as it did, but that impressed me. Thunder and Mir were comfortable enough to properly rile up the crowd and we know it can be tough — they’re all tired enough to not care, and know so little English that they could’ve not tried, but they did.

All of these are obviously important aspects of a live concert. Watching artists perform on Youtube ends when the videos end; there’s no physical element of patiently waiting for the artists to transition themselves on and off stage, or what they have to do with themselves when they have to address a crowd that’s very foreign to them. Even watching recorded footage of concerts is different and hard to translate. Some artists were a lot more graceful at preventing awkwardness from taking center stage, like G.na and MBLAQ, while others were not, or at just reverted to the same sort of lines and statements that they’ve used thousands of times before, like DBSK and SHINee.

The live element also made me reconsider certain songs, performances, and the artists themselves. DBSK’s Keep Your Head Down was just ridiculous live. I don’t love that song in any manner but it was one of the most powerful performances I’ve ever seen, no doubt maximized by the extreme bass, and all the roaring fires and shooting sparks doing their part to rope me in. 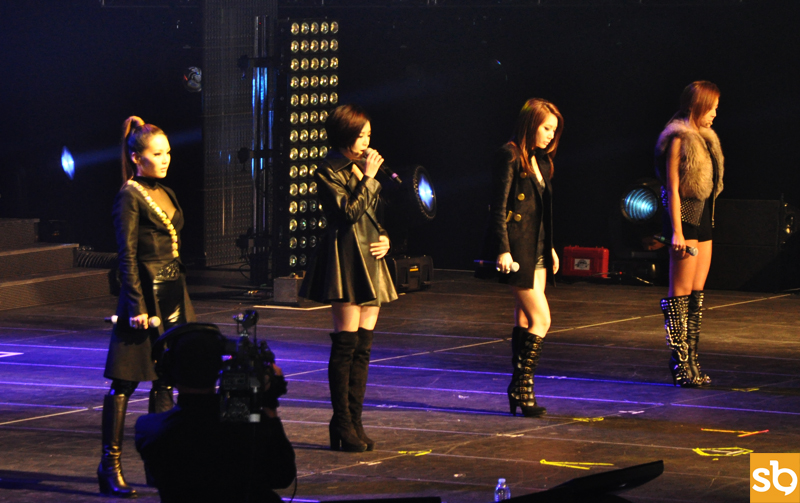 The same goes for Brown Eyed Girls‘ Sixth Sense. I might be the only person who doesn’t like Sixth Sense, but I admit it, I don’t like that song. The girls are good, but I always found the song too shrill by itself without the aid of sound systems that only arena stadiums house. Well, let’s just say that that performance also blew my mind during Kpopmasters. BEG are insane live and know how to work the hell out of a stage in all manners, something you can maybe see on Youtube from time to time, but don’t really know ’til you feel it in person.

In terms of changing my perception of artists, I was surprisingly taken aback by SHINee. They performed for only one night of the two, but I was pretty disappointed with the performances. Here’s the thing: I’ve liked and followed SHINee since they were first announced by SM Entertainment. I love watching them on stage because I think they’re such disciplined artists that they take professionalism to a whole new level. But because they’re so good and so on point all the time, when I finally watched them live, it felt like their performances are not so much about enjoying the performances as they were about SHINee getting on stage and just going on autopilot. It’s become routine for them, and they were always so good with routine, that it doesn’t look like they enjoy performing the songs that they did. I’m sure it’s because they were barely rested with their busy end-of-year schedules, and they only flew in a couple of hours before the concert started, so I don’t blame them at all. It was just a whee bit surprising because they weren’t even bad — they were just so good yet emotionless that the performances felt empty.

Watching this concert gave me a lot of food for thought. I’ve seen a fair amount of K-pop artists live, but only at their own concerts, not at a mixed event like Kpopmasters. Seeing all of them perform after one another did remind me of the variations in styles, techniques, and concepts between entertainment companies.