When Rania debuted with Dr. Feel Good, I absolutely loved it. It displayed excellent vocal skills and just something different from the average cutesy idol group concept. They were sexy. Recently, they released their new mini album Time to Rock Da Show. They teamed up with the Brave Brothers to churn out tracks Time to Rock Da Show, Pop Pop Pop, and Goodbye. Unfortunately this is a rather lackluster album for two reasons: choice of producers and title song choice.

Brave Brothers are the men behind Brave Sound, and they are the number one reason this album sucks. All 3 songs are not good. They’re so typically K-pop, and in a bad way. These girls have so much talent and they are really strong singers, yet their vocals aren’t utilized in a way that makes them shine. They might as well have auto-tuned their voices. They just sounded like every other idol group. Additionally, lately all of Brave Brothers music has been sounding the same. Much like Pop Pop Pop that sounds a bit similar to  Sistar‘ s So Cool. Goodbye is a better song, but not by much. I know we all hate Teddy Riley, but this mini album has nothing on Dr. Feel Good. 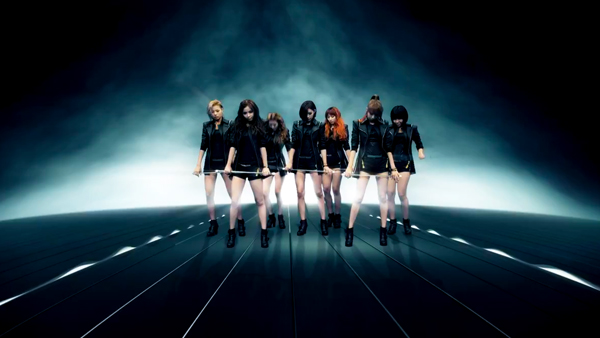 Secondly, their title song Time to Rock Da show sounds like 51 seconds of nothing. The majority of the song is just instrumental. Their promotional song Pop Pop Pop is completely lackluster, and they should have chosen Good Bye as their title track.

Overall, the album is nothing that I would expect from Rania and left me rather disappointed. I almost feel they just got songs that nobody wanted. It would have been fine for anyone else but for Rania I think I expected more. I thought their comeback would have something as fierce as Dr. Feel Good, but I was sorely disappointed. I honestly think Brave Brothers ruined their comeback and as much as you don’t like Teddy Riley, he gave them a relative hit and a song different than those that other girl groups promoted.