It’s no secret that Oldboy is being remade in Hollywood. We just didn’t know when and who. Finally, the date and the cast has been revealed! Well, kind of. Originally, Will Smith and Steve Spielberg requested on remaking Oldboy, but there were legal issues that led to a full stop on continuing the remake of the film.  As it seems like Spielberg and Smith gave up on Oldboy, Spike Lee has picked up the slack and officially became the director of the American Oldboy remake. Instead of Will Smith being the main character, Spike Lee choose Josh Brolin to play the villain and Christian Bale to play the main character. Josh Brolin confirmed his role while Christian Bale still remains unanswered.

Can you imagine these two actors as Oh Dae-su and Lee Woo-jin? I don’t know about you, but Josh Brolin is not really my first choice or second, or ever. The film No Country for Old Men is what he is known for, but even in that film, Javier Bardem stole the spotlight.

On the other hand, Christian Bale, the Batman, as Oh Dae-su? That will be really something to look forward to.  I still can’t help but to feel disappointed that Will Smith isn’t going to be part of Oldboy, I really do think he is a better candidate than Christian Bale. I feel like Will Smith has more aggressive and vicious acting skills like the character Oh Dae-su. Christian Bale or Will Smith? Even though nothing has been confirmed, I can’t stop but to wonder who will be picked to play the characters in Oldboy.

Oldboy in Hollywood, make it or break it?

Whoever is receiving those offers to be part of Oldboy’s cast, how will this remake affect the film in general? Hollywood keeps remaking foreign films, but Oldboy isn’t just random foreign film. It’s a film with the title “Korean Masterpiece.” This film has won many awards including Grand Prix of the Jury at 57th Cannes Film Festival, Best Director, Best Actor, Best Editing, Best Illumination, and Best Music at Grand Bell Awards, Best Foreign Independent Film at British Independent Film Awards, and etc. It’s a film that introduced Korean films to other countries and will forever remain as the one of great Korean films ever made. Remaking the film will definitely mean changes. Adjustments of the film can either ruin or better the film. I feel like Spike Lee is somehow going to ruin it. It’s already a great film and many Americans and Europeans have already seen it. Therefore, is it necessary to remake the film with Americans when everyone can watch the original Korean film with subtitles? I guess, the fact that it is being remade in Hollywood means that the film has been recognized and has achieved such a success that Hollywood is even considering it for remake. Do you think Hollywood will ruin Oldboy or somehow succeed in it’s own way? The remake of the film is supposed to start filming in March 2012 and will be released in 2013. Of course, these are all just rumors and nothing is confirmed yet. But, it is true that Oldboy is being remade by the director Spike Lee.

What are your thoughts? Who will be the better cast? Will the remake ruin the film? 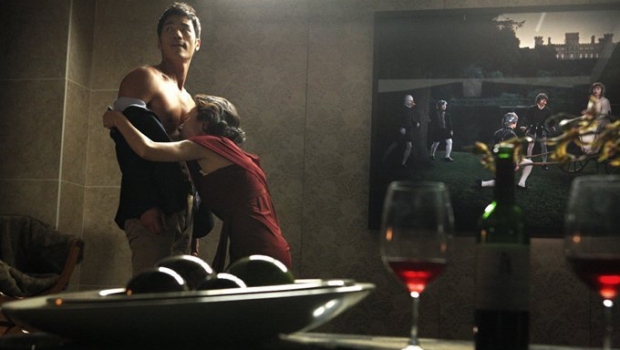